Beats n’ Stuff #11: I Know What You Scrobbled Last Summer 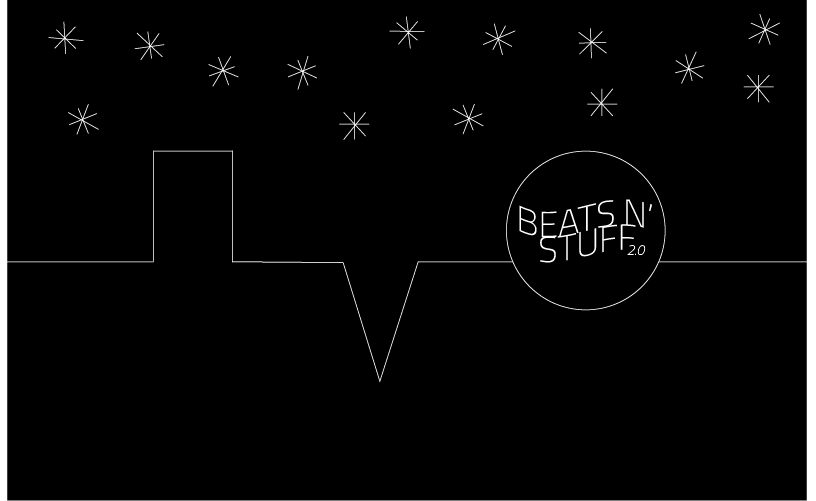 I’ve had a Last.fm account for eight years. Eight. Years.

Glancing at that join date is pretty daunting. In those eight years that I’ve had a Last.fm account I’ve gone through puberty, had a Myspace, deleted a Myspace, created a plethora of other social media accounts, graduated high school and moved out of my rinky-dink small town to go to college, and most importantly: drastically changed my music taste. Last.fm has been there with me through all of that, whether I knew it or not.

Last.fm, for the uneducated, is a music social media site that “scrobbles,” or tracks what you listen to, and caters lists according to it. For example, my top played ‘overall’ artist is Kanye West. However, at the turn of my music taste as a budding indie aficionado, I deleted a lot of the artists I listened to in the past. In truth, my top played would probably be rock group Say Anything, but that fact is now lost in the realm of 17-year-old “pop-punk is dumb” era-Caty.

In 2007 I was 15, young, angsty, and really into pop-punk, as any young girl would be. My first concert was My Chemical Romance (of course), and I loved Fall Out Boy (and anything signed to pop-punk staple Fueled by Ramen), Say Anything, and Brand New more than I loved myself. Music was a ride or die type of hobby, and I wish I was as passionate about music today as I was as a 15-year-old teen (…says the girl writing a bi-weekly music column).

The most insane thing about my long, presumably lost last.fm account is that it’s still active, scrobbling my music unbeknownst to me. Every now and then I’ll get a notification from the app on my computer, but other than that, I rarely check it anymore. I hope that Last.fm keeps scrobbling my music for all eternity, and exists as a relic for teenage-me’s sake.

This playlist, “I Know What You Scrobbled Last Summer” is dedicated to the forgotten pop-punk tunes everyone seems to pretend they didn’t listen to. This column will be more of a walk down memory lane, so you can skip down and listen to the playlist if you don’t really care to read sentimental garbage from yours truly. Proceed at your own risk.

1.) “Colorblind” by Say Anything

When I first saw Say Anything, I was chaperoned by my mom to the Warfield. I was up in the balcony, but I remember seeing Say Anything, my favorite band at the time, and how passionate their performance was. Hellogoodbye closed the night, and I left with my mom to catch Bart home, only to run into frontman Max Bemis in the lobby. I was 15 and star-struck: here is this dude whose lyrics meant everything to me. When he autographed a goofy belt I had bought from the merch booth, I damn near wept. I saw Say Anything a total of three times in my youth, and they never let me down.

Taking Back Sunday’s Tell All Your Friends is a pop-punk classic, and a record that I listen to far more than I care to admit (but here I am, admitting it). “There’s No ‘I’ in Team” catalogs the scandalous feud between other pop-punkers Brand New (specifically frontman Jesse Lacey, who was formerly a bassist for Taking Back Sunday). As a teen on the Internet, reading about their vehement band drama on Livejournal was the equivalent to skimming through celebrity tabloids in line at Safeway.

3.) “Honey This Mirror Isn’t Big Enough for the Two of Us” by My Chemical Romance

4.) “The Future Freaks Me Out” by Motion City Soundtrack

A Facebook friend recently posted a status about an alleged Commit This to Memory, their most notable album, tour Motion City Soundtrack embarked on, much to my dismay. I didn’t go, but I wish I had. Motion City Soundtrack encompasses the nerdy-side of the pop-punk scene, with their highly danceable tunes and earnest lyrics, and even features production by Blink-182’s Mark Hoppus.

5.) “My Heart is the Worst Kind of Weapon” by Fall Out Boy

Back in the day, Fall Out Boy and their signed record label Fueled by Ramen were everything to me. FBR was how I found new music and kept up with the music I already loved. When I went to Warped Tour years and years ago, my heart was broken when Cobra Starship and The Academy Is… held their meet and greets simultaneously, I chose to meet the latter, which I don’t think I regret. Regardless, Fall Out Boy was opened a massive door to a lot of music for me, and even if their music past their album From Under the Cork Tree isn’t really my taste, I appreciate them nonetheless.