We are 43: the fight for justice continues 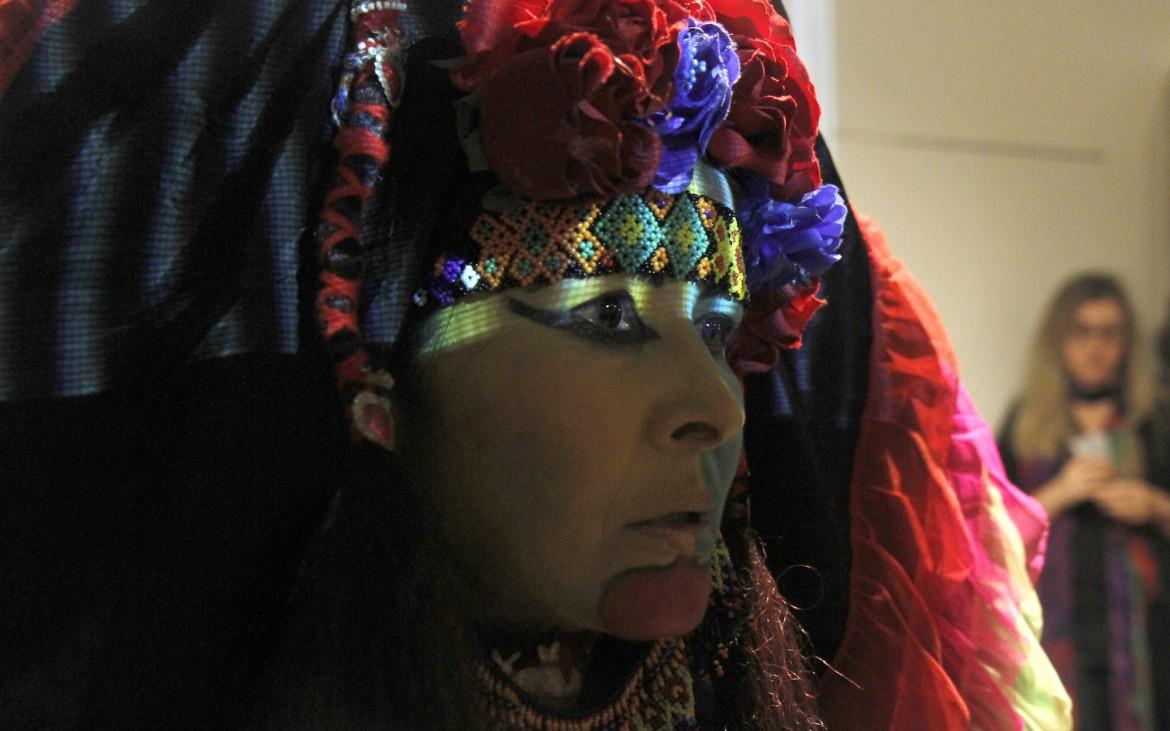 In a small gallery in Potrero Hill, Code & Canvas, more than 300 residents, artists, and activists wait to connect via Skype to Omar Garcia. Garcia is the colleague of 43 college students who disappeared on their way to a protest against a mayoral candidate in Guerrero, Mexico. A projector reflects Garcia’s image on a white wall. There are technical difficulties, but organizers resolve the problem and Garcia begins to speak.

He tells the audience about the hard atmosphere that exists in Mexico; specifically, in Iguala, Guerrero.

“The family members and we, the students, believe our peers are alive,” Garcia says in Spanish. “We are basing this on the inconsistencies of the investigation that the PGR (Office of General Prosecutor) has shown,” he adds.

Bay Area artists, who come from different backgrounds, primarily from different countries of Latin America, are raising money to send to the families of the 43. The money will help fund an independent investigation of their disappearance, requested by the parents. Although 3,800 miles separate activists in San Francisco and in Guerrero, they have one thing in common with the people of Mexico: They want justice against what they believe is a corrupt government with the drug cartels.

On Sept. 26, 43 male students from Raul Isidro Burgos Rural Teacher’s College in Ayotzinapa were kidnapped by police and turned over to Guerreros Unidos (United Warriors), a criminal organization in Iguala, Guerrero.

According to a press conference held on January 27 by Tomas Zeron de Lucio, head of the criminal investigation agency and Jesus Murillo Murillo, Mexico’s general attorney, the PGR had detained 99 suspects related to the case. Murillo stated that the 43 students were killed and burned by drug traffickers from Guerreros Unidos. Students’ parents challenged the report due to lack of evidence. The evidence presented in the conference relied mainly on the drug traffickers’ confessions. The Mexican government has only been able to identify the body of one of the 43 missing students.

Activists in Mexico and around the world have demanded that the Mexican government provide concrete evidence of the case. They are also calling for the indictment of politicians who were allegedly involved in the disappearance.

Bay Area artists that include painters, musicians, and dancers organized an event called From Ayotzinapa to San Francisco – We are 43. Artists created their artwork inspired by each of the 43 students. The paintings in the exhibit are part of a silent auction.

Chelitz Lopez is one of the organizers of the event.

“We started this effort with the idea of bringing together the community around this cause, showing the students’ families and the Mexican people that we would not forget these disappearances or ignore the daily injustices that continue to occur, and to raise a little bit of money to support the families who have not been able to rest for more than four months now,” Lopez wrote in a Facebook post for the event.

“Definitely justice is a topic that it is important to all of us,” he says in Spanish.” The case of the student-teachers is a case mainly related to social justice, and is an example of criminality of a government that acts in a way that it is very arrogant and with a lot of impunity.”

Herrera says that the three sections of the song is united by the beat of his drum that represents the beat of a heart and the hope that the students are still alive.

Jose Cruz, one of the artists who helped to promote the event, explained that the idea of organizing the exhibit was inspired by a similar event held in Mexico City where 43 Mexican illustrators painted the faces of the 43 using different techniques and shared their portraits on social media with the hashtag #IlustradoresConAyotzinapa (Illustrators with Ayotzinapa) as a way of remember them.

Ramiro Garcia is one of the three persons from the audience that makes a comment to Garcia via Skype. He has tears in his eyes and speaks with a broken voice.

“I’m glad you have not been one of the students who disappeared,” he says in Spanish.

The SF State Spanish Department will hold an event called Remembering the 43 Students in Ayotzinapa Mexico on April 18 from 10 a.m. to 5 p.m. The event plans to gather panelists that will present literary essays, poems, music and art in order to raise awareness for the ongoing issue.