It’s All About Bridal Fashion Week- For Now. 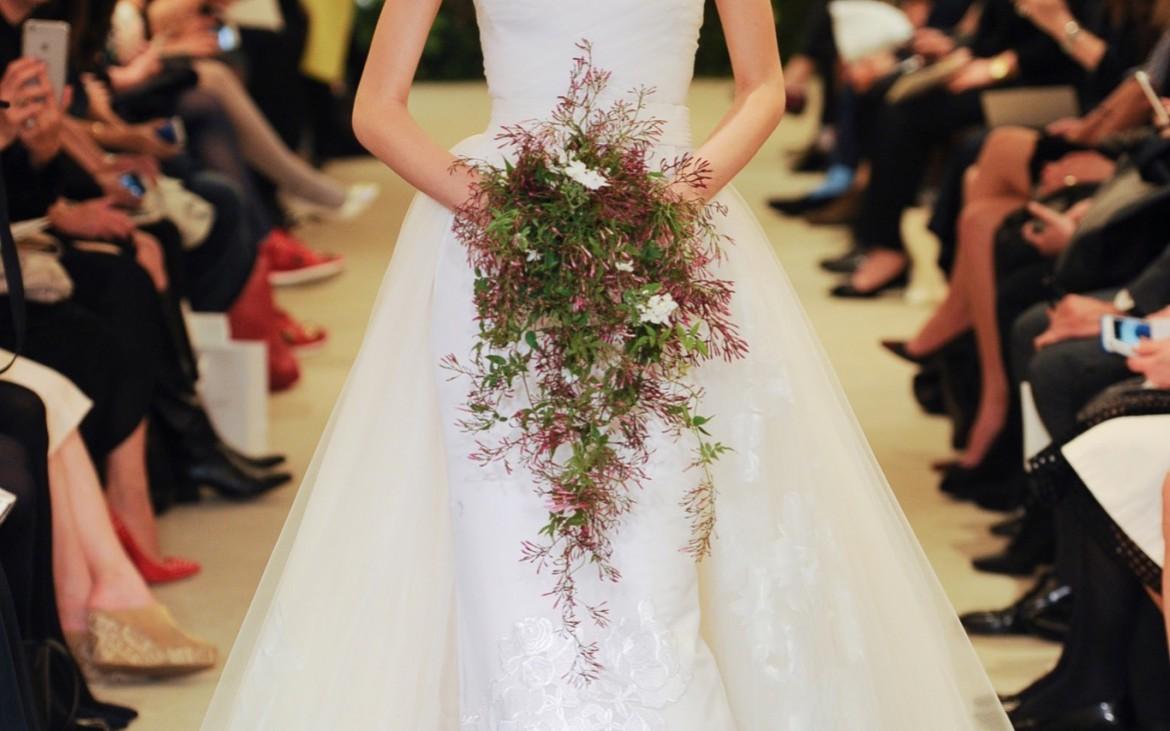 If you are affluent in fashion, you know very well of Paris, New York, Milan and London Fashion Weeks, whether it be spring or fall; but are you well-versed with Bridal Week?

This writer, was not. I always knew that some designers, like, obviously, Vera Wang and Oscar de la Renta, were known for their bridal gowns, but I never knew that there was a dedicated week for showing them off, like there is for the above mentioned fashion weeks. I guess when you are not a soon-to-be bride you are not too concerned with designer bridal gowns. However, after one look, I was hooked.

Bridal Fashion Week is much more than just bridal gowns, it’s a chance for designers to entirely change the scope of what traditional wedding gowns are “supposed” to look like, in each of their own particular ways.

Vera Wang, who has dressed Heidi Klum and Chelsea Clinton for their weddings, displayed quite an existential modern day collection. The line screamed for millennial attention, while simultaneously exuding millennial characteristics: dignified, yet daring.

Classic silhouettes, structured, and trimmed with lace, but sheer, with black accents; generally a big no-no for the big day, Wang decided to run with it, creating a new scope for the new modern bride, while still staying true to her previous bridal lines.

Oscar de la Renta himself still can be seen in this season’s Bridal Spring 2016 line, even with his passing last October. Peter Copping, the new creative director for the brand, told Vogue that he wanted this line to be entirely focused on the bride… Ahem… who else?

“You have to remember: Most of these dresses are seen from behind,” Copping told Vogue. “That was something I really wanted to consider: to think how it would look when the bride is in front of everyone, and to make it as gorgeous as the front.”

Now that’s all sorted out, we can focus on the collection. Copping was able to retain the regal elegance that de la Renta set forward when he began his fashion house in 1965, that being, simple and elegant, while giving off the essence of individuality and exclusivity. For example, a cocktail gown, white, with lace trim and a high neckline, right after a feathered corset ballgown, this collection was an example of the smooth transition from de la Renta’s hands to Copping’s.

Marchesa, who dressed fashionista Blake Lively for her wedding to Ryan Reynolds, is relatively new to the bridal world, only beginning in 2004. Known for their delicately embellished and sophisticated gowns, it is my belief that color was on the mind of Keren Craig and Georgina Chapman, the founders and creative directors for the brand.

It seems that an eggshell-ish creme color decorated their Bridal Spring 2016 collection, with no white in sight. The hue of the gowns did not misguide their tone, however. Marchesa kept with their mission: designing one-of-a-kind detail-oriented gowns to the brides who crave worldly couture, but this time, with a loss of white.

Bridal Week may be that second-leg layover from the spring fashion weeks, but it is just as worthy, if you give it a shot.