I Experienced the Tomorrowland Movie Premier 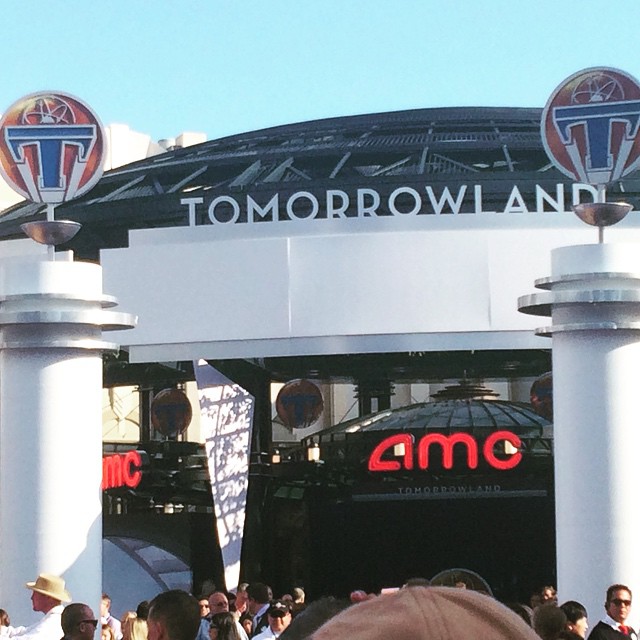 I never figured I would be the type of person who would go and stand outside of a movie premier, waiting for celebrities to walk by as I scream their name, standing on my tip-toes trying to glance over the hundreds of heads, all trying to get a glimpse of someone famous.

When I went to LA this weekend, I didn’t plan to go to the Tomorrowland movie premier. I was at Disneyland to run my first half marathon and it just happened that the premier was happening the same time in Downtown Disney. After much debate with my group, we decided to go check out the premier just to see what was happening.

As we made our way down to where the AMC theater was, we could see loads of people walking around with press passes, all making their way to Disneyland to finish the premier. At first I thought we had missed the premier, the celebrities, and all the excitement surrounding the event.

When we got to the theater it was pure madness. There were hundreds of people lined up against a barrier, selfie sticks in hand, anxiously awaiting for the next celebrity to walk down the carpet. When someone made their way down the royal blue carpet, fans would start screaming their names, waving their pens in the air, hoping to get a signature.

After finding a nice hole to jam ourselves into, we waited for over an hour for a celebrity we actually recognized to show up. Celebrities started walking the carpet, including Faith Hill and Tim McGraw, Brett Dalton, Lance Bass, and Ashley Tinsdale. Britt Robertson and Keegan-Michael Key also made an entrance but Robertson never stopped for the fans, while Key stopped for photos and autographs.

Although those celebrities were nice to see, I wanted to see the man of the hour himself, that’s right, George Clooney. Clooney was one of the main stars of this movie, so I knew he was going to be there and I wanted to see him. After another 15 minutes passed, more people with press passes walked by and kept saying “don’t worry he’s coming, he’s coming!” Camera ready, I planted my feet and waited for the arrival of Clooney.

When Clooney did appear, there was an abundance of screaming. Everyone wanted a piece of him, a picture of him, or just for him to hold their baby. Clooney stopped numerous times to take photos or sign autographs and even stopped in front of my group.

After Clooney left, the fans started to disperses, everyone happy that they got their fill of Clooney and other celebrities they liked. As I walked back to my hotel I couldn’t help but think how crazy the whole experience was. There was both a good and bad that came with it. Having the experience of seeing these celebrities, how they interact with their fans, was amazing and great to see. But dealing with the crowds and people pushing you around to try and get closer to the celebrity wasn’t fun.

For my first movie premier all in all I can say it was good. I was happy with who and what I witnessed, even with the crazy crowd. Hopefully thing won’t be the last time I go to a movie premier but maybe I’ll have a press pass next time!