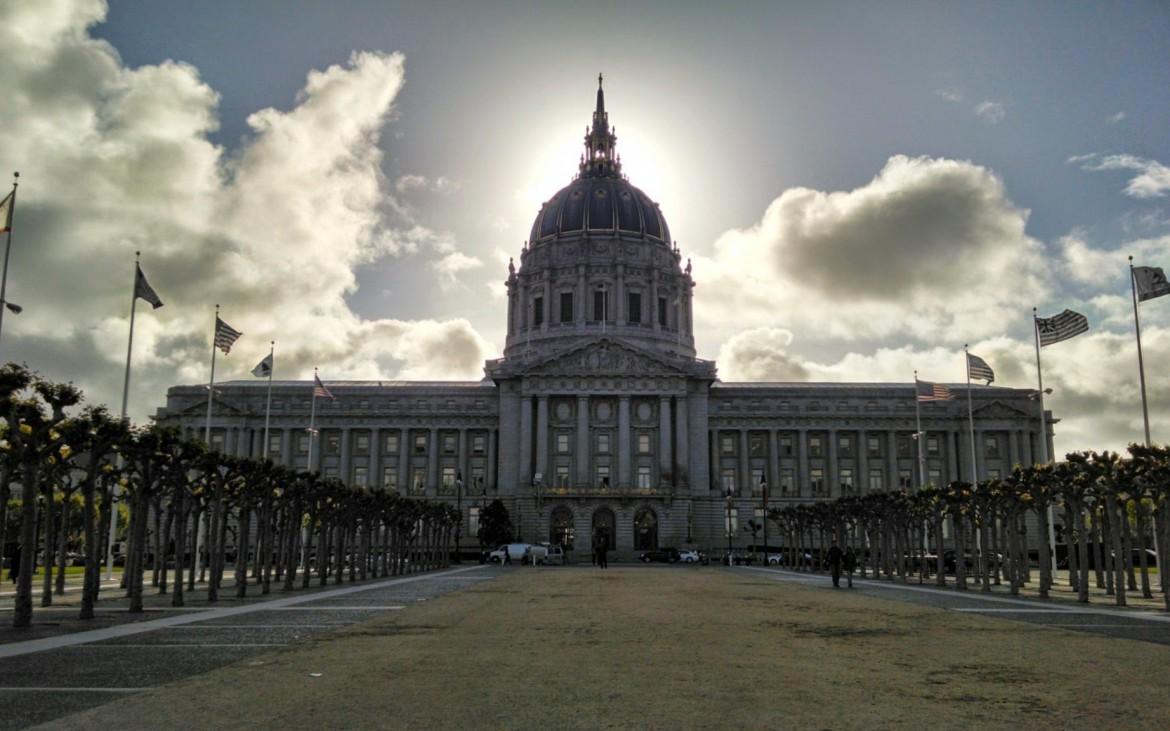 San Francisco City Hall has been the setting of many high-profile events, from the wedding of Marilyn Monroe and Joe DiMaggio in 1954 to the assassinations of George Moscone and Harvey Milk in 1978. The city’s long history of liberal activism has also brought many political protests to the front steps of this Beaux-Arts building. Now, with the power of 360-degree video, the world can fully witness democracy in action in the City by the Bay.

Last month a protest against police brutality made its way through San Francisco’s Mission District toward city hall, where over a hundred people crowded the lobby and demanded justice. The piercing shrieks of whistles punctuated the rhythmic chanting of the crowd, which was held back by security guards as city employees observed the scene from far behind the barricade.

The crowd dispersed within an hour of arriving, but its demand to “indict, convict, send these killer cops to jail” echoed off the marble colonnades with such force that at one point the guards locked the doors in an attempt to cut off the rest of the group outside.

Those wondering what it would be like to join the crowd can watch the video below for a fully immersive experience. *