Lyft vs. Uber: The Battle of the Rideshares 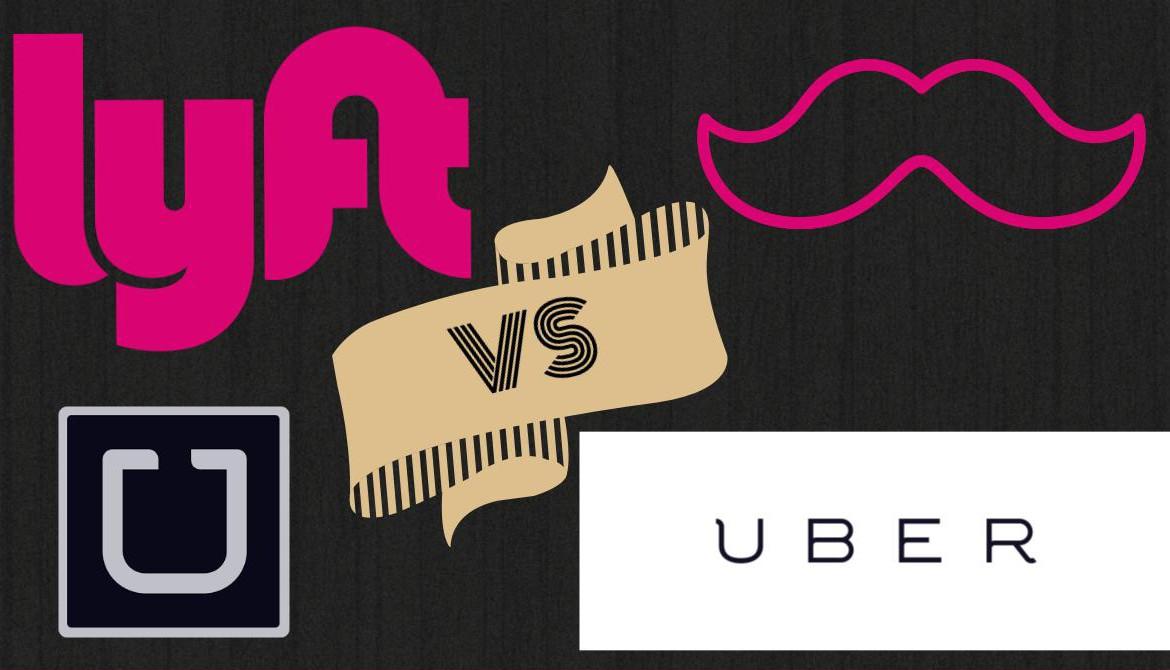 There’s always a debate on what specific ride share service to take. Between my friends and I, it always seems like it’s a tug-of-war between Lyft and Uber. They both have their pros and cons, but I prefer Uber for multiple reasons.

Lyft is suppose to attract a younger generation of riders, but something about that fist-bump isn’t appealing. On top of that, having a pink mustache on the front of the car is a little dated, and then simply downsizing to the more portable version of it isn’t hip and cool either.

Uber has multiple ways to get you to your destination. My favorite is Uber black car, which is normally a black Lincoln Town Car. If you get lucky it can be a Cadillac Escalade or Chevrolet Suburban.

There are also affordable options such as uberPOOL, which is designed to break up the cost between two anonymous people. This may or may not be the best bet, but keep in mind if someone doesn’t use it then it’s your own ride.

The most popular option is uberX which is a regular driver in a sedan or some sort of Prius. These cars vary and so does the pricing.

In some markets there’s Uber PLUS, which consists of being picked up in a luxury vehicle such as BMW, Mercedes, Rolls Royce or Tesla.

I prefer Uber instead of Lyft due to the different ways of paying. I can also invite my friends to split the fare with me whereas Lyft doesn’t allow that. Being able to see ahead of time what I will be paying for my ride is also a huge plus and provides peace of mind.

With Lyft you request the car and at the end “tip” the driver with what you think he or she deserves. The app does a good job of using the balloon visual to guilt trip you if you’re low- balling. Keep in mind there’s also a score for both the driver and person requesting the car so if you lowball, drivers will see that on their end.

Lyft Plus is a partnership with West Coast Customs. The partnership provides white Ford Explorers and is the high end line of fleets vehicles. The pricing ranges for this though. For the student that doesn’t have an expendable income than Lyft might be the better option.

Recently I went to San Diego for a mini-vacation and I didn’t want to be taken to SFO in a Corolla, so I requested a black car. I live in University Park North and the ride experience, although short, was very classy. My driver was in a suit and tie and got my luggage for me so I didn’t have to do anything, aside from simply sitting down and enjoying the ride. I was even able to play my own music through his car stereo via Spotify.

The big difference between uberX and black car is that at SFO uberX isn’t allowed to pick-up or drop-off in the arrivals terminal and must do so at the departures terminal or the driver risk getting a fine. Now with a black car you can go to whatever terminal you’d like without compromising your “vacation mode.”

If you like to splurge a little and treat yourself and friends while kicking off the night, then Uber black car or PLUS might be a better option. Besides, no one wants to be surprised with a charge on their account higher than expected when they could’ve taken a black car for the same price.