Loud and Clear With Oscar: ‘Can I Get In?’ Youth and Accessibility in SF Punk 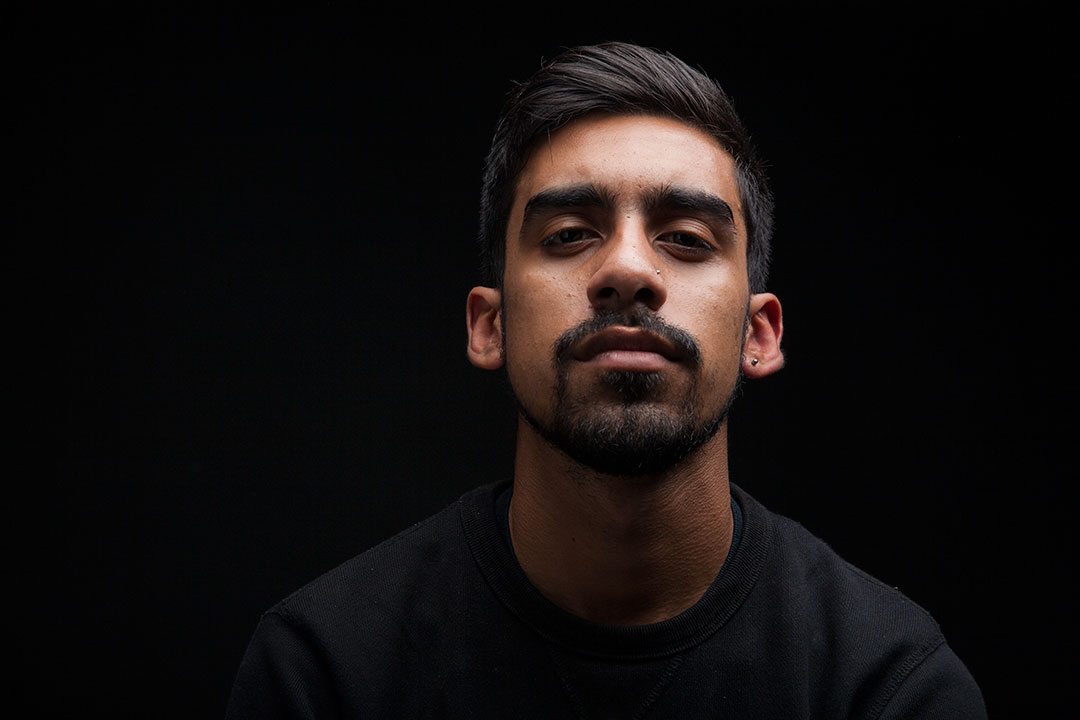 I walked into a daytime punk show at a bar in San Francisco where the person at the door took a thick Sharpie marker and drew two huge X’s on my hands. I gave them a $10 bill and was let into the gig. I remember two bands, Dropdead and Permanent Ruin were playing and I really only went to see Mariam Bastani of Permanent Ruin scream in the face of a bunch of drunk old dudes that attended the gig. This was my first time attending a punk gig in San Francisco and I waited about four months to do that. Don’t get me wrong, I really wanted to be at all the shows, but I was not 21, and if you know San Francisco punk well enough, you will know that punk shows are commonly hosted at bars.

I remember sitting on a bench and observing people while I ate tater tots and drank a tall glass of Pepsi. I was looking for more people with X’s on their hands because I was eager to make new friends that were into punk upon my arrival to the Bay Area. I found this harder than expected. I was the youngest in a sea of older punks, but it just did not make sense to me. I understood a couple of things that I was warned about when moving to the Bay. One of which was that if I wanted to go to gigs that were all-ages, then I would have to go to Oakland. The other was that if I found a show in San Francisco, the $5 ticket average that I got in Los Angeles would probably not be the case.

I did not expect this absence of young people in the punk scene to affect me as much as it did. It was months before I went to another punk show I could get into, but within that time I was so depressed that getting out of bed was a huge task. I wrote a column that gained some popularity in issue #368, also known as the queer issue, of “Maximum Rocknroll” where I talked about the defining moments of coming to terms with queerness as a punk in San Francisco. However, I never had the opportunity to talk about the moment in which I was so utterly depressed from the lack of access to gigs in San Francisco because of my age.

I knew about San Francisco punk long before I actually moved here and I was ecstatic at the thought of being part of a scene with a legacy so important to punk. However, I did not consider who was given access to the scene. I argue that the scene did not only give access to people over 21, but also to white older men that frequented the scene and never left. The truth is that I never want to leave punk either, but if you checked out my column last week, you would know how definitive it is to have someone, in this case my sister, pull you into a scene that comes to define your identity.

I often think of the reasons I got into punk, but also those of friends I frequently hung out with. Not to generalize or clump punks into a single narrative, but the majority of my friends used punk as ways to address issues in their lives, while simultaneously addressing some of the bigger systemic problems like racism, patriarchy and homophobia. I remember that my thoughts on that bench as I ate tater tots was not so much based on the fact I would not have friends in the Bay Area, but more so on the fact that youth in San Francisco were being cheated out of a subculture that was primarily based on their histories and lives. How could youth be left out of a scene that they are so fundamentally a part of?

I found that a lot of these issues of access were not always the case in San Francisco. When friends of mine and I got together earlier this year to organize an all-ages punk festival for the Latino, Chicano and Indigenous punk community in the Bay Area, space was one of the most difficult things to find. At the time I was heavily starting to organize with a youth organization in the Mission District called People Organizing to Demand Economic and Environmental Rights. PODER has been working in the Mission for years with youth in the community. Teresa Almaguer, the youth program coordinator, remembers the amount of space available for punk gigs, primarily in the Mission.

“Punk music was everywhere and you used to see them all over the Mission in San Francisco and it happened in multiple places,” said Almaguer. “PODER even hosted a couple of gigs for the youth, but now all I can think of is SUB-Mission, but to my knowledge everyone is moving everything to Oakland.”

To think that late last year I was stage-diving into a crowd of young queer punks at a Limp Wrist gig at SUB-Mission shortly before its closure this year is a scary thought. Gentrification has been fundamental to the displacement of punk spaces for young people and I believe it’s time we explicitly talked about it in that context. It’s the reason that spaces like bars charge anywhere from $8 to $10 for a punk show, sometimes with no touring bands on the bill. So, if there is no space for youth that are into punk, then where exactly are they going? The truth is that with some of the youth I engage with, punk does not leave their room.

I went to punk gig last week at Thrillhouse Records, which is the only punk record store in San Francisco currently hosting shows for all ages. While at the show I understood the importance of going deeper than beginning to host gigs for all ages. When young people have been turned away from the scene for so long, the chances that they are coming out to any show, all-ages or not, is unlikely. Places like Thrillhouse and other San Francisco venues that host these shows continually have the same old white dude demographic.

I talked to Arturo Trejo, the lead singer of Colonia, a punk band from San Antonio about the issue before he prepared for a panel on marginalized identities at Think and Die Thinking, an all-ages do-it-yourself punk festival for the LGBTQ community, women and punks of color in San Jose. I was defeated by the idea that there were no young people represented in the panel as a major reflection of the scene itself. Frankly, not being able to find young voices to speak at a festival meant for youth sounded a bit contradictory to me. Regardless, the panel did include some voices that I strongly admire and hold high to my knowledge of punk. But even then, the people at the table had difficulty advocating for the access of spaces to young people. The panel was a clear reminder of how little opportunity young people have to speak, not only in punk, but in general. I am 21 now, but I was still holding on to the experience that made me so passionate about creating space for young people to listen and engage with punk music.

Contrary to popular thought, I do not think San Francisco is doomed. I came with the intention of creating community with other punks in San Francisco that were young and of color, and although that was not the case, I honestly believe in the possibilities of creating more space for youth to engage with punk music in San Francisco. Do I go to 21 and over punk shows now that I am 21? Yeah, totally. Truth is, I do not blame you or myself for doing this. I have some friends that are in some amazing bands and will do all-ages punk shows when given the opportunity. However, if we are not actively working to give the tools to young people, then punk as we know it has absolutely no future. This is dangerous to a generation that is facing one of the most intense social climates in history, specifically pertaining to people of color, queer and trans people.

How you generate access is up to you, but it looks as simple as making mixtapes, fanzines and shows that are available to people of all ages. Former coordinator of “Maximum Rocknroll” and volunteer at Thrillhouse records, Ari Perezdiez has been heavily expressive on issues of access to young people.

Although I do believe in the power of learning from mistakes, I also believe in not setting up people for disaster. I often think of the punk generation that is older now and still actively participating in the punk scene and I wonder if they ever held gentrification accountable for not giving access to a new generation. For now, I want to sit with the idea of the possibility that youth will find another way to release their anger and frustrations in San Francisco. No doubt this will take patience, but I hope that I can see the bit of progress during my time in this city.