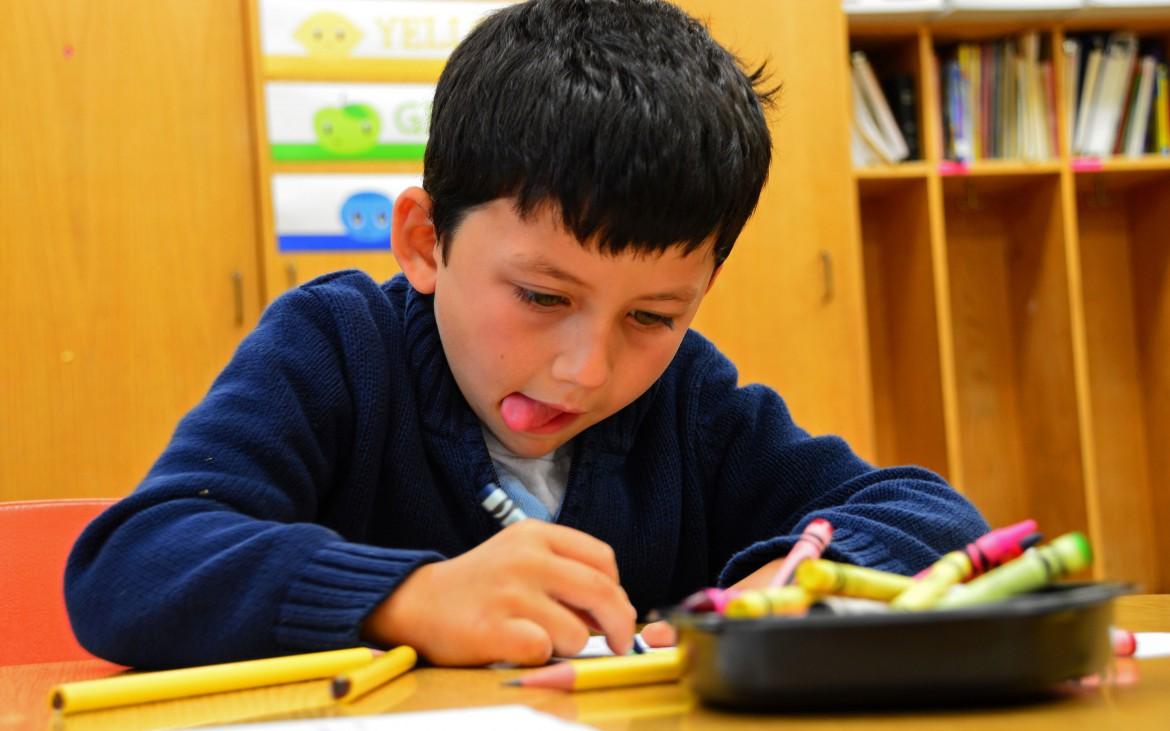 [dropcap size=”50px”]T[/dropcap]he days of finger painting, learning how to hold a pencil and afternoons spent basking in the playground sandbox are days of the past. Field trips on the big yellow school bus have virtually become a blur of the past within the California education system. Elementary schools across the state have greatly transformed kindergarten academic curriculum from kid-friendly, to scholastic excellence at the early age of five.

In a world that is constantly changing and being challenged by the latest forms of technology, the education system has caught itself within the web of innovation, transforming its academic curriculum drastically throughout the years. While the curriculum and academic standards have changed, state bill AB-713 aims to make kindergarten mandatory in what might be the next transformation for the grade level.

For decades, state representatives have stood by the belief that when it comes to a kindergarten education, the decision of class enrollment should be left up to the parent, a belief that might soon change. This past June, AB-713 successfully passed the California Assembly. Now pending further ruling in the Senate, the legislation would make the first 30 days of kindergarten mandatory for all California students. After 30 days, parents have the option to opt-out of the mandate. If approved, California would join 15 other states in the nation that have made the grade level mandatory.

Today, lawmakers and the California Teachers Association are standing behind the proposed legislation to end optional kindergarten and embark upon a new era of a mandatory grade level where truly no child will be left behind.

“I think this would be a surprise to most parents,” Correia said. “Most people do not even know they have the option to not attend kindergarten.”

“They are going to have a very hard time adjusting to school, and being able to learn with 15 to 20 other students around them,” Correia said. “In kindergarten the students work on learning classroom etiquette and school behavior on top of learning the core curriculum. Knowing when they should be sitting still, raising their hand and asking to go to the bathroom are also things they are required to understand by being in school. Kindergarten is the time to learn these principles.”

According to the California Department of Education, in the 2013 academic year a total of 506,831 students across the state were enrolled in kindergarten, a 3.48 percent increase compared to the previous four years.

Mikayla Mersereau, a Marin County mother of three, said that in the past year kindergarten has taught her daughter a multitude of academic skills, along with priceless social lessons.

“Kindergarten was a great introduction to the school system,” Mersereau said. “It gave my daughter a sense of routine and commitment.”

Mersereau said there would be no way her daughter could have survived the first grade without having her enrolled in kindergarten.

“Kindergarten gave my daughter the academic attention I could just not do on my own,” Mersereau said. “With having two other young kids, it is impossible to teach your child everything they would learn in kindergarten, especially life and social experiences.

San Francisco State University Professor of Elementary Education, Daniel Meier said that it is not so much whether kindergarten is mandatory, but rather how the grade level is taught.

“What the curriculum is, the hours, the goals, the standards, the assessments and how teachers are trained and supported to teach in ways that engage all children and foster a love of learning, academic success and social and emotional development that supports young children’s needs and talents,” Meier said.

Meier and his wife, both educators, decided to forgo a traditional transition to kindergarten for their son and instead allowed him an extra year in preschool before registering him for the first grade. With the increase of academic expectations in the past 20 years, Meier didn’t want his son to focus on the skill-based success that kindergarten is now based on.

“We wanted him to build, paint, cook, and run around and play for another year, rather than sit for long periods of time in kindergarten,” Meier said. “When he got to first grade at the public school, he did not know all of his letters and numbers and had a hard time adjusting for the first few months.”

Meier said his son is now enrolled in the fifth grade and is doing well. He believes any debate on kindergarten needs to recognize the central question of why we have schooling and how kindergarten is connected to the rest of a person’s life.

Renee Ryan, a kindergarten teacher at Meadow Elementary School in Petaluma said that the push for an academic transformation for the grade level is due to much more than a shift in the curriculum structure.

“Standards and expectations in kindergarten have been changed because of testing and for the subject mastery (the students) are expected to have when leaving kindergarten and entering the first grade,” Ryan said.

With the major focus on subjects such as math, reading and writing, according to Ryan, the curriculum of kindergarten has done away with singing songs in imperfect harmony about the days of the week and has picked up the ideals of academic exploration.

“(The government) needs to create a budget that helps out the future leaders of our country, because that is what these children are,” Hardina said.

Legislation AB-713 would serve as mending inequalities within early elementary education for students across California.

“The greatest inequalities in education are in early childhood and universities, the start and end of our educational system,” Meier said. “This is what we need to fix.”