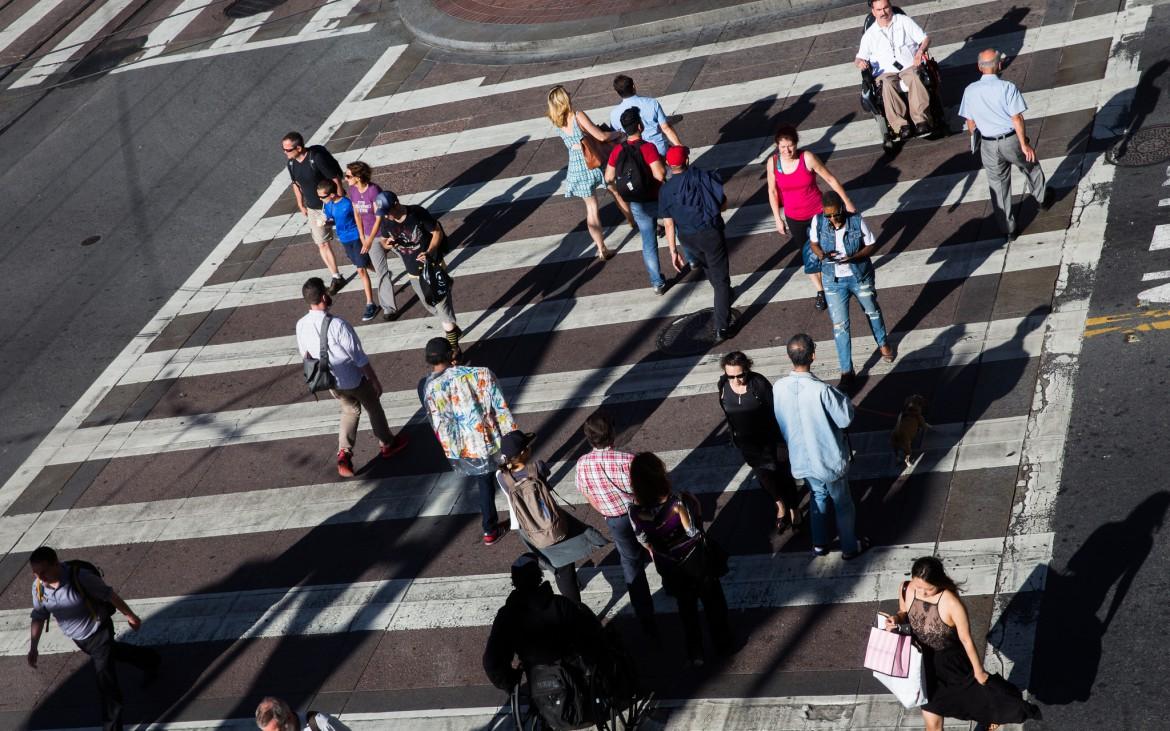 [dropcap]I[/dropcap]t’s no secret that riding a bicycle or walking the streets of San Francisco is a dangerous endeavor. Bicyclists weaving between traffic in “the wiggle,” car doors opening suddenly into the bike lane on Valencia Street and pedestrians walking against the light in the Financial District, are all common occurrences one can see, not just in those areas, but in every neighborhood of the city. Along with poorly planned streets, these risky maneuvers have given San Francisco a bad reputation in traffic safety.

In 2014 alone, 31 people lost their lives and more than 200 were injured in collisions according to a San Francisco Municipal Transit Authority traffic fatality report.

To reduce the risk, a city-wide campaign called Vision Zero aims to reduce San Francisco traffic deaths to zero by 2024. In a metropolis as congested as San Francisco, this will be no easy feat.

Vision Zero, which has been in action for over a year and a half, has the SFMTA following a two-year action plan to quickly increase safety on San Francisco’s streets. The action strategy encompasses a broad range of solutions to increase safety of drivers, pedestrians and bike riders in their everyday commutes.

Ben Jose, a public relations officer for the SFMTA, said that he thinks absolutely zero traffic fatalities is an achievable goal, though it will require the continued efforts of both the SFMTA and the public at large.

“Our philosophy with Vision Zero is that traffic deaths aren’t acceptable and are preventable,” Jose said. “Vision Zero is about increasing safety for everyone, whether they’re walking, biking or driving.”

Vision Zero is working to increase the safety of the city’s streets in multiple ways. This includes engineering projects designed to immediately increase safety of high incident neighborhoods. The city will also be increasing the enforcement of traffic violations in these areas while educating the public of the dangers of reckless driving and speeding. The SFMTA will be evaluating the progress of these changes and reporting every traffic incident via the Vision Zero website, and will support all of their efforts by passing comprehensive policy reforms.

One such engineering effort is the Polk Streetscape Project, where the SFMTA has implemented a variety of short term safety measures such as a new bike lane and painted safety zones, with more projects to come, Jose said.

The SFMTA has identified 13 miles of “high injury network” in the city, where more than 70 percent of all severe and fatal traffic injuries occur. As part of the two-year action plan, the SFMTA will give priority to making improvements in these areas, which include Market Street, Mission Street, Geary Street, the Embarcadero and most streets in the financial district.

Vision Zero was behind the recent restriction of private vehicles being able to turn onto Market Street between Third and Eighth streets. This move was done to give bicyclists and pedestrians a safer thoroughfare through the heart of the city.

Between 2012 and 2013 there were 162 collisions resulting in injuries along Market Street, according to Paul Rose, a spokesman for the SFMTA. The ban on private vehicle turns is accompanied with other changes that include extending transit-only lanes and installing new loading and painted safety zones to boost visibility.

City planners are working on adding a new bike lane to 13th Street between Bryant and Folsom streets. This stretch of 13th Street and Division Street lacks bike lanes in both the eastbound and westbound directions. Under the new plan, traffic will be regulated to just two lanes in the westbound direction, with the parking lane acting as a buffer between moving traffic and bike lanes.

The San Francisco Bicycle Coalition has been advocating for improvements to be made to the city’s streets for bicyclists for over 40 years. While the coalition praises the changes SFMTA has already made, such as the addition of bike lanes with barriers, the coalition’s communications director Chris Cassidy, who has been biking in the city for 10 years said there is still room for improvements. According to Cassidy, San Francisco has become a much better place to be a cyclist in the city since riding here, but not every neighborhood is getting the same kind of attention.

“In underserved neighborhoods like Bayview-Hunters Point, the civic leaders have a long way to go in delivering safe ways for people to live more active lifestyles,” Cassidy said.

Yani Asega lives in Oakland and takes his bike along with BART to get to his job at the Valencia Cyclery. Asega said that while he thinks Oakland is generally a better place to bike, San Francisco is still an overall good place to be a cyclist.

“I think the city could use a few more bike lanes,”Asega said. “Overall (San Francisco) is a good place to bike in.”

Ross Cook-Golesh is a bicyclist who lives and works near Valencia Street. Cook-Golesh said that riding a bike in the city is fun, but drivers who don’t look in their rearview mirrors before opening their door present a constant threat.

“With city riding, it’s all about looking out for stupid people and cars,” Cook-Golesh said. “Riding your bike in San Francisco is just like any other city.”