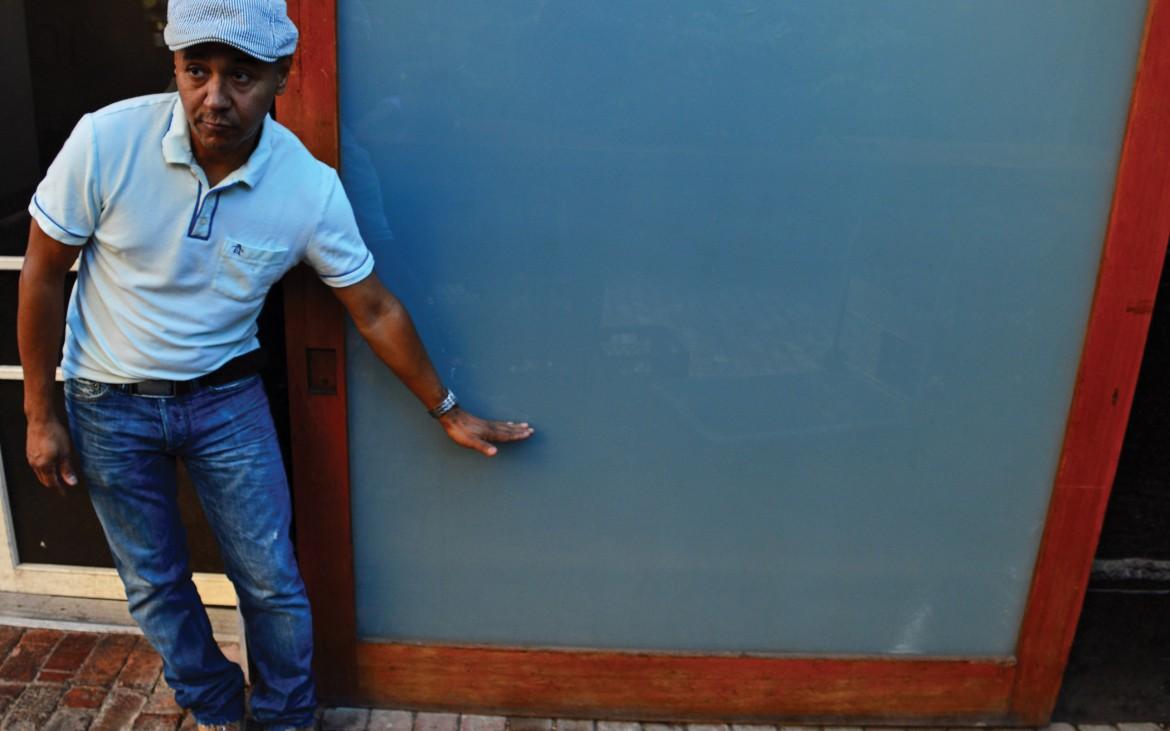 Francisco Garcia couldn’t sleep. All he had on his mind was the rain and the feeling that his place of work was going to flood again. He left early in the morning from the East Bay to the Stable Café located at 17th and Folsom Street in the Mission District. While on his way, Garcia received a text saying “don’t rush we are already flooded.” Reality struck the café for the fifth time.

After a tormenting four days of rain, the city of San Francisco accumulated nearly four inches of water from the Pineapple Express storm last December. Both residential and commercial flooding was inescapable, especially low-lying areas of San Francisco, leaving behind property damage.

One of the areas the city has problems maintaining is east of S. Van Ness Avenue and between 17th and 18th Streets where Mission Creek flows. The restaurant Garcia works at sits directly in the middle of that disaster zone. After the major storm hit in 2014, the Stable Café was engulfed with both stormwater and sewage. The mess rose up to three feet, leaving the café in a nasty swamp, according to Garcia.

Garcia said everything in the café had to be replaced. From the refrigerators to the walk-in freezer the damage cost them close to three months of business. The city helped pay for the damages in an effort to bring the Stable Café and other nearby buildings back to life.

“It’s not satisfying because they just help us to be back to where we were before,” Garcia said. “We lost customers and we lost business. We start from zero every time.”

In the past five floods the Stable Café has experienced, none of them have occurred during an El Niño season. Garcia worries that rain during El Niño could bring even more damage than previous storms.

“Right now we are scared,” Garcia said. “We cannot sleep, and we are thinking ‘oh shit it is raining.’”

John Monteverdi, a professor in the Department of Earth and Climate Sciences at San Francisco State University, explained that this El Niño is on track to be record-breaking. Some of the heaviest El Niño years were 1982 and 1983 where the city accumulated 38 inches of rain and 1997 and 1998, which saw 47 inches of rain. This year, El Niño is predicted to give San Francisco 30 to 35 inches of rain, but could surpass those predictions. On average the city only sees 23 inches of rain per year.

The San Francisco storm and sewer system is not well equipped to handle copious amounts of water such as with last year’s Pineapple Express storm or the upcoming El Niño season, according to Jean Marie Walsh, the Communications Manager of the San Francisco Public Utilities Commission.

“No system is perfect and no system can handle all storms,” Walsh said. “That’s what makes it challenging when we have heavy rains. You can only build a system so big. At some point that system reaches capacity, and there is no more room in the pipes and in the system.”

The majority of San Francisco relies on 25,000 storm drains and catch basins according to the SFPUC, a network that Walsh calls the “combine system.”

Drains located in the newer areas of San Francisco direct storm water out to the ocean and the bay. Catch basins provide the same service, but escort the water to the main sewer pipes beneath the street, and into transport storage boxes.

These giant boxes lie beneath the Embarcadero and the Great Highway where their main purpose is to hold storm-water before it is treated.

San Francisco has 1,000 miles of sewer pipes beneath the city, but even with all this underneath, it is still not enough to hold the amount of water substantial downpour can bring. These storm drains and catch basins can get clogged up with leaves and debris, which leads to residential and commercial flooding, especially in low-lying areas of the city.

Walsh explained that 17th Street and Folsom Street is a major flooding zone in the city and provides a significant challenge during heavy rain seasons.

Aside from that area, there are additional pockets of San Francisco that are low-lying and are at a risk of flooding. “Challenge areas” include spots in the Sunset, and Bayview Districts. In an attempt to prevent flooding, SFPUC crews clean out the drains and catch basins prior to predicted storms.

Walsh described the crews as crucial, especially during the rainy seasons and in the months leading up to them. The crews are on stand-by and some even work late night shifts.

The SFPUC developed a “hydraulic analysis” where engineers developed a sophisticated model that tests the topography, soil and sewers of the low-lying areas of San Francisco. They do this to potentially predict what will happen during a storm, according to Walsh.

Walsh explained that residents need to understand what area of San Francisco they are moving into.

“Know your risk,” Walsh said. “A lot of people move into a neighborhood, it’s dry sunny beautiful weather, and they have no clue that their property is located over a historic creek, and when we get heavy rains they might flood.”

David Campos didn’t realize flooding plagued District 9 until he became its supervisor. Campos acknowledges flooding in the Mission District specifically along 17th and Folsom Streets, but he does not see any viable solutions.

“Until I became supervisor, I didn’t really know that this was an issue,” Campos said. “Because it is the lowest point in the city, it’s extremely expensive to fix. Even if you spend billions of dollars on it, there might still be flooding.”

Currently the city reimburses residents and business owners affected by floods, which Campos said may be the best solution. Between claims and cleanup, the Pineapple Express storm cost the city several million dollars, according to Walsh.

“It might be cheaper for the city to continue to pay that on a yearly basis than to be able to find the billions of dollars that is needed,” Campos said.

A short-term solution was presented to the board that would have cost the city $200 million, a price they did not feel was worth for a fix that might not even work. The SFPUC does not have the funding to work on a long-term study that could find a permanent solution, according to Campos.

While the city attempts to come up with a more permanent solution, Thomas Lackey, the owner of the Stable Café, is fed up with the perpetual delays. He wants to see a system that doesn’t put his restaurant out of business after every big storm.

“It would be worth it for them to bite the bullet and fix the problem,” Lackey said.