Through the Cracks in the Groove 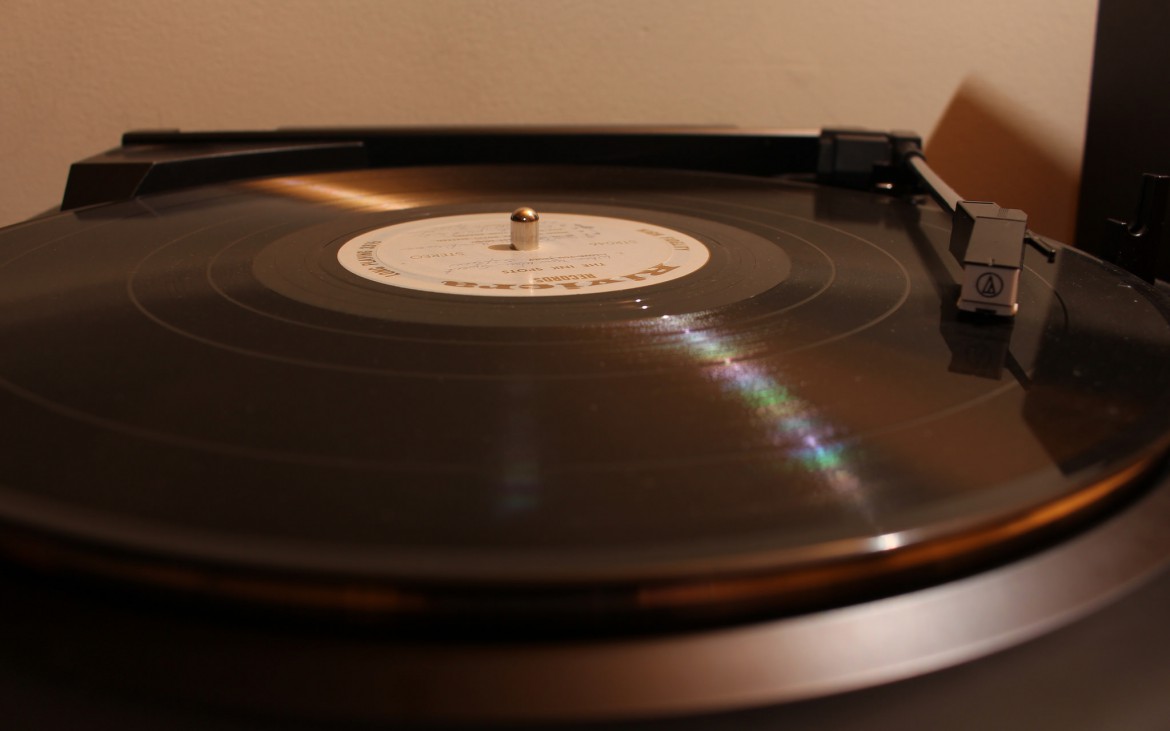 [dropcap size=”50px”]W[/dropcap]hen you hear the words “record label,” San Francisco is not the first city that comes to mind –possibly because the commercial record labels are located in the southern region of our golden state. Though San Francisco has never been a mecca for the commercial music industry, according to Jon Bendich a former touring musician, commercial songwriter and current assistant professor at SF State’s Music and Recording Industry program, in the early 2000s the Bay Area was the highest producing region of independent labels.

The Bay Area has inspired and played an important role in past music movements; from its renowned jazz scene in the Fillmore District, to the 924 Gilman punk scene, to being the home of prominent psychedelic rock musicians such as The Grateful Dead. Unlike Los Angeles, the scene is stripped of bright lights, fake tans and auto-tuned musicians, which, while appealing to some, doesn’t exactly scream “showbiz.” Regardless of that, nestled in overpriced rented spaces or functioning straight out of homes, there are independent Bay Area record labels establishing themselves and maintaining business.

San Francisco has historically seen labels come and go with some more short lived than others. One notorious Bay Area record label, 415 Records, was a short-lived independent label that released fundamental records in the genres of new wave and post-punk. Record labels such as Prank Records, 1-2-3-4 GO! Records and Fat Wreck Records found themselves in staff changes and eventually, direction changes where some steered toward more digital music and focusing primarily on distribution. Similarly the evolution of 415 Records was guaranteed to happen; it was just a matter of what form the label would take. In this case, the label was sold in 1989 after an 11-year run, and founding members of 415 Records went on to other independent and mainstream levels of the industry.

The amount of record stores that were open throughout the ‘80s and ‘90s catering to music that ranged from punk to traditional Latin music, were clear indicators of the emergence of labels and the need to distribute. Although mail order was one of the bigger points of access for people to listen to their favorite artists from specific labels like 1-2-3-4 GO! Records opened stores to distribute titles within their label, such as Shannon and the Clams and Nobunny. However, other storefronts, such as the very popular and unique Discolandia, were central hubs for everything Latin, and connected the Mission District community to a variety of artists on local and international labels up until its closing in 2011.

Although San Francisco hasn’t always had a strong label structure for licensing – compared to other major label markets such as New York or LA – it has always had a strong core foundation in creation, production, distribution and performance of music, according to SF State’s Music and Recording Industry Program Director Robert Collins.

Collins, who spent many years working in the music industry, started off as a music fan simply looking over friends’ contracts with labels. He began working at record labels in his early ‘20s and later went on to be the general manager of underground hip-hop label Ground Control Records. He also managed legendary local rap group Zion I, who have toured the world.

While touring, Collins also noted how San Francisco differed from other markets with its plethora of niche markets like Latin jazz, punk and underground hip-hop. He credits the Bay Area for instilling an “independent hustle” characteristic in local music moguls that carried into other aspects of the industry.

“As you started to move around, and you started to tour, that’s where you would move that independent hustle,” Collins said in reference to how the independent labels and artists had a stronger sense of urgency to make their money without the backing of a major label.

There has also been a shift in the way record labels are established and functioning now, which affects the San Francisco Bay Area. Bendich notes that it is much easier to be a label now. Digitizing music distribution has cut the costs of what is necessary to be a label, making it much more accessible, according to Bendich. He believes modern day record labels cut down on their costs and overhead fees.

The absence of physical records also cuts down costs with regards to having a distributor. There is no longer a middle man to get your records sold, therefore you make a more direct profit. In the absence, the record label still acts as the bridge between artists and platforms of digital distribution such as iTunes and Spotify, as well as tying other loose ends and doubling up as an overarching artist manager.

The industry’s new accessibility allows a variety of people to establish their own record label, and not all labels are aiming to hit fame.

Cubby Control Records is based out of San Francisco and was established not for glory, but for hobby. Owner Brian Weaver works as a librarian at the San Francisco Public Library, and established the label as a medium to bring together his previous works and continue having a creative outlet.

“When I was younger I had ideas, or ambitions, that I (was) going to make it big at some point,” Weaver said. “At a certain point I came to realize ‘I’m not making money with this, I probably won’t make any money with this’ so I had to think about a career and stability.”

Weaver has performed in several bands and had a key role in Cubby, a collective of artists and musicians based out of San Francisco, but he does not question his decision to pursue a career as a librarian. He credits his job at the library for allowing his pursuit of his hobby.

“Having a full time job inhibits my ability to work on the label and to make music as much as I would like to,” Weaver said.

With independent labels being at the heart of the San Francisco Bay Area music scene, whether it is as a medium of self expression, desire to create, or desire to make profits, it is expected that niche markets will continue to influence those labels and keep them surviving.