Laws of the Party 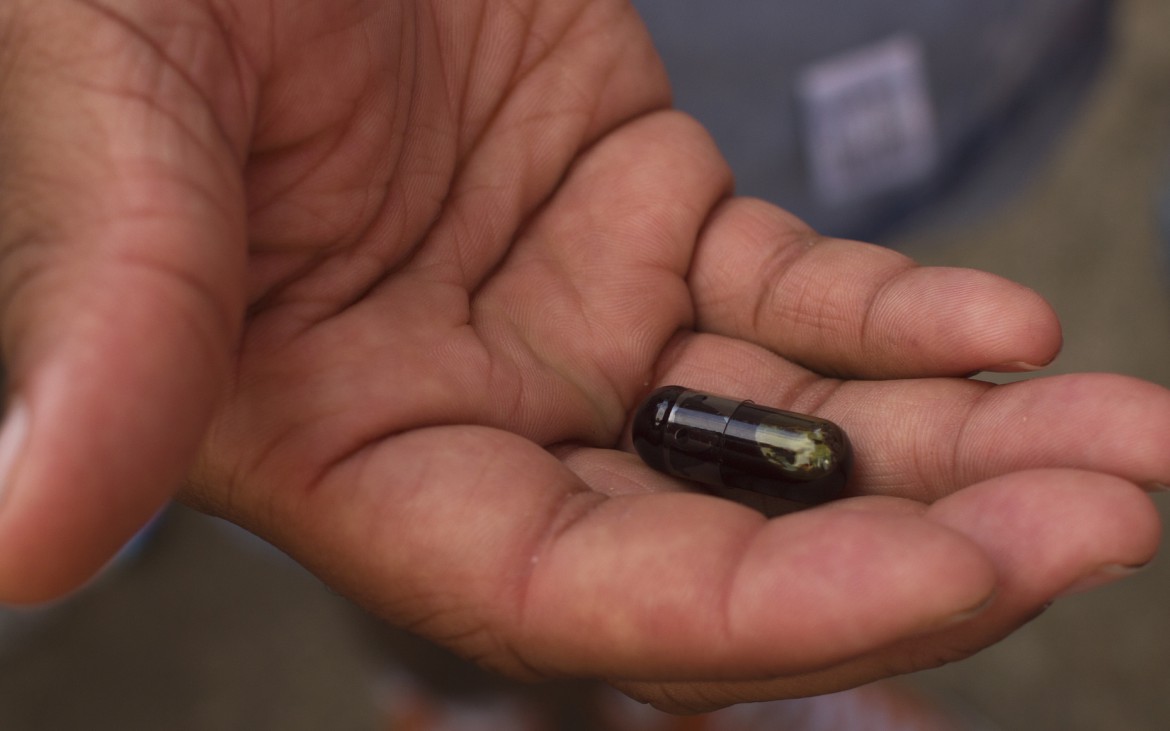 Researchers and activists across the country are working through both legislative and community outreach avenues to ensure safe environments for concert goers, particularly those attending concerts of the electronic dance music, or EDM, variety. But old laws threaten those organizations’ desired concert-patron experience.

At least three Californians have died in drug-related accidents at music festivals this year. The first two deaths occurred Aug. 1 at the opening night of HARD Summer Music Festival near Los Angeles, according to the L.A. Times. The third and most recent death occurred Aug. 16 after a rave at the Fresno County Fairgrounds, as was reported by the Fresno Bee.

Organizations deploying harm-reduction staff and volunteers are also working to make festival-related deaths and injuries a thing of the past, but they’re doing so using less restrictive means than lawmakers. Among them is the Santa Cruz-based Multidisciplinary Association for Psychedelic Studies, where researchers explore the benefits of psychedelic drugs and marijuana use for specific therapeutic conditions.

In addition to that research, MAPS has a team of psychedelic harm reducers called the Zendo Project. MAPS Director of Communications, Brad Burge, said the group’s presence at festivals provides attendees with non-traditional solutions during difficult psychedelic drug experiences.

“Most of the risks of psychedelics comes from the detrimental effects of the war on drugs,” Burge said. “The act of criminalizing–making the drugs illegal actually increases the riskiness of people using them.”

The Zendo Project’s aim is to avoid unnecessary involvement of law enforcement, and instead use calming tactics to relax the individual who is being helped so he or she can return to their friends and the event in a more sound state of mind.

“Rather than getting arrested by the police or event security, or being hospitalized, the Zendo is this alternative that we’re presenting in collaboration with the event organizers and on-site medical staff,” Burge said. “(We’re trying) to help reduce some of the risk that is inevitable when people have bought drugs from unknown sources in potentially unsafe environments.”

According to Burge, those risks are unavoidable thanks in part to the war on drugs, a politically-induced campaign that has forced psychedelic drugs onto the black market. Once on the black market, Burge said the drugs are often mixed with substances that can be more dangerous than the psychedelics themselves.

“Sometimes we see MDMA and LSD being distributed as MDMA and LSD, but often end up containing other substances,” Burge said. ”Since there’s no accountability there, there’s no way of people knowing what they’re actually getting.”

In August 2013, Dede Goldsmith’s daughter, Shelley, went to a Washington D.C. EDM concert. Shelley took pure MDMA, the substance that serves as the main actor in most ecstasy and molly pills. According to Goldsmith, the substance her daughter ingested that night, though technically unadulterated, still induced hyperthermia and eventually cardiac arrest.

“They ran over 400 tests on Shelley’s blood,” Goldsmith said. “She was informed enough to know not to take anything else with it.”

Although Shelley Goldsmith didn’t take the much-feared tainted drugs, her death underlines risks that are amplified by a law that holds concert promoters and venue owners responsible if it appears they’ve facilitated the use of illegal drugs on event premises. The law is called the Illicit Drug Anti-Proliferation Act but is better known as the Reducing America’s’ Vulnerability to Ecstasy, or RAVE Act. The legislation was initially sponsored by then-Senator Joe Biden in June 2002, and was co-sponsored by then-Senator Hillary Rodham Clinton. The United States Senate introduced the law the following April.

“That bill had been very successful in shutting down the really negative and dangerous things that were happening with raves back in the late 1990s and early 2000s,” Goldsmith said. “But it is now outdated and is completely inappropriate for the size of these mega concerts that are happening in this day and age.”

The EDM genre has grown rapidly in the past few decades. The International Music Summit released a report in May that valued the global EDM business at $6.9 billion as of 2014.

According to Burge, the RAVE Act has forced EDM concert hosts to think twice about providing amenities like free water, shade and cooling fans for their patrons not through malice, but in an effort to conserve their place in the now lucrative industry.

“The law potentially subjects venue owners to criminal and civil penalties if it’s determined they’ve provided a safe haven for drug use,” Burge said. “Essentially, they’re afraid they’d be seen as acknowledging that drugs were used at their events, and even encouraging it.”

The legislation’s aim was to make people safer in a time when underground raves were a big problem for law enforcement agencies. But Burge said harsh criminal penalties have not, as was hoped, rid these drugs from society.

“The act of making the drugs illegal has actually increased the risk of people using them,” Burge said.

Fay Zenoff is the Executive Director of the Center for Open Recovery, a San Francisco-based nonprofit that focuses specifically on drug and alcohol addiction. The group hosts classes and diversion programs designed to help people kick their dependencies.

Zenoff said increased stigma makes her organization’s job more difficult. The stigma is rooted in a 80’s focus on criminalization of drugs and the moral implications upon people who use them.

“I do believe that stigma and shame continue to be the greatest barrier to treatment and support,” Zenoff said. “When I say treatment, I mean peer-to-peer resources just as much as medical resources.”

The Zendo Project uses those very peer-to-peer resources, stationing volunteers trained in harm reduction at events where psychedelic drugs are expected to be used by attendees.

On Aug. 31, 2014, the one-year anniversary of her daughter’s death, Goldsmith launched an online campaign called AmendTheRaveAct.org. As of October 27, the site had garnered 12,800 signatures from supporters who want to see changes made to the the RAVE Act and relax regulations on EDM festival hosts.

Prior to her daughter’s death, Goldsmith spent 28 years working for congressman Rick Boucher in her hometown of Abingdon, Virginia. Goldsmith said she also served as democratic chair in Washington County, Va. from 1988 to 1992, and again in 2012.

In addition to trying to change what she and others view as a dated and harmful law, Goldsmith has steered her daughter’s death to help educate youth in her home state about the dangers of substance use. In 2014, Governor of the Commonwealth of Virginia Terry McAuliffe appointed Goldsmith to the Virginia Commission on Youth.

“This is what her death has done for me,” Goldsmith said. “It has really allowed me to help other young people get informed about being safe should they choose to use.”