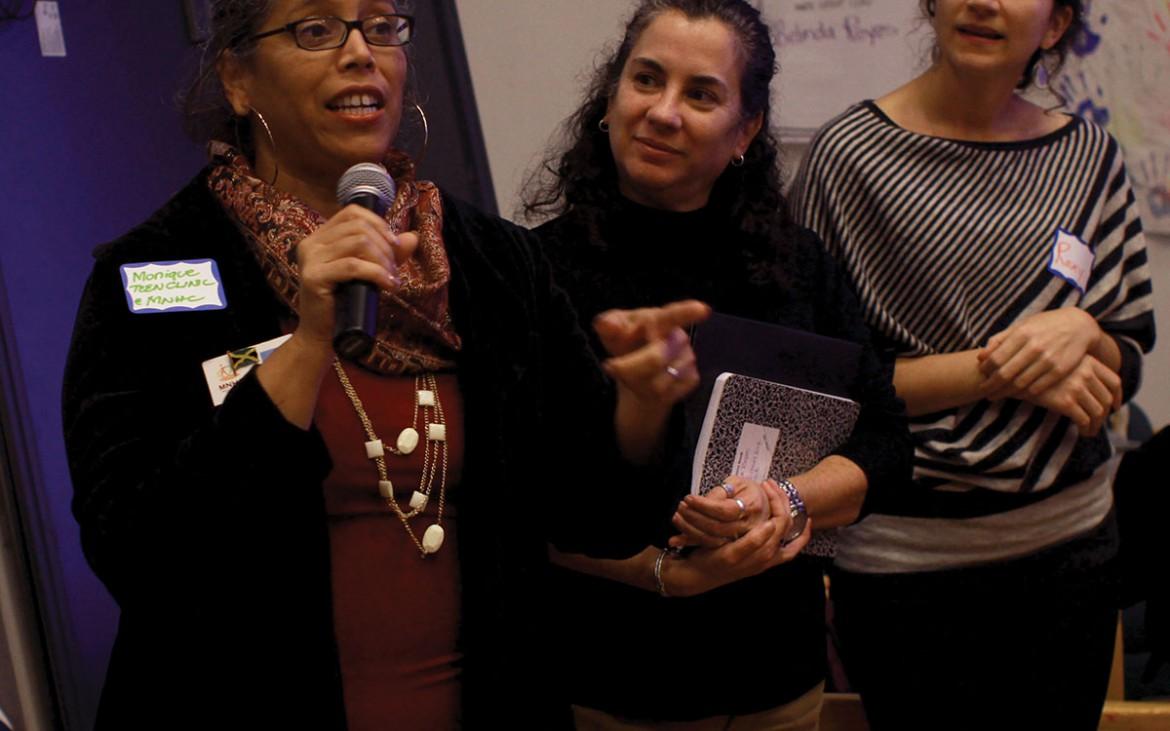 San Francisco Supervisor David Campos paced the auditorium of the Mission District’s John O’Connell High School on a chilly mid-November evening.  He looked pleased at the turnout for that night’s town hall meeting. A crowd of about 100 people consisted of teachers, parents, students, volunteers and nonprofit representatives amongst other community members gathered that night to discuss a new initiative called Roadmap to Peace.

The deaths of six Latino youth in a five-week period in 2012 sparked a combination of vigils, marches and town hall meetings led by community members that birthed the idea for the initiative. Roadmap to Peace, commonly referred to as RTP, was created to  help protect local youth from violence in the area.

“The community just grew tired of burying our kids,” said Angela Castillo, RTP’s community builder. “They figured that we need to figure out a more effective solution to keeping our kids safe.”

RTP plans to offer on-demand services such as tattoo removal, drug and alcohol support,  job training, vocational training, tutoring and emotional support services for youth in need across the city. Through a referral system, RTP will take in qualified youth and direct them to partners best suited to help each individual’s situation. Qualifications for the program include being a Latino between the ages of 13 and 24, having ties to San Francisco, and violence having some sort of effect on the quality of their life.

Justice Castaneda, who was a member of the steering committee for the initiative for two years, said Latino youth face unfair persecution by police, disproportionate punishment in the education system and unequal access to resources. He believes RTP is a necessary step toward addressing these very real issues affecting Latino youth in San Francisco and across the country.

“Essentially, we are wrapping around individuals who are enveloped in excruciating pain,” Castaneda said. “Everything we do will be responding to real situations.”

The experimental initiative stems from Instituto Familiar De La Raza Inc., a social service agency with an emphasis on serving the Latino community in San Francisco, particularly in the Mission District.

Campos hopes that through community involvement the initiative will thrive.

“When it comes to educating a child, it’s just like raising a child — it takes a village,” Campos said at the town hall meeting. “Just as it takes all of us to keep our community safe like we have, and now more than keeping it safe but actually bringing peace to our community.”

According to Campos, the civic action and community input over the last three years encouraged the city of San Francisco to pledge $3.2 million in September to support RTP.

Castillo believes that with the city’s money behind it, the program can really take advantage of what it is trying to achieve.

In the meantime, local nonprofits and other partners have made their services available to RTP. These partners include CARECEN, H.O.M.E.Y.,  Five Keys Charter School, Mission Peace Collaborative and Horizons Inc.

During the first year, RTP’s goal is to aid about 80 young people throughout the city, Castillo said, and eventually grow to help 500 young people a year.

Ultimately, Castillo hopes the initiative will be a pathway to resources that are either under maintained or don’t exist at all in the community.

“Sometimes we find that there is a lack of knowledge of what services are available in the community,” Castillo said. “So at the very least we want to spread awareness to the people of the community.”

To ensure the program provides “holistic healing,”  RTP is structurally based on spirituality, down-to-earth conversations as well as government-supported agencies to encapsulate youth with aid that speaks to them on a personal level.

To establish this approach, the initiative has placed culture and community at its core in order to saturate youth with resources.

“Culture has a way of building trust between people,” Castaneda said. “You need trust. And when you’re acknowledging differences in culture between people I think it’s necessary to acknowledge and use culture.”