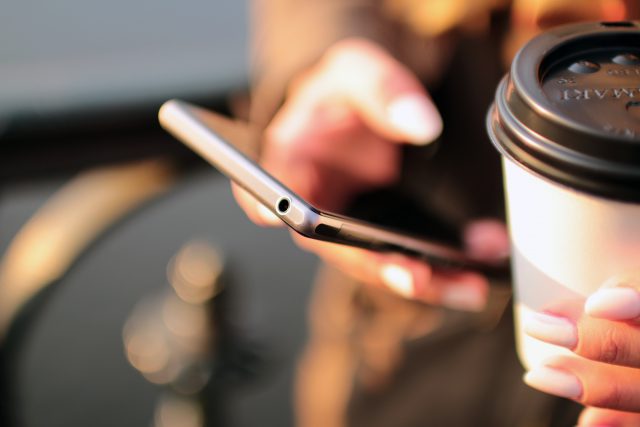 “We both know why we’re here,” reads a message from a stranger, “just come over.” Not sure what warranted that from a match but a new message from another stranger pops up before it’s given another thought. “To keep it light, I got a female but I think you’re cute af.” This is from a person who is supposed to be looking for a love connection.

These are just some of the messages that people on dating apps receive on a daily basis, and the messages become even more persistent from there. Whether people are looking for a hook-up or true love, there’s an app for that. Dating apps have become extremely popular among San Franciscans- there are even some apps that cater to The City alone.

“Guys are like, ‘Oh, you know why we’re both here, just come over,” said Jera Reichert, a current Bay Area Tinder user.  “I feel like that’s super sexually harassing and a lot of people say ‘Oh, that’s what you get for going on a dating app.’”

Women recieve a wide range of message with matches going as far as calling them “bitches” or “cunts” when they don’t respond or say no to a date.

“I think it has something to do with how quick it all is: you swipe left or right and there’s hardly any profile so it’s practically designed with only hooking up in mind,” said Tatiana Laurent, a former Tinder user in the Bay Area. “I got off Tinder a long time ago. It was just always messaging at late hours and saying, ‘Wanna hang out?’ Then they invite you to their place instead of a coffee shop.”

If agreeing to meet an online match, most women tend to take extra precautions in case the worst happens.

“I do feel kind of different when I go on dates with someone I don’t know because I have that paranoid thought in my mind,” Reichert said. “I might just be paranoid because I watch a lot of criminal shows but no one really knows who that person is. I would be super careful and tell my friends ‘Oh, I’m going out with this guy,’ and send a screenshot of him and tell them this is where we’re going.”

There are now numerous personal accounts on social media that are shedding light on harassment on dating apps as a way of taking control and spreading the message that harassment isn’t ok.
At 410 thousand followers since its creation back in 2014, the Instagram account Bye Felipe is dedicated to exposing the harassment people – mostly women – experience on dating apps.

“My main reasons for creating the account [Bye Felipe] were: A, Commiserating with other women (you can’t be a woman online and not get creepy messages from men); B, Letting men know what it’s like to be a woman online (it’s not all cupcakes and rainbows!); and C, To expose the problematic entitlement some men feel they need to exert over women in general,” wrote Alexandra Tweten, creator of Bye Felipe, for Ms. Magazine. The page currently has 377 posts, almost all from the encounters women face when on dating apps. The encounters are usually pleasant until the woman stops responding or rejects the match in some way.

“This is a problem I have always experienced,” said Sarah, a repeating commenter on the Ms. Magazine blog. “A guy who was old enough to be my dad messaged me on a dating site (Plenty of Fish to be exact), and I told him I’m not into older guys. He then proceeded to lash out at me, calling me names such as bitch and cunt and said I was too fat for him anyways.”
Many other women commented on their experiences too, revealing their experiences to be similar to those of the original commenter.

“When I first discovered that other women were receiving the exact same messages I was getting, it made me feel more at ease,” said Tweten. “It made me feel solidarity with them, and like it wasn’t such a big deal, as I had thought before. I get a lot of thank you letters saying, ‘I didn’t know other women got these messages too!’ It makes me feel better.”

More and more companies are dedicating themselves to making women feel better about online dating as well. The Grade titles itself as “the female friendly dating app.” Though based out of New York, the app has gained popularity among young San Franciscans. The Grade’s mission is to make every user accountable for their actions by actually giving them a letter grade from A+ to F based on their behavior in three categories: message responsiveness, profile popularity, and peer reviews. People who receive an F are automatically disbarred from the site.

According to Tweten, the best way to prevent harassment on dating apps is for the companies to actually take the time to listen to the victims on their sites, to find more efficient ways to block frequent harassers so they aren’t just free to create another profile, and to have some sort of censor in their messaging system.

“Censoring these messages may help in the short term, but the messages featured on Bye Felipe are like an immortalized version of the catcalls and threats women receive on the street every day, just walking around and existing,” said Tweten. “Until we change the cultural atmosphere, women will continue to receive these hurtful messages online and in real life.”