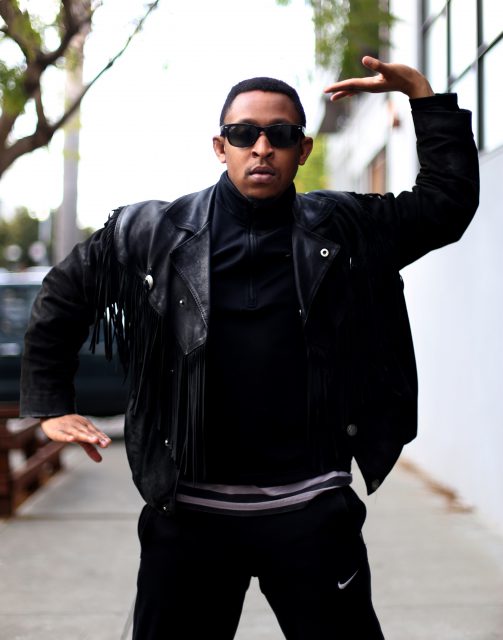 Jacques Whitfield was 16 years old when he and his friend from hip-hop dance class went to their first ball. The vibe was intense and chaotic. Performers ran around the hall scrambling to find pieces of their garments, and everyone spoke over one another. A fight nearly broke out feet from their seats. Whitfield had no idea what to expect. All he knew was that he had to make it home to San Francisco from Oakland by his midnight curfew, and at 11 p.m. the party had barely started.

When the ball began, Whitfield absorbed the wonder of his surroundings. He was in awe of young people of color like him performing with unbridled confidence and a sense of self. “At that time I was still trying to get to know myself and figure out who I was individually, so for me to be around other people that knew who they were, or were coming into who they were meant to be, was quite beautiful to see,” Whitfield said.

He was also surprised to see the same people who had almost come to blows before battle it out on the dance floor instead.

A decade later, it’s clear that Whitfield is where he belongs. Since 2010, he has been teaching vogue, a dance style with elements of runway walking, gymnastics, and break dancing, at Dance Mission Theater, Oberlin Dance Company [ODC], and various events around the Bay Area. When he walks into the studio at Dance Mission Theater to teach his class, Vogue and Tone, he greets everyone with the same warmth as he would his best friend. Whitfield came from a competitive dance troupe background, where he said he had his fair share of “haters.” But now Whitfield is feeling the love, and he actively spreads it. He encourages his students through every pass down the runway. As he teaches, he shouts over the thundering beat of a RuPaul track, “A family that vogues together stays together, and always stays fabulous!”

According to Whitfield, there are very few vogue competitions or performances, called balls, hosted in the Bay Area. Whitfield and his professional partner, global street dancer Rashad Pridgen, created a dance troupe specializing in vogue performance called House of Prolific to fill their community’s void, and to educate people about the historical roots of vogue.

“The origins of vogue comes from the African American and Latino gay male community,” Pridgen said. “The dance form came out of that community because they weren’t able to express their art form, their expression, out in the commercial world.”

The ballroom scene started in Harlem, New York in the 1930s as an underground scene for LGBTQ people, specifically of color, to freely and safely express themselves. In the 1960s, the performance and drag elements of the ballroom came into fruition, giving birth to the dance style now known as vogue in the 1980s.

This community found security in numbers, and formed “Houses,” which served as familial units for those who otherwise had no safe haven in the mainstream world. Houses would vogue competitively against each other at underground balls to see who could create the most beautiful costumes, walk the best runway, or pass as straight and gender-normative. In the 1980s, balls also became opportunities for people to teach and learn about safe sex practices at a time when the HIV/AIDS epidemic ran rampant.

“The culture and the history needs to be talked about,” Whitfield said, which he feels is his responsibility as a self-identified queer man of color. “Being part of a community, you need to know your history,” he said.

Hearing this history is how Chris Pietro first learned about voguing. He was shown YouTube clips of vogue dancers and at a party on an Air Force base where he lived in Okinawa, Japan. Pietro said he was instantly fascinated, and researched the legendary vogue performers on YouTube, and read about the historical significance of vogue as expression in the LGBTQ community.

“I like how there’s kind of a history and connection within the gay community, and I like how basically it started with people, homeless youth, being taken into different houses,” Pietro said. “Instead of getting into fights and getting into stupid stuff they would basically form these little families and take care of each other.”

Pietro thought he wouldn’t be well received as a vogue dancer because he is white and the Vogue community is traditionally comprised of people of color, but once he attended a class in San Francisco he said he felt supported more than anything. “If you’re good at it and you’re not an asshole about the dance style, then it’s all fine in the end,” Pietro said.

There are voices in the LGBTQ community and among people of color who would disagree. Ballroom culture was created out of necessity for the safety of queer men and transgender women of color. According to opinion writer Justin Allen in an article for The New School Free Press, when white people take up that space, it defeats the purpose of those queer people of color trying to take up their own space in a predominantly white world.

This viewpoint stems largely from Madonna’s popularization of the dance style with her 1990 single “Vogue” and the controversy it sparked in the existing vogue community. Pridgen acknowledges that “Vogue” brought attention to the style of dance and inspired people worldwide. “But it didn’t attach that this community had been doing it for a long time, that the African and Latino gay community created it,” Pridgen said.

The same is the case for House of Prolific. “The dancers are a variety of amazing, beautiful people of different ethnicities, different sexualities,” Pridgen said. “It’s a really eclectic group of folks that are inspired by the dance form and want to continue to perform and understand the roots.”

House of Prolific operates as a troupe so it doesn’t strictly consist of vogue dancers. The common thread that connects its members is Dance Mission Theater. “Dance Mission is kind of this hub for dancers that are taking a variety of different styles,” Pridgen said. He said Dance Mission Theater is like a community center for dancers, and they not only get a chance to learn new styles — vogue included — but also present their own work.

Pridgen and Whitfield both have extensive and varied dance backgrounds. Pridgen has trained in West African, hip-hop, and modern dance, but his passion is in street dance. Whitfield is trained in hip-hop, Afro-Haitian, jazz, and modern dance, and uses those styles in his vogue choreography. “It’s quite nice to have that family of just performers and artists of all different genres coming together as a house,” Whitfield said.

In the future, Whitfield wants to have balls in museums, and places like the Yerba Buena Center for the Arts, where everyone can attend. “I can see us doing collaborations with museums and different artists and different dancers,” he said. He said he also hopes that vogue and ballroom culture will one day be taught in colleges as part of LGBTQ or African American studies.
Vogue is a source of inspiration for Pridgen, and his goal is to give it a platform. “I’m passing on that vogue is a valid art form, and that it comes from a certain community of people, and that should be respected,” Pridgen said.