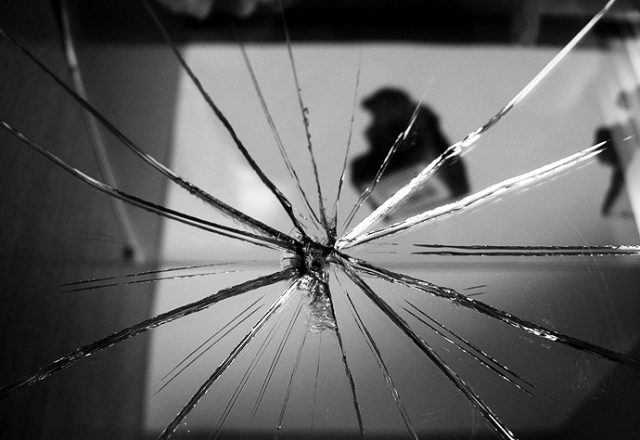 During a dimly lit dinner 800 ft above ground on the Las Vegas Stratosphere Tower Restaurant, my partner and I discussed our future as we enjoyed the 360 degree view of the city. Some nights we preferred sleeping outdoors, so we would grab a couple bottles of wine and sleep on the beach underneath the starry night. My most treasured date was the adventure we embarked on when we woke up at five in the morning and hiked ten miles to a secluded bridge where we bungee jumped 140 ft. The extremity in heights of these particular dates describe the pivotal highs of my relationship, followed by the lows.

Any tumultuous relationship has its fair share of ups and downs. One minute the euphoric high of love fills the air, and the next moment is a downward spiral.

At first our relationship was simply effortless, we presumed we could conquer it all. Although separated by 500 miles, three years of a long-distance relationship was filled with an abundance of unforgettable dates and long-lasting memories that can bring tears to my eyes.  The distance eventually took a toll on our relationship; disagreements and communication issues ultimately led to our demise.

The ability to detach from a relationship without agony would be the ultimate free pass. The anesthetizing shock of separation can cause lack of emotion; however, feelings and emotions are part of the human experience and a major part of a breakup.

If everything was so great, why did we break up?

A small argument over accusations of being overly friendly, based on mistrust turned into World War III. We exchanged hurtful words as he ravishly screamed and smashed everything in sight, punching holes in the wall as I sat on the floor in panic. I had to cave in and agree to anything he said until he eventually calmed down and fell asleep. This argument continued the following morning. It went as far as the person who I wholeheartedly trusted and respected putting both of our lives at risk with all this — in hopes of winning an argument, out of anger, or anguish. I didn’t want to get in the car with him, but I had no other way home. He repeatedly tried to crash onto oncoming cars that sped past us. I would’ve called for help but he had forcefully destroyed my phone, making it useless.

The aftermath of that day and night rippled through, my life causing aftershocks. The confusion of how someone that cared for me could also put me in so much danger was mind-boggling. It put me in a period of mental shock, which a counselor at San Francisco State University later described as emotional and verbal abuse. The word “abuse” had me taken back by how out of hand our situation had become. No one really prepares you for this kind of stuff. The wave of emotions were so overwhelming I withdrew from one class and failed another. There were times when I wanted to drop everything and move back home to Southern California.

I am not proud or blaming this on him, because I do hold some responsibility in the argument and actions. But I’ve come to value myself enough to be aware that there is a fine line between an argument and a catastrophe. This isn’t a bash-your-ex column, a pity session, or anything relating to that, because it was an eye opening experience. This is my truth, and ultimately the straw that broke the camel’s back.

Not knowing how to deal with my emotions engulfed all of my attention. But after failing my classes, I chose to refocus my attention on myself and my happiness. It wasn’t typical of me to let something distract me from my studies and work. I had left my family and friends to explore my journalistic passions, but I was being dragged down by a person who claimed to love me.  I needed to relinquish my anxieties and tensions, and that essentially meant letting go of him.

As extreme as it may sound, it’s almost like mourning the loss of a person. The loss of a commitment, companionship, and perhaps a future that was envisioned. What I found the most helpful after talking to a counselor was allowing myself to have moments of clarity, as I regained the strength to listen to my own instincts. She explained how she couldn’t tell me what decisions to make, but advised that I follow my intuitions.  Acting upon emotions led me back to the same vicious cycle of guilt and sadness that I wasn’t being mindful of his suffering but of my own; processing almost any hardship in life takes time.

So what comes after the heartache, perhaps a new beginning?

I have come to find that San Francisco’s dating scene is a completely different ball game. According to Match.com’s “Singles in America Survey”, San Francisco tied with San Antonio as the number one city for one-night stands. In an infamous Netflix-and-chill period, a committed relationship seems like the plague — extremely rare and part of history.

But modern love, with its one-night stands, seems unappealing to me. The time will come when I regain comfort in exposing my vulnerability to someone new. I guess getting to know someone a little beforehand is out of style.

But every individual is entitled to a prerogative. Not only do the experiences that people have with dating apps provide great conversation, but they also provide the individuals with a sense of companionship and a mean to have their needs met.

Navigating life’s hardships and dealing with breakups are not easy, and I know I am not alone in this experience. Perspective is relative, which is why I feel compelled to share my story. Not all relationships and breakups come to this extremity, I personally would’ve never envisioned this as the end but it happened. What he viewed as an overreaction to an argument, I viewed as intimidating and threatening. He viewed it as giving up, but realizing how truly tarnished I had become, the choice to walk away was for my own well-being. The reasoning behind a breakup does not make one person better or worse. At this age, life’s challenges may appear trivial, but taking a step back to evaluate the situation can prevent suffering. After all, not all situations demand a reaction, but with maturity comes perspective.