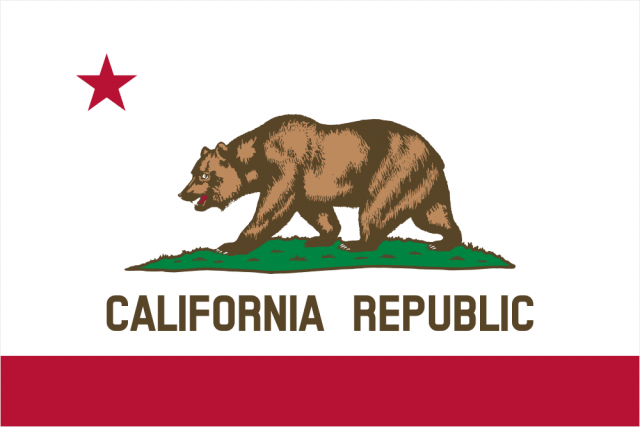 The dystopian scenario everyone loves to fantasize about is here. Factions have been formed, the union has divided, and the protagonist of the situation might actually be the villain.

California might not be far into the storyline yet, but a group focused on separating the Golden State from the United States, is pushing it along.

The ballot measure campaign committee, Yes California, has one goal: to give Californians the opportunity to vote themselves out of the Union, and into its own independent nation. Historically, this hasn’t really worked out, but there’s such a thing as second chances.

Yes California’s popularity has grown increasingly since President Trump’s win. With a mailing list that’s reached about 160,000 people, and a Reuters poll suggesting that about one in three Californians are for a peaceful exit from the United States, Yes California has high hopes on seceding from the rest of the country.

The chance of a successful secession actually happening is nearly impossible, but many said that about Donald Trump becoming president, so ruling out the impossible has to be ruled out in itself. Let’s play with this movie-made scenario.

Unless you’ve gone completely off the grid for the past year, it’s clear that there is a separation in the country. And if you live in a popular area in California, which is most of California, you’re probably thinking most of the country has gone insane.

The nation is now led by Republicans, and our left-leaning Democratic state is ready to do anything it can do stay on its progressive course. So what does California need to do? Well, jumping ship is the first thing not to do.

Listen, I know this seems a little scary, but just because the country is rumored to being ran by self-proclaimed nationalist, Steve Bannon, that doesn’t mean all red states have the same idea of nationalism.

When President Trump says he has the highest ratings, he has to be referring to the highest disapproval rating. CNN reported that fifty-three percent of Americans are unhappy with the way the president is doing his job; that’s higher than any president in United States history. Pew Research reports that only thirty-nine percent approve of how he’s done explaining his plans and policies, and a forty-one percent approve of his high-level appointments.

With ex-National Security Advisor Michael Flynn resigning less than a month into Mr. Trump’s presidency, it doesn’t look like President Trump’s approval rating is going to be getting better anytime soon.

After gathering 585,407 signatures to receive ballot recognition, that ballot measure then passing, and a proposed constitutional amendment, with a two-thirds majority in both the House and Senate, or a two-thirds ratification by the states allowing California to secede. That’s what it will take for our Golden State to get rid of the rest of the country. But first, is it possible for any state to break away from the Union?

“We had a war to settle that question,” Justin Peck, a San Francisco State political science teacher explains, “and when the war ended, we came out of the war understanding that it is not a viable,constitutional option to exit oneself.”

After the Civil War, the Supreme Court case Texas v. White decided: “Acts in furtherance or support of rebellion against the United States, or intended to defeat the just rights of citizens, and other acts of like nature, must, in general, be regarded as invalid and void.”

So, no. A state is not allowed to exit the Union.

However, Yes California’s website lists a nine point case in which they provide valid reasons for leaving the Union. Some of the points mention trade and regulation, universal healthcare and immigration, but even after reading through the nine points, Peck isn’t satisfied.

“As far as I can see, there is no credible argument…the system is setup such that the people of California get to advocate for their view,” he says.

And if you need any more reassurance that President Trump isn’t going to get himself into a fascist regime, Peck explains, “Donald Trump makes enough Republicans unhappy that if he broke the law, I think there would be people whose loyalty to the constitution is stronger than their loyalty to him or the Republican party.”

The Protagonist, And Possible Villain:

Louis J. Marinelli, the man leading Yes California, does not even live in California himself. Based in Yekaterinberg, Russia, Marinelli teaches English when he’s not leading the first, and only, California embassy.

Normally, a relationship with Russia would be of no concern, however, recent findings suggest that Russia might not be a reliable European superpowers to find guidance from.

Marinelli told the New York Times, “It’s kind of funny, because if we had secret Russian support, we wouldn’t be open. I live in Russia. I would have to hide that, not promote it. We have nothing to hide. We’re doing some good work here. We’re going to continue to do that.”

“Many people that live here are being portrayed as the enemy; the ‘West Coast elites’,” Matthew Fisher, a San Francisco business professor says. “If you’re not really wanted and you don’t really need to stick around, then why stay in an abusive relationship?”

And that’s a valid question to ask. But, what we also have to ask is California really in an abusive relationship, or is it the American people as a whole?

California is getting abused, but so is the rest of the country. So why should the state leave everyone else to fight off President Trump on their own? There are systems in place to fight President Trump. The same system that got him in power, is the same system California can use to take it away. Why break a system even more when there’s ways to fix it?