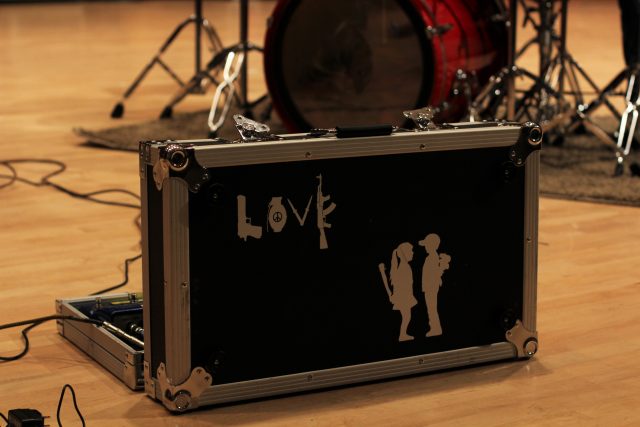 Christian Arriola plays with both bands Phlogiston and Gaviots during his final graduation recital in Knuth Hall at SF State on May 16, 2017 in San Francisco, Calif. (Alina Castillo/Xpress) Download permissions

[ngg_images source=”galleries” container_ids=”7″ display_type=”photocrati-nextgen_basic_imagebrowser” ajax_pagination=”0″ order_by=”sortorder” order_direction=”ASC” returns=”included” maximum_entity_count=”500″]Christian Joseph Arriola is a San Francisco State music student that marches by the beat of his own drum. With his charismatic personality and compassion for others, he is truly an inspiration to musician students in the Bay Area. Ever since he heard a song from Animals as Leaders he knew he found his life-long passion for playing the drums.

Day in and day out Christian practices for almost 8 hours a day to keep up his chops for his final graduation recital. Arriola’s is not only involved in two bands Phylogiston and Gaviots outside of school but also found a perfect job that incorporates his love for music. Christian works at Inspire Music Lessons on Taraval giving the gift of music lessons to students raging from ages 3-60+.

Christian’s graduation recital was the final musical moment he would have in Knuth Hall at SF State. With the support of his family, girlfriend, friends an peers, he gave it his all when performing his solo set of song covers. Memorized and perfectly executed, Arriola finished his recital with a double concert featuring both bands coming together to perform during the recital.

After graduation Arriola plans to practice at least 8 hours a day while still working at Inspire Music Lessons passing on his music knowledge to others in the area. Christians sends this message to all future SFSU music students, “Always find a way to practice and play with passion.”  He also wanted to include a quote from Christian’s favorite musician Matt Garstka, “If you truly want to do something you won’t mind working your ass off for it.”