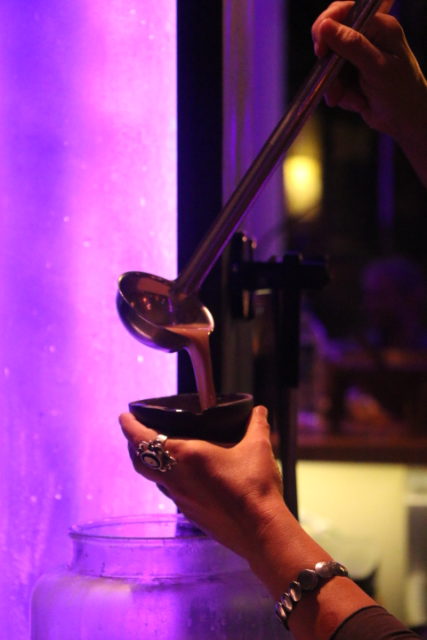 Kava is a legal drug currently gaining popularity in San Francisco due to its sedative and relaxing qualities.

Whenever the words “drug” and “legal” are used in the same sentence, proverbial red flags are raised to the sky, all with the same question: “does it even do anything?” The short answer is yes, but the more important question to answer is: “Is kava right for me?”

Marijuana isn’t for everyone, and neither are psychedelics or dissociatives, but everyone’s reasons are different. It could be because someone doesn’t enjoy the act of smoking, they think being high is too intense, they’re scared of the effects on their health, it gives them anxiety or simply any of the other countless reasons to not partake in certain drugs. Yet, particular aspects of various drugs are appealing to people that are normally against drug use, such as euphoria and clarity. Kava is a one-ingredient plant that is advertised to have amazing health benefits.

We often lose scope of the potential healing and nourishing effects of Earth’s natural gifts. Just the mere label “drug” is enough to deter people from even considering it as a way to treat their day-to-day stress, insomnia, and ill-feelings via a boost to their immune system.

“I’ve been drinking kava for about two weeks and have noticed benefits already,” says Katherine McCarty, who is a new employee at the Kava Lounge in San Francisco.

“My awareness, innate ability to heal and sleeping patterns have all improved. The more I drink, the more I feel the effects, almost like a reverse tolerance.”

Before being appropriated in San Francisco, kava was commonly grown and used in places like Hawaii, Melanesia, and Fiji. Kava is a plant grown in the Western Pacific, but its roots are what’s harvested for its sedative effects. Natives hold ancient knowledge for the applications of kava, which include its power to mend ailments such as urogenital conditions, respiratory ailments, and skin diseases.

The roots themselves are usually prepared into kava by being chewed, ground or pounded, depending on the culture. In San Francisco, kava can be easily purchased either as a powder or as a liquid at a kava cafe. Kava has existed longer in the city as a powder, but its easy accessibility and novelty, which comes from drinking the potion from a cut-across coconut shell, has jettisoned its popularity.

“We get our roots imported from Fiji,” says Priscilla Hill, manager at the Kava Lounge. “There are two main parts to the root: the top root lowena, which feels heavy and relaxing, and the lateral root waka, which is lighter and more energetic. The only other ingredient is reverse osmosis water.”

As a rule of thumb, drug experiences are unique to the person taking them, but kava’s functions are routine, specialized, and minimal; it doesn’t leave much up to personal differences. Kava is similar to the experience of consuming cannabis, which includes being somnifacient, but absent of any effects that stem from a stereotypical high.

Kava isn’t only for stressed out insomniacs looking for a natural cure, it can also be for a group of friends with nothing to do on a Saturday night; the alternative to going to a bar or a café. In fact, many people who have adopted kava into their lifestyle have also pushed out alcohol and caffeine altogether.

Alva Caple owns the Kava Lounge, but he first owned a bar in Topeka, Kansas. He gave up serving alcohol so he could serve kava, which resulted in him opening a kava bar in Hollywood, Florida. After some years of being successful, and also some careful deliberation and planning, Caple decided that he wanted to leave Florida to start a kava bar in California. He was shocked with the amount of bars in California, or lack thereof.

“I wanted to go to California because it was a progressive state, although initially I wanted to start my bar in Berkeley,” Caple explains.

“Six or seven years ago, there weren’t very many kava bars; there were none in the city and only one in Berkeley, San Bruno, and Davis up here.”

The kava business has been going well for Caple ever since opening day and he now has plans to expand into also serving raw vegan food. Not a lot of people know about kava, despite its boasting about a positive lifestyle and health changes, which is also a reason for skepticism.

So, why would a miracle root be so unknown if it really worked? One aspect of kava that is widely agreed upon, by haters and lovers alike, is that it’s an acquired taste.

Drinking kava leaves a trail of numbness across your tongue and down your throat. Imagine what it feels like to halt blood flow to the tongue: numb yet sensitive, with a slight sting and shiver.

The flavor is also hard for some people to forgive. Essentially, there is nothing but kava root and water. Kava translates to English as literally meaning “bitter,” which, if anything, is an understatement. It’s an experience oddly nostalgic to those mud pies in elementary school. The liquid itself is clear with chunks of earth surfacing to and buoying at the rim of the cup, bowl or hollowed-out coconut shell until stirred back to the bottom to become saturated.

That being said, some people really enjoy the taste. David Soutter, a travel writer and chiropractor, actively looks for kava bars when he’s assigned articles around the world.

“I just flew into San Francisco this morning, but I wanted to come to this kava bar,” Soutter says.

“I drink it because it helps me with jet lag.”

While the kava community raves about its effects on sleep, perhaps the most common piece of kava-praise is its effects on short-term anxiety. Cannabidiol, one of the most active cannabinoids in marijuana, serves a similar function in that it is responsible for the couch-locked and calm sensation one gains from cannabis, which come with feelings of physical comfort and mental peace.

Despite all the positive effects, there are some negative ones. For example, kava dermopathy is a fully reversible skin condition that causes incredibly dry skin. This, along with other commonly accepted side effects of kava, is only contracted with excessive use.

Kava is a great way to experiment with natural remedies for conditions such as insomnia and anxiety, meaning there’s no need to place trust in a pharmaceutical company to provide non-poisonous help. It’s an easily accessible drug with ancient knowledge of curing ailments and soothing anxiety, which unsurprisingly is the reason for its mass appeal to the population of San Francisco.