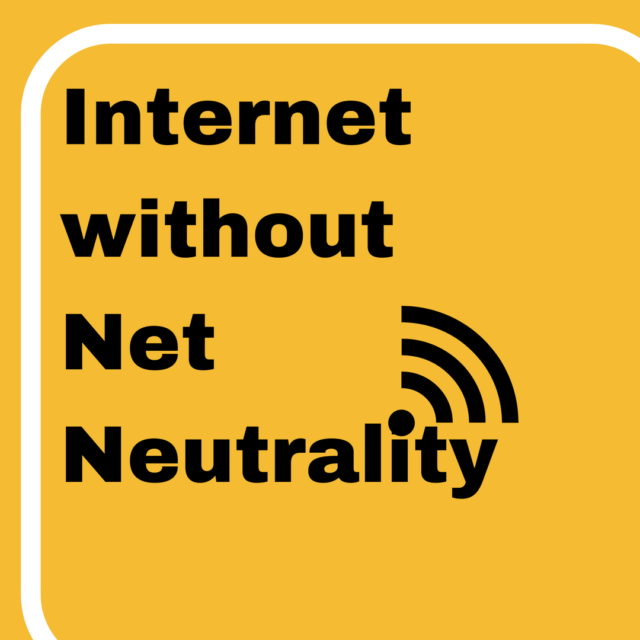 The Federal Communications Commission (FCC) will vote on whether to essentially repeal Net Neutrality on December 14, which, if repealed, would be the biggest attack to Americans’ right to use the internet freely.

Net neutrality has been an issue in the U.S. since the internet has been used by Americans in browsers. Freedom to roam the internet with no discrimination has been assumed to be the moral right even before official legislation stated so. Corporations’ attempts to control internet access and bandwidth through Congress have been repeatedly shut down.

It wasn’t until April 13, 2015 that America presented regulations that prohibited internet service providers (ISPs) from discrimination via lopsided bandwidth distribution and complete bans on certain sites and functions the internet provides. Even though Net Neutrality has only been in effect since June 12, 2015, this repeal could be symbolic of a power shift from internet users to internet providers, which will have very real consequences.

With such a huge swing in power, the amount of potential danger to the internet is staggering. Many people worry how drastically their own lives will be affected by a repeal of Net Neutrality. Many parts of the internet will simply die off because they can’t survive in the new, harsh climate, while bigger corporations, like Amazon or Netflix, will build a monopoly on their respective market. Ultimately, Net Neutrality in the U.S. provided a protective barrier for all internet users, promising equal bandwidth distribution across every part of the internet, but if and/or when this barrier is shut down, everyone will have a different, personal reason to mourn the internet as we currently know it.

One valid and popular reason that people use the internet is to share their own creations and have them spread throughout the web for people to enjoy and support. Uploading and sharing personal works on the internet is an effective process to circulate one’s work with no cost to the uploader. A repeal of Net Neutrality would mean that ISPs have total manipulation of bandwidth, which grants them the power to dictate where American internet users can upload and what they can upload.

Communal, niche art districts will be largely destroyed because of their inability to compete with bigger sharing platforms. For example, Tumblr has dominated the blog market, which puts sites like DeviantArt and Pixiv in the precarious position of having to directly compete with their toughest competition.

Allegra McComb recently graduated from Stanford with a major in art. She posts her oil paintings all over the internet, advertising her commission prices and original works for people to buy. She uploads her artwork to multiple platforms, which she believes will grant her maximum exposure.

“My main concern is that, what am I going to do when no one else will be able to see my paintings?” said McComb.

“I already have to work a second job at Peet’s [Coffee & Tea]. I’m not sure what I’m going to have to do now.”

It’s not just about art and struggling post-graduate college students, it’s about everything and everyone. If Americans are forced to selectively choose between what parts of the internet they’re allowed access to, most of them will select the biggest option. For example, why pay for Vimeo if you’re already paying for YouTube? This question and logical conclusion provide the mental steps that eventually lead to, if we continue using the Vimeo and YouTube example, a world where YouTube is the site to upload videos to the internet and Vimeo is a mere memory, only brought up in conversation when reminiscing about how the internet used to be.

Mary Roach is a best-selling novelist and award-winning journalist, perhaps best known for her work “Stuff: The Curious Lives of Human Cadavers.” Roach is worried about what the Net Neutrality repeal will do to the publishing process and journalism field. Especially in 2017, Americans are more independent than ever on the internet for their articles and books. With the internet losing its communication equality, the publishing industry is another market that will most likely completely run by sites like Amazon.

“Right now in the office where I work in Oakland, we have cheap internet for everyone,” said Roach.

“If Net Neutrality was repealed, I’m sure the prices would go up. We need the internet in order to communicate and publish. I’m hoping we’ll still be able function, but I’m not sure.”

The ability for internet service providers to control the way otherwise independent content producers are able to publish is not only horrible for the content makers, but also for the consumers. Many people are already worried about the state of our media, with its current controversies of fake news and corruption.

Taking power away from the reader only makes it easier for corporations to hand feed false information to us. Because the concept of Net Neutrality has been assumed since Americans started to browse the internet, there are currently no laws that support the concept of transparency.

That means, especially when Net Neutrality is first repealed, that internet service providers will have more freedom than ever to take bribes, or any other money-driven ulterior motive, in exchange for giving or taking away bandwidth from any site. Essentially, this gives corporations the ability to buy-out their opponent at the cost determined by internet service providers. This is accomplished by the ISPs either making their platform run slower or completely banning it altogether.

“I already have a tough time believing what I read on the internet, I’m not sure how much I’ll be able to trust it if Net Neutrality goes away,” said Brisa Sepulveda, a concerned student majoring in creative writing.

“I’m obviously against it. This is just the government taking away the rights of [the average American citizen] for a profit, again. Nothing we haven’t seen before.”

This new climate also supports the business model of pairing up. If the internet is sold to us in categories, such as “streaming” or “news,” then it only makes sense for corporations to strive for domination in their respective market. Sometimes this results in the smaller sites dying, other times it results in the smaller sites combining into one or simply being bought out, which they hope will morph them into an unbeatable powerhouse.

“Companies like Spotify and Hulu are pairing up. They’re already two of the biggest streaming sites on the internet, but in an internet climate that strives to eliminate competition, the only way to survive is to make friends. If you can’t beat them, join them.”

A world without Net Neutrality is hard to imagine because, as Americans, we’ve never lived in it, but that could all change very soon. America has been spiraling into a fascist government that attempts to control its citizens, and what better way to control people by deciding what they see? There are many reasons to be scared about the potential repeal of Net Neutrality and many of them which won’t be seen for some time. Freedom to roam the internet has been assumed to be an innate right, and now that this right is being challenged, we can only hope that internet service providers will emulate practices as close to the original model as they possibly can. The internet will no longer be controlled by the users, but the providers.