Opening Up About Being Open 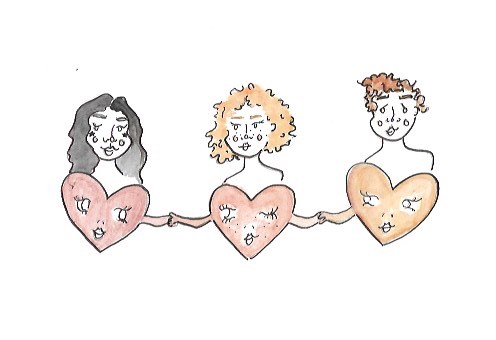 Open relationships are a lot like pineapple on pizza – people either love it or hate it. But as all new and different things,  maybe don’t knock it until you try it. First things first – what does an open relationship entail?

The concrete definition of an open relationship is difficult to pin down. Mainly because every relationship is different, with different people and different rules. Dr. Colleen Hoff, a professor of sexuality studies at San Francisco State University, defines it as, “one where you are allowed to have sex with another person outside the relationship.”

But just as in any monogamous relationship, no two are the same. Each couple sets different rules, boundaries, and standards for each other.

Ryan delves into the workings of open relationships with his friend, Stephen*, who has been in an open marriage for more than twenty-one years. Their experiences with non-monogamy differ, but neither of them would choose to go back to a strict monogamous relationship.

“I think that being in an open relationship is a way to pretend I’m living a single life in short bursts,” Stephen answers about his open marriage. “And then go back to the rock-solid foundation that I have that makes my life worthwhile.”

“We make sure that if we do anything with anyone else that we know where our boundaries are, especially our emotional boundaries,” Stephen describes about the particular dynamic him and his husband have. “If the other person develops feelings we have to really be aware of that. The partner always comes first. Everyone who’s coming in has to know my rules and what’s allowed.”

Both Stephen and Ryan are gay men and interpret the higher rate of open relationships in the gay community as a result of taking control of their own lives when most of the world wanted to limit them. And, simply, because they are men.

“I think generally men are more openly sexual,” Ryan suggests. “So in a relationship of two men where we’re like, we both want sex and we know that we can dissociate sex from love, so why not branch out and experience other people?”

Author of numerous books about human relationships outside of monogamy such as The Myth of Monogamy and Out of Eden, David Barash argues that monogamy simply isn’t human nature. Thus, outside relationships could be the answer.

“For most of human history monogamy wasn’t the norm,” David points out. “And prior to the homogenization of human societies following Western colonialism and Christian missionaries, only about fifteen percent of human societies were preferentially monogamous.”

And then the norm changed—most likely due to the desire and reliability of biparental families says David.

But America’s interest in open relationships in the past decade has increased significantly, according to a study from the University of Michigan that focused on Google searches surrounding the topic. Is a future where monogamy is no longer the norm possible?

“Of course it is possible!” David affirms as he returns to the fact that if it was once not the norm, who’s to say that won’t happen again. But is pure monogamy itself still possible in our modern world? “I can’t say if it is becoming less possible, but it might be, simply because social media and the internet expose people to images and opportunities not previously available.”

Colleen has been working on a study for more than twenty years centered on gay men in relationships with outside partners. Open relationships are more likely to occur within the LGBTQ community (in Stephen’s experience here in San Francisco, 90 percent of gay men are in open relationships), but Colleen says her focus here was all about safety.

“It was pretty clear that a lot of gay couples had open relationships,” Colleen proclaims as she divulges into the topic of HIV prevention among the gay community. “I thought it was important to examine those relationships, with regard to what relationship factors might be associated to greater risk for HIV. Your life could be at stake if somebody’s engaging in risky sex that they could then bring home to you.”

For this reason, along with the many others that contribute to a healthy relationship, trust and communication are essential here.

“I’ve always found that communication is primary. That honesty and openness is better,” Stephen states about how to stay safe and healthy with his husband. And Ryan agrees, adding his ex’s boundaries were: “obviously always being safe, with condoms. Without condoms was a big deal breaker for him.”

Even with the best safety measures, it’s safe to assume all relationships, monogamous or otherwise, come with their own batches of jealousy. But Stephen argues that jealousy is not a common emotion between him and his husband.

“[Jealousy’s] a discussion point, it’s not present but it’s always under the surface and it could crop up if he doesn’t feel safe. And my job is to make him feel safe,” he assures, also explaining that just because jealousy isn’t always there, that doesn’t mean it won’t be at some point and the best way to avoid that is complete honesty with one another.

“You can’t sneak around, you cannot lie; that creates jealousy immediately,” he explains. “If all the cards are on the table and everyone sees them, then we can have so much fun. One person hides a card and then that spoils everything else.”

A study done for the Journal of Sex & Marital Therapy in 2016 found that one in five of single Americans have been in a non-monogamous relationship.

So why do so many couples decide monogamy isn’t for them? Colleen, as a sexual therapist who has worked with many open relationship couples, explains that there’s never a single reason for this change.

“Sometimes couples do it for sexual excitement,” she explains in a simple matter. But Colleen also delves into more complicated reasons, such as one partner having a medical condition that disables them from performing sexually. Here, the other partner would go elsewhere for sex while still maintaining the emotional side of the relationship with their unable-partner.

Ryan explains that he and his ex decided to go open because, “we both were looking for more. We were just wanting to experiment more and grow as people and just make more connections.”

Although their relationship is over now, Ryan would not give the experience of an open relationship for anything.

“I learned a ton about myself and personal growth and what I can and cannot tolerate and just being valued,” Ryan recalls, to which Stephen adds with comfort, “and how to speak up for yourself.”

To them, an open relationship is the answer to the struggles of monogamy where you are constantly restricted or jealous, and shamed for seeking sex elsewhere. In a country where the divorce rate is more than 40 percent, according to the American Psychological Association, open relationships could be the answer.

“[BDSM]’s incredibly exciting and the opposite of boring which is what I want,” reveals Stephen. “I can be settled [with his partner] and still feel like I’m growing and changing at the same time. I am so close with my partner, I feel so lucky because I have everything I want. I’m loving my life and this is a part of why I love it.” 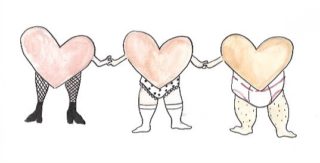