Ebonics is NOT “Black English” 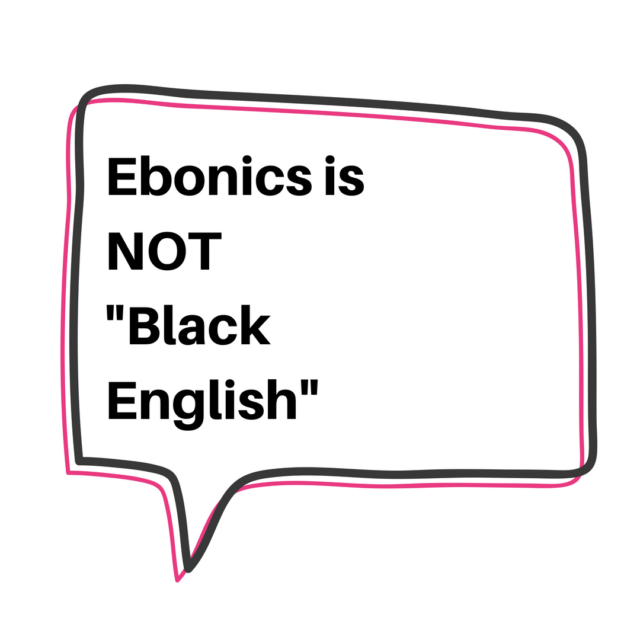 There is no coincidence that Black people throughout the country understand and communicate in a way that is foreign to people who are not close to the culture. There is no coincidence that, although the words used are English, they don’t mean the same thing you’d find in Webster’s Dictionary. A language with history, phonetic patterns, and can be translated and dissected. Ebonics is the language shared among Black Americans and has been passed down generation to generation.

Ernie Smith Charles provides a definition to the word Ebonics and stated, “The term Ebonics refers to the ‘linguistic and paralinguistic features, which represent the language and communicative competence of West and Niger-Congo African, Caribbean, and United States slave descendants.’”

Ever-changing, the Ebonics that is prevalent now is marketed and extracted from popular songs, black celebrities and even through social media platforms such as Twitter. The difference between Ebonics and slang is in who is using it, the context, and the understand that this is the first way that most black kids are used to speaking.

You finna find out all about it in this next video…