Highs and Lows: The Hidden Cost of the Wreckreational Cannabis Industry 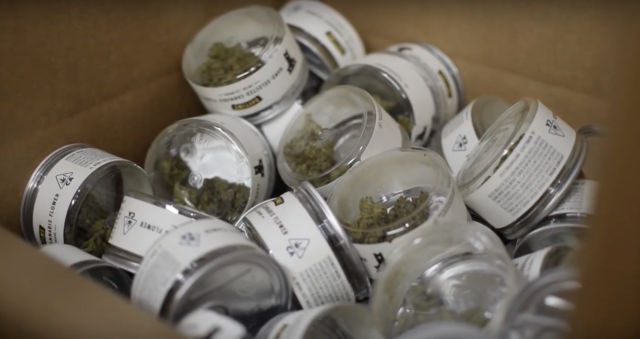 It’s the wild, wild West all over again! As cannabis consumption soars to new highs thanks to the effects of Proposition 64, and SF adds new businesses, events, and services for its stoners every year, what does recreational cannabis look like for its industry insiders, and everyone that was subsequently pushed out? The truth is a bit of a downer.

The full weight of the semester is settling in. Assignments loom on the horizon, those extra shifts are stacking up—is Art History or Engineering really the right way to go? The pressures of academia are unrelenting—nevermind the legacy of student activism, family expectations, and personal desire. Students here have held protests, hunger strikes, and walkouts to support causes dear to them, like the now-notorious hunger strike to save the Ethnic Studies department from losing funding. They also like to smoke a lot of weed.

And alas, the proverbial floodgates are open! Adults twenty-one and up can now patron a dispensary the same as a speakeasy. Up to six plants are allowed on private property. Pot can even be delivered via app, Postmates-style. But beneath the polished counters housing plethoras of indicas, sativas, and hybrids, behind the refrigerators of magic brownies and honey-colored concentrates, within the budtender’s bleary eyes, are the sobering realities of legalization: taxation, division, and regulation. In other words, it’s gonna get worse before it gets better.

Sara Payan isn’t a student, but she does like to smoke. For Payan, a previously occasional user, appreciation for cannabis came with the discovery of her Stage III colon cancer. Taking a toke was not to cope with procrastinating a paper or to get through a three-hour lecture, but to mitigate symptoms while she went through chemotherapy for a “tumor the size of a lemon.”

“I used cannabis throughout my treatment,” Payan says. “I was able to use my anti-nausea drugs the first day of chemo and then the last two I switched purely to cannabis. That’s what would get me eating.”

Spoiler: Payan made a full recovery and decided to jump into the cannabis world with both feet, leaving a profession in the nonprofit sector. Among her many titles, including chair of the San Francisco State Cannabis Legalization Task Force, she is the first Public Education Officer for the Castro district-based dispensary, The Apothecarium. She was a patient here during her cancer treatment. To “pay it forward” to those who helped her, she hosts an educational class every Thursday at their store from five to seven p.m., ranging in topics from Cannabis Terpenes, Cannabis and Cancer, and Non-Euphorics. This week it is Cannabis 101, for beginners.

“It’s been an interesting challenge to create a container for learning that not only helps people who don’t know anything about cannabis, but can also inform people who have a base knowledge,” she muses.

But her passion is “holding space for the seriously ill,” and continuing to provide them with life-saving medicine amidst the ongoing regulation changes.

“It’s been a really hard time for people with products in the industry, with all the permitting, all the testing, and all the new regulations,” she says. “We’ve lost a lot of really great vendors who have been with us since the beginning. Until pricing normalizes, that’s gonna be across the board.”

Before this year, a medical cannabis “recommendation” in San Francisco cost roughly sixty dollars for the printed form and the unflattering, webcam-photo ID card. The doctor was a real doctor–though most people probably don’t get to FaceTime their doctor about their chronic “anxiety” or “insomnia” and get told to eat some edibles before bed.

January 2018 marked the first time adults could walk into a dispensary just as they would a bar, flashing an ID or passport instead of loitering in the front room waiting to be verified as a patient. And walk in they did. The California Department of Tax and Fee Administration (CDTFA) reported in May that in the first four months of 2018, California had made just under sixty-one million dollars in tax revenue from cannabis sales.

These taxes come out of the pockets of all kinds of people, but for some, their pockets are simply not deep enough. Thousands of people are growing cannabis, baking it into brownies, extracting concentrates for dabs, and even making it into lube. Even more thousands are using one or more of those products. The problem is on paper: the state and county stinginess with permitting businesses to essentially keep doing what they may have been doing for decades but with higher taxes, stricter lab-testing guidelines, and egregiously wasteful “childproof” packaging.

For Payan, the most dire consequence of Prop 64 is the liquidation of “compassion programs,” essentially free donations of flowers, joints, oils, and edibles from cannabis companies for the terminally ill that Payan insists may only have “twenty dollars of disposable income” to stretch after medical bills.

“I had a patient who came in to to visit us on 4/20 a few years ago, it was her first time coming to see me,” Payan says. “She was bent over from the pain, she had endometrial cancer that she couldn’t do chemo because it would affect her heart too greatly. We worked with an eighteen to one CBD (cannabidiol) to THC (tetrahydrocannabinol) oil, and two weeks later she was walking upright, she was doing really well. She lost access to her oil in January. She died last month.”

The cannabis delivery service, Eaze, released its Insights State Of Cannabis Report for 2017 this January, detailing the purchasing patterns and demographics of the 350,000 customers they served last year. In 2017, before Proposition 64 went into effect, an order for delivery was made an average of every ten seconds. The report also indicated that baby boomers were the highest growing demographic of cannabis consumers, while millennials and generation Z-ers had actually dropped their usage by a percentage point.

The Cohong is a cannabis micro-business based in East Oakland, California that does it all: cultivation of flowers, packaging products, extraction of cannabis oils, distribution to dispensaries, and now direct delivery. They lucked out; most businesses must be stratified. Growers can no longer bring weed into the back of the club in turkey bags, clubs can no longer package goods onsite. Every step is separated, with separate fees.

The Cohong warehouse, once a go-to rave spot, was a prime space in the Bay Area—zoned to operate like the mom-n-pop growers of yesteryear. The flower nursery is next to the nitrogen-sealing packaging machine, next to the distributor’s order desk, next to the CO2 extractor. In essence, this is the dankest laboratory ever.

Their founder, Scott (he asked that his last name be withheld), was a comfortable lawyer before entering the cannabis world. With simply-framed glasses, a lean build, and a demure energy, he’s probably the last guy imaginable who would have three vape pens in his pocket. East Oakland is a place he says has been disproportionately impacted by the “war on drugs.” He sees equity programs are a way to help give at-risk communities access to the newfound riches via employment and mentorship.

“Many people sell cannabis to make ends meet,” Scott says. “We focus hard on talent in the neighborhood—half our workforce is from East Oakland. We try to make sure the equity program in Oakland is successful to show other cities.”

Named in homage of an old Chinese trading port, The Cohong is an access point for established brands as well as an incubator for the up-and-coming. Locals get opportunities they might have never otherwise imagined, with hands-on training for elusive cannabis growing techniques and technology, as well as Scott’s free legal advice.

Scott’s wife, Gloria, is The Cohong’s self-described director of “MSH (making shit happen).” Her cannabis brand, Ms Gloria’s, is “working women’s weed,” seeking to destigmatize women using cannabis. In her eyes, it is not the young people who suffer from cannabis stigma, but mothers and women in their forties like her.

“My goal is to bring cannabis to women, especially women my age,” she explains. “Women are under so much stress to be it all. This is a salute, in my eyes.”

The Cohong is equity-driven, but they believe good weed isn’t cheap and cheap weed isn’t good. Not everyone might consider their brands and products affordable or accessible, with an eighth of an ounce of weed costing around seventy dollars and extract prices hovering from sixty to over a hundred dollars a gram. Scott knows “shit’s expensive,” and many people resort to the unregulated, untested black market for financial reasons.

“The taxes are too high,” he says. “I’m frustrated with the constant changes to packaging, but everyone’s got to roll with it. There’s a lot of unlicensed businesses that don’t charge tax, but I feel bad for them. They built the industry.”

If this is the future, where can college students who can’t even feed themselves or find stable housing look to for their medical needs, or even their emotional ones?

SF State is a California State University, meaning that it defers to the federal policy for possession and use of cannabis on campus. That policy being: Get it out of here! This doesn’t mean that Attorney General Jeff Sessions is waiting to break down the doors of dorm rooms or lurking atop the Cesar Chavez Center to catch students in the act. Still, students can be ejected from student housing, lose financial aid, and face expulsion even if they are medical marijuana card holders.

However, in the university police daily crime log, not a single one of the thirty-plus entries dating back to July 2018 mention cannabis. Theft and burglary are far more prevalent. In fact, an executive directive from SF State president Leslie Wong to enact the smoke-free campus policy doesn’t even mention cannabis or marijuana.

The SF State Wellness Center’s online portal describes marijuana as a substance that can lead to “financial problems, arguments with family & friends, and unwanted or unprotected sex” amongst other claims. The campus-based BREATHE (Be Responsible, Educated, and Aware about Tobacco, Hookah, and E-cigarettes) campaign was implemented to help give students resources and support to quit smoking, but their treatment options are nicotine-centric, offering little more for cannabis users than the number for a drug and alcohol counselor.

Cody Wright, an SF State alumnus, grew up amongst the hippies of Santa Rosa, where his own mother told him she would rather see him smoking pot than drinking underage. His cannabis industry were his neighbors, his own family members, and the local dealer who always had a new BMW. While at SF State studying journalism, he covered people in the pre-recreational cannabis industry, people who have suffered under new regulations.

“I definitely think weed is being gentrified,” Wright says. “The people I wrote about have all literally gone out of business. The profit margin disappeared or they went to jail.”

He admits he had only recently started shopping at dispensaries, and was mollified by the variety. While all the shiny new doodads and innovations boost the business, something has definitely been lost.

“Well shit, it went mainstream,” Wright said. “Like any counterculture that gets sterilized, it’s sad. It’s not ours anymore.”