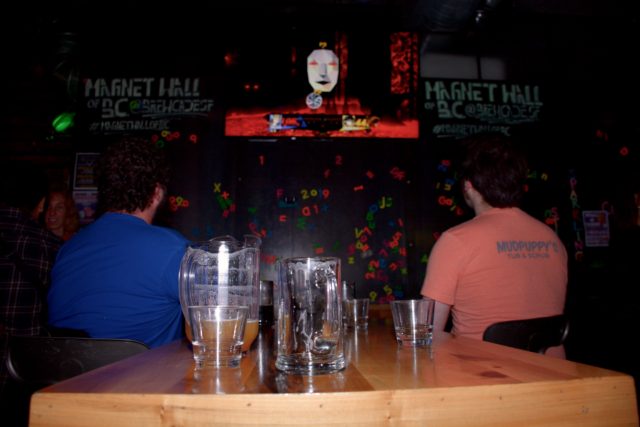 Video games as forms of entertainment are believed to be tailored more toward white males.

“There are too many games studios with reputations for being for white men, by white men,” said Nicole Hunter, a black games writer who runs BlackGirlGaming.com, a website critiquing video games and the industry at large.

Video games and their characters appeal more to white males because the people who develop the games tend to be, well, white males. In 2017, nearly seventy percent of game developers identified as caucasian, according to the International Game Developers Association, which conducts the survey every year. One percent identified as African-American.

To be fair, things have improved since 2014, when the same survey found that eighty percent of developers were white. So, there has been a slight rise in the ethnic makeup of developers in the industry.

Childs once pitched a game that was based on eliminating stereotypes about inner city black youth.

“I pitched the game on my own dime to multiple studios to only be told that there is no market for this game, or that my game was racist,” he said. “It was depressing. I knew video games were my calling, but I couldn’t make headway at all.”

Chaz Simmons II is a black game tester who has worked in the video game industry for almost a decade.

“I have noticed an increased number of people of color at my job over the years,” he said. “But, I can still count the number of African Americans on two hands.”

“Before, my race wasn’t visible, so there wasn’t a lot of malicious racism directed my way,” Nicole Hunter said.  “Now, I quite literally got a piece of hate mail calling me a “dumb black bitch” from someone who found my site. Diversity fights stagnation. Having a diverse workforce in the games industry would get new ideas to the table. New stories, new portrayals of characters, and it’d also help the industry stay out of trouble.”

In May of this year, developer Quantic Dream released the game Detroit: Become Human for the Playstation 4. Detroit is a game about a society in which androids exist for the sole purpose of servitude toward their human owners. No android has freedom from human oppression, and they are treated as slaves. The problem is that the game is influenced by the civil rights era and the Black Lives Matter movement without actually paying homage to those important movements.

The two lead writers of the game are both white males. One of them, David Cage, has previously faced criticism for some tone-deaf writing on his previous titles. In various interviews about the game, Cage has insisted that the game isn’t about politics or civil rights but it is just about androids trying to free themselves.

He made these statements in interviews to websites like Polygon and Kotaku. The writing surrounding this conflict in the game and the promotion of this story may have had a different outcome if it was written or overseen by an African American who was more knowledgeable about the topics of slavery and civil rights.

According to French website Le Monde, Quantic Dream employees had complained about less than fair treatment in the workplace. The Le Monde report stated multiple employees had complaints about a culture that varied from homophobia to sexism to racism. Cage has denied these allegations against the studio. The company also made an official statement denying the allegations via the Twitter account.

The whole controversy over Detroit might have been avoided if the development process had included more diversity.

Stories about or inspired by racial issues in these video games should be written by those who have the perspective of the racially oppressed.

“Many studios unwittingly release games with insensitive plotlines,” Hunter said. “Having a diverse set of people at the table helps mitigate the chance of these mistakes just by virtue of being there and being able to voice their concerns.”

The Assassin’s Creed franchise is an example of how diversity can change for the better in the industry. While most of the games in the Ubisoft-developed series have players portray a European male, recent entries feature protagonists who are people of color. 2017’s Assassin’s Creed Origins, which takes place in ancient Egypt, seems to understand the culture behind the characters. Just as importantly, the game portrays them in a way that isn’t pandering or stereotypical.

But diversity in the video games industry isn’t just about the ethnic makeup of the developers. Diversity is also about sexual orientation and gender.

“There aren’t many playable black women at games at all,” Hunter said. “Over the last couple of years, bigger studios have portrayed more folks of color, but largely these have been men. Women get left out.”

The event was partly organized by Facebook, a sign that large companies are starting to notice the lack of diversity in the tech world. Beginning in 2016, an annual convention called Game Devs of Color Expo as been held in Harlem, New York.

The organization has sponsors that include Xbox, Nintendo, and Unity—a San Francisco-based game engine company.

As awareness grows, developers of color are organizing, supporting each other, and working together to make video games more inclusive for everyone.