Mental Illness in The Black Community 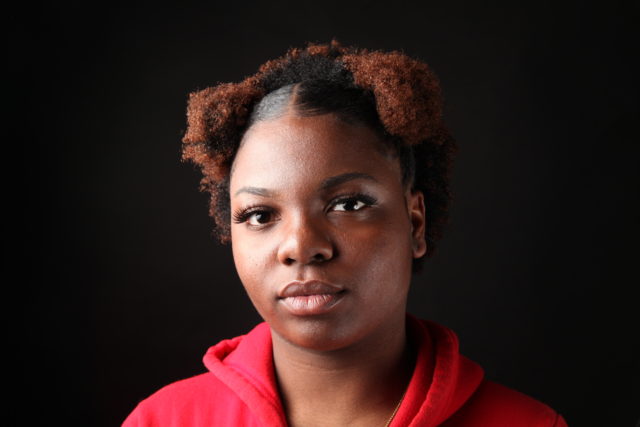 For some, the daily experience of life isn’t exactly grand. The National Institute of Mental Health estimates that roughly one-fifth of people in the United States experience some kind of mental illness annually. Add in the stress of class disparities and racial tensions and things can seem pretty bleak for people of color. According to the NIMH, black Americans in particular are about twenty percent more likely to be affected by some sort of mental illness compared to other ethnicities.

“Black people have to deal with different circumstances and situations than other ethnicities,” said Sherell Teague, a sophomore at SF State. “I know I had problems that something else was going on, it was something deeper than what everyone else was telling me.”

Difficulties with mental illness can last for years or even a lifetime, especially if the people dealing with them do not seek help, due to a lack of education or resources. Mental illness can vary from person to person and there are different types. It isn’t just depression or anxiety. It can range from obsessive-compulsive disorder to Post Traumatic Stress Disorder (PTSD) and Attention Deficit Hyperactivity Disorder (ADHD). Then factor in issues that disproportionately affect the black community.

“To be racially profiled is a traumatic experience,” said Dr. Annette Taylor, a private family and marriage therapist based in Pacifica, California. “To have your brother shot and killed by another member of your family on your doorstep is a traumatic experience. These types of experiences can lead to PTSD and depression. Blacks often have fewer resources to live in a safer community than many white individuals, and Black parents can struggle with depression over the inability to provide a safe environment for their children.”

Khalima Bolden is a black clinical psychologist and Assistant Director of Clinical Training at the University of California, Davis Medical Center.

“The stress of systemic racism and daily microaggressions have been shown to significantly impact the psychological well-being of African Americans,” she said. “Particularly, in the current political and social climate in America, African Americans have reported higher levels of stress, depression, and anxiety in recent studies.”

Mental health issues are certainly not new, but general awareness still a has a long way to go— the naked eye can often see someone’s physical ailments, but you can’t see what’s going on in the brain.

“I feel like the way we are treated as black people also plays a lot into mental health issues,” said Jaala Casey, a sophomore at SF State. “How they downplay us as a race, plays a part in our mental health.” Casey said she does not have mental health issues but some of her family members do struggle with this. As far as treatment for mental health goes, it is also a different experience for those who are black.

“It is different because, with black people, I think we have the tendency to just say I can do it on my own,” said Sakeenah Adams, a junior at SF State. She added that she doesn’t have the time or the resources to seek help. “I feel like if we had the luxury to go to a therapist, we would probably go. If I could go to a therapist, I would, because I’m stressed.”

“A lot of older black people don’t believe in mental health or therapy,” Teague said. “‘What happens in this house stays in this house.’ It stems from a long line of denial and it has hindered black people, we don’t get the help that we need because it’s frowned upon in the black community.” Teague said she went to seek out therapy for herself, she was discouraged by a family member who said she didn’t need it.

Another underlying issue with African Americans and the medical community, in general, is that there have been times when doctors would intentionally misdiagnose or mistreat their African American patients due to their racial bias.

That distrust dates back to events such as the Tuskegee Experiment. Starting in 1932, researches conducted an experimental syphilis study in which they infected black men with the disease. The men were never informed, and never offered proper treatment once it became available. The experiment lasted until 1972, when it was shut down by whistleblowers and a class action lawsuit. Looking at cases like this, it isn’t shocking that many black Americans are concerned about going to a doctor, for physical or mental reasons.

Something to take into consideration when talking about the treatment of mental health in the black community is religion or spirituality. Nearly eighty percent of black Americans are christian, according to the Pew Research Center. It is not uncommon to see black Americans looking to their faith as a way to treat mental health issues.

“Prayer, historically, has been a strength in the black community,” said Dr. Taylor via email.

As Dr. Bolden and Dr. Taylor said, mental illness in the black community can stem from issues that are more specific to that demographic. Systematic oppression and the environment many black Americans live in can cause a major negative impact on their mental health. Confronting the stigma surrounding mental health in the black community requires cultural fluency from medical professionals. Mental illnesses may not have a simple fix, but the first step is getting treatment from health professionals who understand the nuances of the black experience.