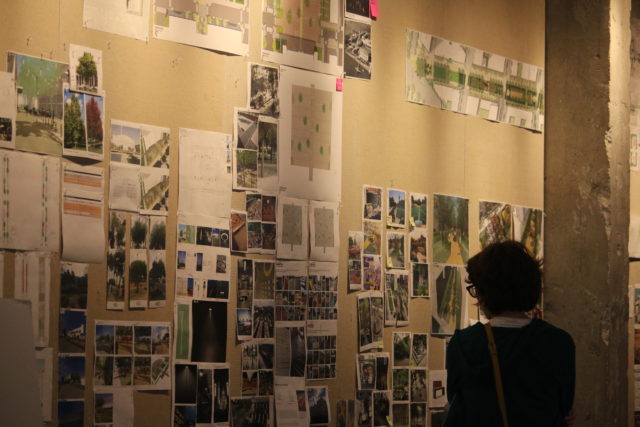 Picture this: You’re in a plane, coming back to San Francisco from a long trip. The plane lands at SFO and creates a huge tidal wave splash, equivalent to ten water log rides. As dramatic and absurd as this scenario sounds, unfortunately this is now a possibility in our near future. Scientists have predicted that SFO, along with many homes in the Bay Area, are at high risk to be flooded with seawater by the year 2100.

This future underwater experience comes not only from rising sea levels, but also that the land surrounding SFO is also sinking. This nauseating combination is called land subsidence: When droughted areas, like the Bay Area—and California in general—overuse surrounding water resources and pump water from the ground to make up for the water shortage.

The city of San Francisco, about ten miles north of SFO, is sinking at a rate of two millimeters each year. Whereas SFO and Treasure Island—built on landfill in the early 1930’s—sink at five times that rate, putting them at ten millimeters a year.

Naturally, land subsidence can largely be blamed on climate change and, evidently, the lack of action in place to prevent it. Despite the immense amount of evidence of global warming and its cumulative dangers, masses of people—including the Trump Administration—have made the terrifying truth out to be a hoax. This ploy has enabled the administration to decrease funding for environmental protection agencies and instead increase the ability of corporations to emit more methane to into our air.

Dr. Alan Rice, a lecturer at San Francisco State University, said that the melting ice sheets are a result of carbon emissions, and in turn are impacting our sea levels.

“Hypothetically, if all our ice caps in the Arctic melt, there would instantly be a twenty foot sea level rise globally,” Rice said. He further explained the effects of the ice melting. “Bacteria can form on the ice, like red algae . . . red algae absorbs even more sunlight and then act like a feedback mechanism, which then brings more positive feedback. This positive feedback will then start melting the ice, which also transitions this positive feedback into the oceans, causing it to become warmer, and then again melting more ice.”

To clarify, positive feedback in this case is not positive in the sense that the situation is looking good, but that there is a higher than normal energy or heat level.

“Ice reflects sunlight and acts as a albedo (a sunlight diffuser),” said Joe Jordan, radio host for the climate change and environmental justice themed program, Planet Watch Radio. “But now that the ice is melting, the water has turned dark and is now absorbing the sunlight, and heating and melting other surrounding ice and glaciers. So what was reflecting light is now absorbing it.”

Jordan identifies the interconnection of ecosystems & animals that rely on ice and warns that the list of animals at the brink of extinction will most likely grow in the coming years.

“Polar bears will be a goner and that’s just one example, the whole dang ecosystem is gonna change dramatically,” predicted Jordan. “It will also affect where we live, because if the poles warm up so does our atmosphere and we’ll be more vulnerable to more extreme weather, that again will cause fires, droughts and hurricanes.”

The building, which not so coincidentally had a green door, was covered with maps and blueprints inside that CMG architects have been working on for the cities design. Pictures of trees and smiling people enjoying them seemed to be a pattern, but one thing in particular stood out from the rest—the design of the city’s seawall and how it may not withstand natural disasters like earthquakes.

A panelist of this event was Lisa Fisher, Sustainable City Team Lead, from the San Francisco Planning Department, who is also apart of city’s Sea Level Rise Action Plan. She explains that in order to continue to make progress in future plans she would need more people to concern themselves about climate change.

“Now, more than ever, I feel like one of the biggest challenges is to incorporate sustainability and climate change in the face everyday problems,” Fischer said. “We asked the average San Franciscan what they’re worried about, it’s not about climate change, it’s not about sustainability—they’re worried about housing, how they’re gonna get their kids to school, or if they’re gonna get evicted. What I’m trying to do in my department is figure out how to better integrate these conversations.”

Another panelist is Pamela Conrad, a Senior Associate at CMG Landscape Architecture. She is working on the redevelopment of Treasure Island and San Francisco’s seawall resiliency says she also sees the lack of investment there.

The image of San Francisco’s seawall that is three miles under the Embarcadero from Fisherman’s Wharf to AT&T Park, was depicted in a before and after a earthquake, with large print reading: “With a seventy-two percent chance that major earthquake will strike San Francisco in the next thirty years, our current seawall is likely to fail unless we take action today!”

So, cancel that Lyft ride. SF’s biggest contributors to carbon emissions is based on our form of transportation. If we all used public transportation we would all decrease our emissions by forty percent especially now since Muni has promised to be committed in using all electric buses by the year 2035.

“Just like the Parkland students, students should go around and motivate and people to care and vote,” Rice said. “We have to demand and vote on long-term solutions. The problem is that twenty-five percent of the people who can vote in this country, don’t. The culture of apathy toward global warming must change in order for us to survive.”