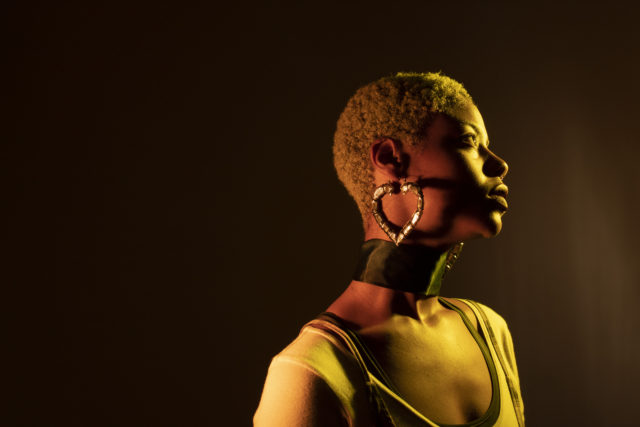 Solange Knowles made a soundtrack for being black in America, mostly recognized by her anthem “Don’t Touch My Hair”. Dance worthy, the song forces a smile upon your face and causes an inevitable movement in your feet. The hook leads into a symphony of upbeat trumpets. She sings, “They don’t understand what it means to me, where we’ve chose to go, where we’ve been to know.”

For some, hair is not just hair.

Take a moment and imagine: You’re standing in line waiting to order your morning coffee, processing the fact that you have to be awake as a functioning member of society and BOOM! Someone has fingers engulfed in your still-wet and freshly conditioned hair. The experience doesn’t end here; now comes the interrogation about why exactly your genetics caused your scalp to birth coils rather than the usual straight lace.

Aaron Hart, a twenty-two-year-old incoming SF State student, is certainly not the only person who feels offended by strangers touching his hair. The fascination over curlier hair or hair that doesn’t fall into the “norm” can be toxic.

Recognition, approachability, and kindness—or lack thereof—is not limited to Jillian’s experience. Aaron spoke passionately about his theory of why it is people with curlier or kinkier hair are treated differently: “There’s a connotation that’s around black people already. Nappy hair is like uncontrolled hair and it’s not acceptable in society, and it should be tamed. You look nicer; I think that’s how it’s perceived. In society [straight hair] gets put in a box like ‘yeah, that’s nice hair.’”

Starting from childhood, hair is a significant part of life for black people. Getting ready for church, the first day of school, wash-days, coming of age styles—these are moments in life that are often remembered and passed down.

“We’re going back to Sundays,” Justin, a sophomore at SF State, laughs, looking up as if the scene is playing before his eyes. “When my hair was growing out, I would block out half my day. Sundays would be just for me. I told my family, ‘don’t talk to me, I’m gonna be in my room all day just doing my hair.’”

“My dad used to cut it for me.” Muz, a student at SF State, shares, “Every two weeks, I’d go sit down in the bathroom, he’d cut it and that was it.”

As young boys, all Muz and Justin knew were the haircuts that came from dad. Things changed when they began to get their hair cut elsewhere.

“He never really told me,” Muz lowers his voice showing a bit of shame, “I knew it hurt him a little bit, because it was like a me and him thing. I don’t know if he was mad about the haircut or how it looked, or he was mad that somebody else cut my hair and he notices that I’m growing up.”

Justin shares a similar reflection of growing out of his dad’s barbering: “At first I didn’t realize it. I didn’t realize it until I started doing my own hair. That was one of the main reasons I wanted to go to his house . . . looking back, I never realized my last haircut with him.”

Parents serving as their child’s first beautician did not stop decades ago when Muz and Justin stopped getting their haircut. Geralina Fortier, a beautician, started her journey braiding her sister’s hair. Now she gives her daughter the full experience of having a mom who can style her hair.

“I want her to have a connection and be proud of who she is at this age… she is different when she gets her hair done, she gets really happy. I tell her to go show Nana so that she can feel good.”

Like most things, hairstyles and preferences change from childhood to adolescence to adulthood. The idea that straight hair is good hair or that taming your natural hair to be accepted is damaging to black people, especially black youth. At an age where all you want to do is fit in and be “cool”, black children face a particular discrimination that follows them well into adulthood.

With a change in her expression, Jessica adds, “if I straightened my hair, I could pass for white. Back then, I know I was doing it for that reason; not consciously, but subconsciously. I was always like, ‘I want to look like Lizzie McGuire and if I straighten my hair I’ll look like that person more and I’ll be more pretty.’”

Incredibly damaging to a growing self-esteem, the societal factors that enforce such self-doubt flows into adulthood and careers.

A change in hair can sometimes eliminate the self-doubt created through childhood experiences. Much like Isis Dorley, an Africana Studies student at SF State. Isis shared the changes she’s felt since leaving behind her big purple fro, “not only was it a symbolic change that happened, it was me finally feeling more like myself and even seeing my beauty deeper that just my hair.” Before cutting her hair, Isis experienced the weight of beauty standards influenced by hair. She sat up in her seat and explained, “when I decided to cut my hair, it meant to me freedom . . . After I cut my hair I was vulnerable to the changes I wanted to enact.”
Internal battles with sexuality have been known to cause stress to an individual due to the weight of external opinions and criticism. Justin Carson, a political science student, shared his time of transition with his hair and his sexuality. “Sophomore year of high school. That’s when I started to not want to get it cut. I just wanted to grow it out. I was dealing with my sexuality. I didn’t know what I was. I was just confused.” Looking forward, Justin expresses his current feelings, “I’m really comfortable with myself, secured with myself. I guess a lot of people felt that too.”

As contemporary media continues to shed a light on the intimate pieces of black culture, it is expected that as people we will learn and grow from our mistakes. Whether it be movies, music, or articles; we should all accept lessons and share what we’ve learned.