Through the Lens of Sustainable Fashion 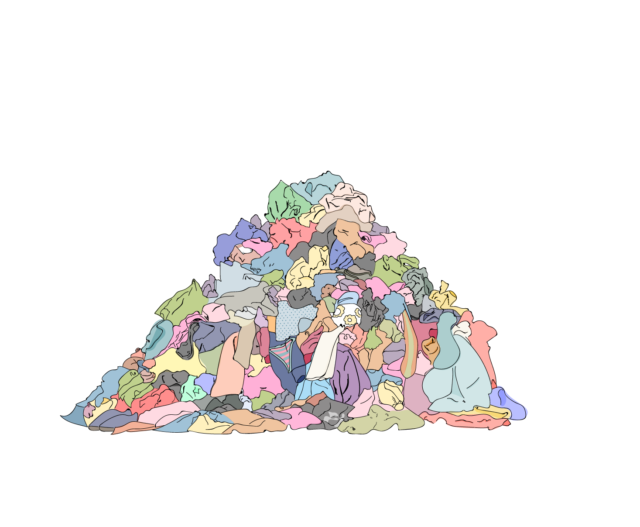 From layering patterns and mixing fabrics to combining various cultures into an outfit, fashion is both a form of art and visual expression. However, fashion also contributes to major outlets of exploitation and overproduction across the world.

Fast fashion promotes the overconsumption of manufacturing clothes by promoting seasonal trends, the usage of cheap materials and the cycle of exploitation of labor. As a result, the environment suffers from excessive and wasteful water usage and pollution.

According to the Global Fashion Agenda and The Boston Consulting Group, the industry uses 79 billion cubic meters of water per year. Many women of color on social media are breaking the boundaries of fashion by exposing the issues that have been entrenched into our society through colonialism and economic exploitation.

“We can’t disregard the fashion industry because it’s one of the biggest employers of this world and 80% of those that are employed are women,” Aditi Mayer said.

Mayer, a South Asian sustainable fashion blogger and photojournalist uses her platform to expose the labor exploitation of underrepresented communities of color. She is particularly interested in finding a balance between artistic expression and social justice.

Mayer began her journey as a blogger by creating her platform on ADIMAY.com, the summer of 2014 after learning about the collapse of a Bangladesh factory a year prior.

The 2013 Dhaka garment factory collapse in Bangladesh resulted in 1,134 people losing their lives due to a structural failure on the morning of April 24. There were apparent cracks in the building the previous day, however building owners decided to ignore the warnings and forced the garment workers to work the morning of the collapse.

When the factory’s unfair working conditions were exposed to the public, Mayer noticed the impacts on women of color and saw prevalent issues such as the exploitation of human capital and environmental setbacks within the industry.

“When I really learned about the inner workings of, you know, the fashion industry, learning more about labor, identity and the effect on the environment, that’s really where the social action part came into play that through our choices, in this sphere, we are actively affecting larger systems,” Mayer said.

For example, fashion company Forever 21 was exposed by the U.S. Department of Labor in 2012 for exploiting their garment workers in sweatshop-like conditions. As of Sept. 30, the company has filed for bankruptcy.

On Sept. 13, Mayer spoke at the Palace of Fine Arts as part of a three-day flagship event, Planet Home. that addressed our current environment status which included an abundance of panelists providing solutions on how our society eats, makes, moves and lives to protect the health of the Earth.

Mayer has been focusing on the mistreatment toward garment workers in Los Angeles. During her panel she shed light on emphasizing the importance of questioning the creation of injustice in these vulnerable workplaces.

Most of these indivudals working these excrutiating hours for dirt cheap are undocumented. The garment industry in Los Angeles is the second biggest industry which employs approximately 46,000 individuals.

“When we look at the fashion world today within our neoliberal, deregulated global economy, all of these developing countries are producing for the cheapest amount as fast as they can,” Mayer said.

Recently, thrift stores have gained popularity among millennials. Trends come and go, and then reappear and thrift stores preserve fashion trends from previous decades. They serve as a primary hub for sustainability by reusing, reducing and cycling used clothing rather than dumping it out.

From being strangers to co-founding their latest project, Thrift and Stitch, Maira Ramirez and Tommie Tagawa both share a profound interest in altering thrifted clothing.

Tagawa’s passion for thrifting runs deep from her childhood with her mother. As a young girl, Tagawa has always envisioned herself opening a thrift store of her own. On the other hand, Ramirez viewed thrifting as a pastime and eventually thought of the idea of altering thrifted items into trendy articles of clothing.

Their brand, Thrift and Stitch, was named after the practice of thrifting universal items and altering them to fit into today’s trends.

Fast fashion has detrimental effects on our environment and on the treatment of other individuals.

“We’ve been talking about reducing waste and reducing the use of resources, kind of us giving  the middle finger to fast fashion,” Ramirez said.

Although both girls have a long way to go, ultimately Tagawa and Ramirez would like to spread more awareness of shopping sustainably.

“I always like to say that I look at my closet like an art gallery. Before you invest in a piece of art. You think to yourself, ‘do I want to be looking at this for the next couple of years? Is it worth the investment?’” Mayer said.

Check out some of the impacts of fast fashion below: