If the future is female, why don’t we have more conversations about the Fertility Awareness Method? 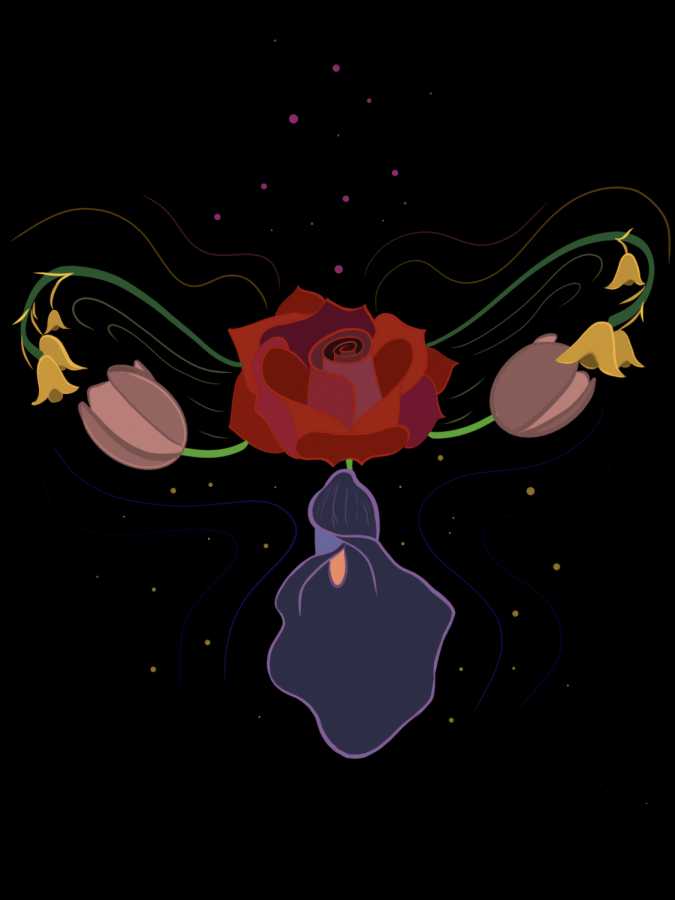 While women continue to make impactful changes in 2020, with more females getting elected into Congress and having better representation of bodily anatomy prompted by protests, many women continue to stick with the pill as their choice of hormonal birth control. If we can break the glass ceiling in Congress, why aren’t we changing the way we see birth control?

Ohlson is a 25-year-old female sexual health practitioner who uses vaginal steams, energy work and meditation to help women dive deeper into pleasure, desires or heal from sexual trauma or trauma from experiencing abortion. She encourages women to reconnect with their natural cycles, while spreading awareness of this method on Instagram.

While the Fertility Awareness Method (FAM) is hormone-free and non-invasive, Ohlson said it requires thorough education, observation of your anatomy and meticulous cycle charting.

FAM is not for the faint of heart, but rather, for someone willing to take their basal body temperature and record their cervical mucus daily. While it’s efficacy can be just as high as most other contraception, it depends entirely on the user, and their FAM practice.

According to an article published in Kindara, FAM is not being taught in medical schools and only 6% of trained medical professionals know accurate stats and information on it.

“I was not taught FAM in medical school,” Dr. Jennifer Karlin, family planning fellow at UCSF, said. “I think that there has been a lack of funding for health classes in middle and high schools. In addition, I think that the other methods make more money for pharmaceutical and medical equipment companies.”

FAM is the dark horse form of birth control in which a woman connects back to her own anatomy by tracking her menstrual cycle month by month, detailing every part of what comes along with being female, apart from hormones.

No doctor or prescription is required. All you need is a handy thermometer, maybe an app or two and some research. It requires diligence and learning to recognize the different types of cervical mucus one has throughout their cycle.

Karlin said the FDA approved an app called Natural Cycles as a method of contraception. While this particular app does cost money, Karlin notes that there are several free apps for tracking that are just as effective.

Ohlson experienced her own abortion a year and a half ago, which prompted her to move toward a more natural, but effective form of birth control.

“After experiencing an abortion, which can be super traumatizing in itself, you definitely get a lot of pressure from the people that perform the abortion to take [birth control], and it just never, it never felt right,” Ohlson said.

Ohlson had a short-lived experience on the pill in high school, but had a severely negative experience, which made her decide it wasn’t for her.

“As we enter the fourth wave of feminism, we are trying to get FAM in schools and starting off having a conversation with young teenagers, starting to release the stigma off of what cervical mucus looks like,” Ohlson said.

Ohlson prefers the double method over the single and triple method, and has been working with a practitioner of her own while she eases into the cycle of FAM.

In order to practice FAM effectively for contraception or for fertility, you must be willing to take your basal temperature every morning, along with getting to know your cervical mucus very well. Ohlson stresses that discharge and cervical mucus are often confused with one another.

“As far as avoiding pregnancy you have to determine your fertile window via all symptoms: temperature, cervical position, cervical mucus,” Ohlson said. “There’s only technically one day that you can get pregnant, but any day that you see mucus, which for some women ranges depending, but every single day you see mucus you are fertile.”

According to Hello Clue, a website and app that allows you to track your period and ovulation, discharge is a blanket term for fluid that secretes from the vagina, while cervical fluid is merely a part of discharge. Cervical fluid changes throughout a woman’s cycle to help or stop sperm moving through the cervix.

“I think it’s a very contradictory time for young women,” said Shelia Tully, medical anthropologist and Women and Gender Studies professor at San Francisco State University. “Because on the one hand, sexuality is commodified in so many different ways. And yet, at the same time, [women’s] sexuality is being regulated and disciplined. So who are you as a sexual being? It’s very unclear.”

According to a July 2019 article published by the Guttmacher Institute, a research organization committed to advancing sexual and reproductive health, users of FAM rose from 1% in 2008 to only 3% in 2014. Misinformation still circulates on its effectiveness and how to correctly practice FAM.

“The most interesting question to me is why men, particularly white men, are so preoccupied with women’s bodies and the regulation of women’s bodies,” Tully said. “There’s not a real serious attempt to teach young girls about positive sexuality, about how their bodies work, that kind of stuff.”

Tully argues that while California has surpassed several states with the Healthy Youth Act, put into effect in 2016, requiring all public schools to teach comprehensive sexual education, that is, sexual education that includes consent, non-binary gender identities, LGBTQ health, etc., young women still are rarely taught about their natural cycles, and are instead encouraged to take birth control at young ages while not helping young women understand their period.

While use has increased, it is still rare to be taught FAM at young ages when girls actually begin menstruating.

“In my experience, people have vague understanding of their cycles,” Karlin said. “I work a lot with teens and I work with them to understand their cycles and their bodies. I think FAM is helpful for getting to know and understand one’s body and that can be an empowering experience.”