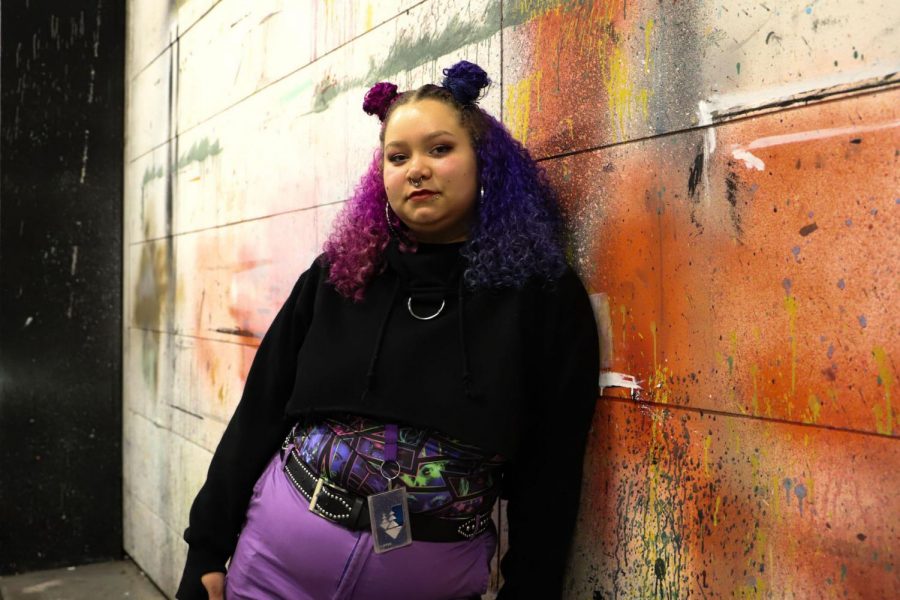 Style. It’s the thing that you recognize when you see it and when you don’t.

An average virtual stroll on social media platforms today is filled with the styles of other people — whether they’re famous, not so famous or wannabe famous. This awards season the red carpets  have become stages for people like singer-songwriter Billie Eilish to wear new iterations of her signature baggy designer streetwear sensibility. Actor Billy Porter pushes and utterly dismantles the fashion envelope with his gender binary defying “lewks,” while rapper Lil Nas X redefines what it means to be a black man in hip-hop by wearing what he wants to wear, no matter how flamboyant or how pink. In doing so, these three extraordinary human beings are using style to accomplish what it should be used for: to reflect who you are on the inside.

This is how style can become more than just the clothes we wear out of necessity — to not be naked, to stay warm and to feel comfortable. Discovering one’s style is a way to tap into a well of endless confidence, creativity and self-expression. Should such thought be put into something as seemingly mundane as clothes? Are those who consciously use style with great precision to highlight their inner selves different than those who wear clothes just to wear clothes?

Well, this all depends on who you ask.

To Cintra Wilson, who literally wrote a book about style titled “Fear and Clothing,” which details her national exploration of America’s style and its power in people’s everyday lives. The answer is an obvious yes. Style does matter.

“I can tell how much sex someone has, how wealthy they grew up, how much sex they’re not having and even how they treat other people all based on their style,” Wilson said. “Fashion is about stretching your personality. It can be through a pair of boots that someone can become that person with confidence for that job interview to feel like somebody. It’s a way to fake it until you make it.”

Beth Alyse Synder, founder of Guerilla Makeovers, an image consulting business in San Francisco that specializes in makeovers and personal shopping, agrees. Style does matter — even if you think it doesn’t.

“It doesn’t matter if you’re just rolling out of bed in a hoodie and a beanie, you’re still saying something,” Synder said. “Fashion at its core is a tool. A tool that can be used to bring someone’s personality and voice to the outside. It’s using the internal through the external.”

However, sometimes we can be bombarded with so many fabulous fashionistas, gag worthy runway couture opulence and jealousy-inducing shoes that it can be easy to forget that there are still people who don’t care about any of it. And there are also those who do care, but are hesitant to embrace any of it as inspiration for their own style.

“So many people are hung up about it or are intimidated by it,” Synder said. “ It’s not about if you’re doing it right, but if it feels right.”

One of the reasons why someone might have an aversion toward style and fashion is because they think looking “fashionable” means having to look like the seemingly homogeneous models in the fashion world. Skinny and white, tan and buff, lean but not too lean. How is someone supposed to discover their style through fashion if they don’t view themselves worthy enough to wear the clothes society at large deems as worth wearing?

“I’ve worked with thousands of people and each one has an individual story with style that defines them as a unique individual,” Sydner said. “There is no one size fit for all in style. Not realizing this is what causes a disconnect to style.”

Size is another component in style that contributes to this disconnect. It’s in this process that such a disconnect to style can foster and grow in a person’s life until it eventually rules how they view themselves and how they think the world views them, if at all.

Arguably the place to go in the Bay Area to see the total amalgamation of gross commercialism and idealized beauty standards is San Francisco’s Union Square.

“People are starting to stop striving to look like those models,” Synder said, pointing toward the the huge images of two thin models in the windows of one of many designer clothing stores at Union Square.

“People look at girls like that and think they don’t deserve to own their bodies like they do and wear whatever they wanna wear with confidence. That’s why I’m so glad that body positivity is so popular right now.”

Despite the current state of fashion’s apparent progressive sentiment toward inclusivity of different body sizes, representation still might not be enough to convince someone that they’re worthy of having a style that’s all theirs. This is where stylists come in.

“Women are so fucking ahead with their bodies. I’ve made women cry by pointing out the parts of their bodies that make them who they are that no one else had acknowledged as parts of themselves … Everyone has their own innate style, it’s a matter of purifying it,” Wilson said.  “All people have a [dress] code, but no one’s given permission to dress as they like. That’s why some people need an outside eye to grant them that permission. You as an individual are biased toward your style that to see it actualized, you need another person to nurture it with you.”

No matter someone’s size, age, gender, sexual orientation, income, education, race or ability, and no matter what anyone says about them, their style is what they make it. It’s in the forsaking of  striving to inhabit whatever style at the moment in society reflects the most trendy, most desirable and most must-have materialism that an individual’s style can truly flourish and become all their own.

“Fashion is who you are. The more you dress according to who you are, the more stylish you become. Know yourself, show yourself,” Wilson said, debunking centuries of unattainable, self-programming indoctrination done by the world, its societies and ourselves.