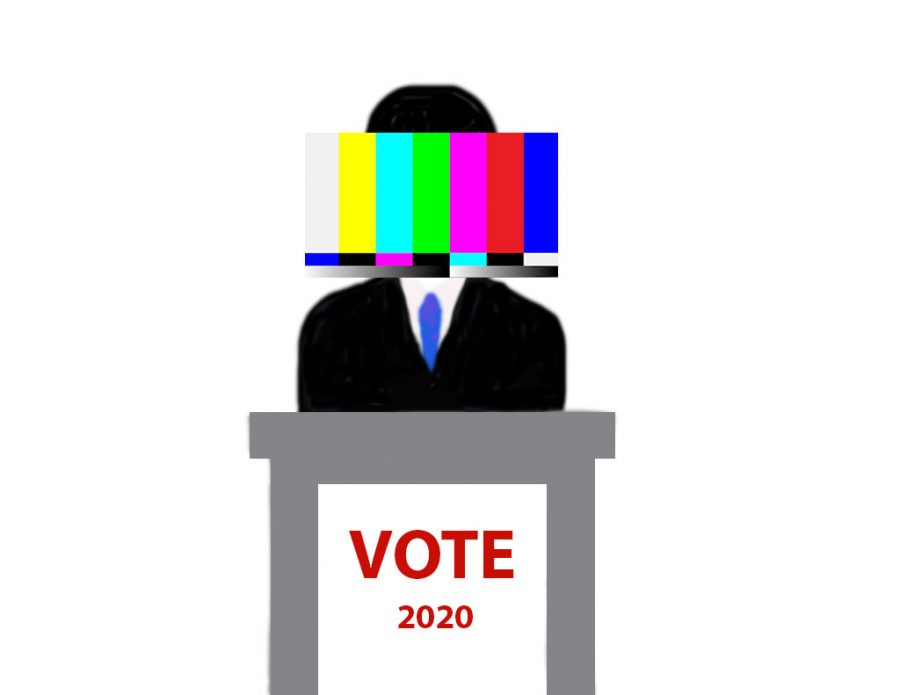 Story and Illustration by Andrea Williams

It is election season — again. Back to the constant chatter of campaigns, candidates and fundraising. Back to exciting campaign rallies and hope for the future. But also back to being force-fed political ads and our news feeds being incessantly flooded with media coverage of candidates attacking each other and President Donald Trump attacking people on Twitter.

For some, election season is an important and exciting time that they gladly stay updated on. But that isn’t true for everyone. There are also people who feel discouraged and disconnected from the 2020 election and politics in general.

Amber Hilton is a young San Francisco transplant from Washington, who like many other young people today, no longer identifies with her government.

“I feel alienated, almost as if it doesn’t matter,” Hilton said.

In the previous election she was very active and felt lost after. She explains how she was too wrapped up in the constant negative news that she had to take a step back.

“It’s hard to feel passionate about it when I feel like there’s no point because I don’t see myself represented,” Hilton said.

Sara Allen volunteered heavily with the Bernie Sanders campaign in the 2016 presidential election. After being so involved with the campaigning process, similar to Hilton, Allen now finds herself  “disenchanted” with the scene and at odds with herself, feeling like she should be paying more attention.

She finds herself unable to watch the primary debates because of their showy and combative energy, but pays close attention to the results and outcomes. Instead of focusing on the current presidential campaigns, she tries to stay involved in local politics.

Allen is in many ways burnt-out and frustrated with the current political climate but she believes that being active in local politics is just as important as the presidential election, if not even more so.

“Politics is all about power,” Allen said. “It is important to remember that politics extends far beyond just who is president.”

Hilton and Allen are not alone in tuning out the current presidential campaigns. Some people say they don’t actively follow the news but hear about it enough from second-hand sources, others say they don’t follow politics or the elections because of the constant negativity and maddening corruption scandals.

Some people are convinced a two-party system doesn’t work and others are just trying to figure out what the hell the Iowa caucus is. And then we all know at least one person in our lives who stays updated on political news like it’s their job, or watches the same MSNBC or FOX News shows every night.

San Francisco State University political science professor Al Schendan says that the 24-hour, often negative, news cycle and confusion and frustration over our election system might be the reason why so many people are tuning out the elections.

Schendan explains that negativity around the elections is an outcome of negative news coverage, which isn’t a new thing. Schendan said the Pentagon Papers, Watergate scandal, explosion of cable TV and the elimination of the Fairness Doctrine — which required broadcast networks to show issues of public importance in a fair and balanced light — all played a hand in the political media beast we know today.

News coverage aside, confusion and frustration over things like the electoral college is very real, especially after the last election. Some people feel as though their votes don’t actually count.

Today, the Republican and Democratic Parties choose their electors and each state has different rules regarding how they are chosen.

Each state gets a set amount of electoral votes determined by the number of elected officials the state has in the House and Senate. California has the highest number of all the states with 55 electoral votes. Some states require the electors to vote in line with the state’s popular vote but others don’t as there is no constitutional law. The popular vote held in each state for the election is done merely to “help” choose the president. Whoever wins the electoral college, wins the presidency.

Schendan explained that U.S. didn’t have a popular vote in every state until after the Civil War, before then the electoral college were the only voters.

“The electoral college is a mechanism the founders used to insulate the election from the people,” Schendan said.

A president has lost the popular vote but won the election only five times. Three of those times occurred in the 1800s, but the two most recent times were George W. Bush in 2000 and President Trump in 2016.