Many students ineligible for coronavirus stimulus 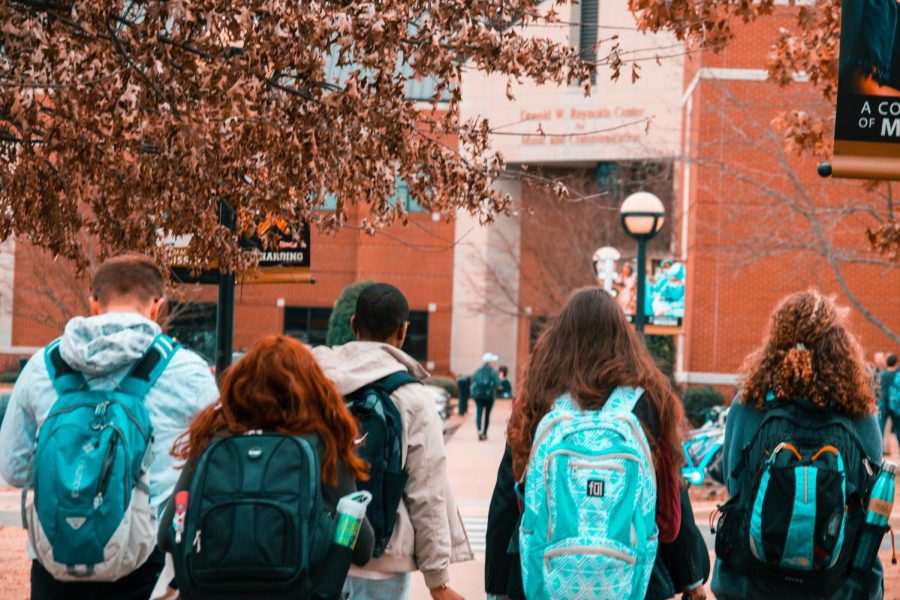 Story and graphic by Wilson Gomez

After weeks of debate, Congress passed the Coronavirus Aid, Relief and Economic Security Act, a $2 trillion stimulus package bill to help the economy in the wake of the coronavirus. The bill, which was signed into law last Friday by President Trump, includes a one time $1,200 check to all American citizens and residents with an adjusted gross income of less than $75,000 last year. According to the IRS, adjusted gross income is how much you made minus any “adjustments” such as student loan interest. For married couples filing jointly, the limit is $150,000 and they are eligible to receive $2,400. An additional $500 will be given for every child under the age of 17 that qualifies for the child tax credit when filing for taxes. However, no additional money will be given for any other dependents claimed in your tax filing. Non-residents are not eligible for the stimulus check.

The amount of money people receive drops $5 for every hundred dollars earned above that $75,000 mark for individuals or $150,000 for every couple. People who made more than $99,000 or couples who filed jointly and made more than $174,000 will not receive any assistance. The Washington Post has a calculator to help you find out how much you will receive. 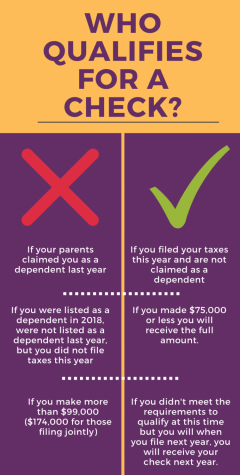 Am I eligible to receive a check?

“Many students don’t file tax returns and they don’t have jobs. Their parents are supporting them. They’re not going to get checks, and if they’re homeless, they’re not going to get checks … ,” SF State economics professor Dan Vencill said. If your parents filed taxes this year and claimed you as a dependent, then you are not eligible for the stimulus check. If you were not claimed as a dependent this year but you were last year and did not file your taxes this year, you will receive your check next year when you file taxes for the current year.

Only people who were not claimed as a dependent will receive checks. Individuals who made enough last year to not qualify but have lost their jobs or will make less than the cutoff amount this year, will receive their check as a tax credit when they file next year.

For those who have not filed their taxes yet, the deadline for filing has been extended until July 15, 2020. The IRS also has a list of free tax filing websites to help you depending on your situation.

Will I have to pay this money back?

No. Additionally, the relief check is not classified as taxable income and as such, you will not have to pay taxes on the amount of money you receive even if you end up making more than the cutoff amount, you will not be penalized for receiving assistance. This money will also not decrease the amount of money you will receive as part of your tax refund next year. In short, there are no negative consequences for taking the money.

How and when will I receive my check?

As of this writing there is no set date for when the checks will be disbursed, however, on Sunday, Treasury Secretary Steve Mnuchin said on CBS’s Face the Nation that the IRS will begin sending out checks within three weeks. This, however, does not mean that everybody will be receiving their checks in three weeks, only that the first round of checks will be sent out. There is no time table for how long it will take for everyone to receive their money. Mnuchin has also stated that the Trump administration is working on creating an online portal where people who do not already receive their tax returns through direct deposit can sign up to do so for this check in order to cut down on the wait time. “It’s a logistic problem. The devil is always in the details and there are a lot of details and a lot of devils around in this bailout package,” Vencill said.

In addition to an emergency check, the bill also contains a provision to freeze payments and interest on student loans. In the lead-up to the bill’s passage, House Democrats had included a provision to lower the amount of everyone’s federal loans by $10,000. This provision however, did not make it into the final bill which only includes a temporary freeze on federal student loan interest rates, meaning that the amount you owe will not increase until September 2020. This only applies to federal loans, however, private loan relief was not included in the bill. “They’re suspending all of those collection efforts,” Vencill explained. “So that’s the thing to remember. 17% of [student loans] are non-federal. So something like 83% are federal guarantees with student loans. So the moratorium on interest and collections only applies to the 80% of the loans.”

According to the bill, the freeze will last until September, however, Vencill doesn’t believe that it’ll help much.

“We’re not gonna recover from this by September 20th. You can go to the bank on that. So this is kind of a token gesture by the federal government,” Vencill said. “It’s not a stimulus, it’s sort of a rescue package, but as a rescue package, it’s woefully inadequate.”