News Updates: Some stories you may have missed while in the midst of a global pandemic 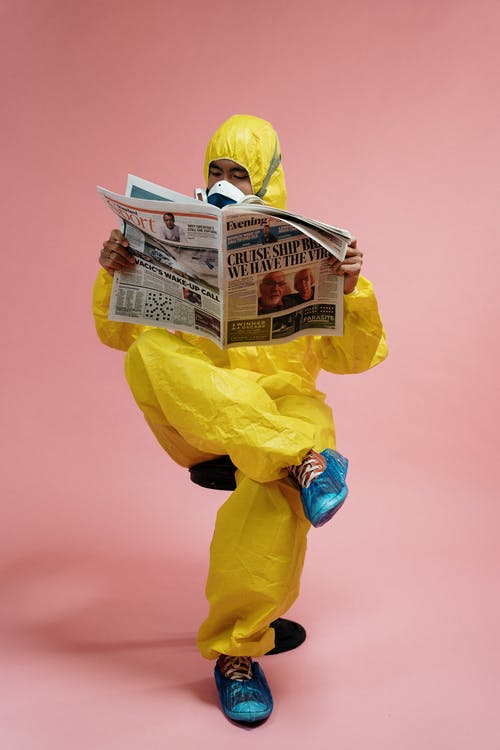 Although it may feel like the world has stopped and COVID-19 is the only thing on anyone’s mind, the world still keeps on turning. “Normal” life is drastically changing as people are urged to stay at home and not go to work. Reading the news has almost become synonymous with checking COVID-19 case statistics, graphs and daily press conference updates.

Although it is easy to get overwhelmed, it is important that we try to stay calm, informed and supportive of each other during these times. Believe it or not, there are things happening in the world outside of coronavirus coverage. Here are five stories from the Bay Area to Hungary that may have gotten lost in the shuffle.

1. After Losing Their Jobs, Many Flock to OnlyFans to Pay Their Rent
In March, over 10 million people filed for unemployment — 6.6 million of them in the same week, according to the Washington Post. As the economy freezes and only essential businesses are allowed to remain in operation, many Americans are struggling with how they are going to pay their bills when they can’t work. And that’s where OnlyFans comes in.

OnlyFans is an app that allows users to create a profile and post exclusive content, which other users must pay a fee to see.

During the month of March, 3.5 million people signed up for OnlyFans, including many California residents who just lost their jobs. Read this San Francisco Chronicle article  to learn more about how Bay Area locals are monetizing themselves online to make ends meet.

Gov. Gavin Newsom said Stanford will soon make an immunity test for COVID-19 widely available in California. By taking a blood sample and testing the blood for antibodies specific to the virus, they can tell if an individual was previously infected with the virus. The hope is that those with the antibodies, prove to be immune to the virus.

The hope is that those with immunity can return to work sooner. This is the first large-scale testing effort to take place in California. Learn more about immunity testing in these articles from Mercury News  and The Sacramento Bee.

3.“Tiger King” Cold Case Reopened
After Netflix dropped “Tiger King” only a few weeks ago, the internet exploded with memes and fans. The show is a jaw-dropping and crazy ride through the American subculture of owning, buying and making money off of exotic animals. The episodes are riddled with stories and characters too bizarre to make up.

According to articles from The New York Times  and Time Magazine, Florida Sheriff Chad Chronister is now looking for new leads on the disappearance of Don Lewis in 1997. The show discussed the cold case frequently and put forward zoo owner Joe Exotic’s suspicions and accusations that Lewis’ then wife and owner of Big Cat Rescue, Carole Baskin, killed him. Exotic is currently in jail for hiring someone to kill Baskin after she won a lawsuit against him. Again, you can’t make this stuff up.

4. Last Ebola Patient is Released After 19 Month Outbreak
The last patient receiving Ebola treatment in the Democratic Republic of Congo was released in early March, sparking hope that this could be the end of the second-worst Ebola outbreak in history. Hospital workers celebrated outside with singing and dancing as the patient was discharged.

Although there is still danger for future outbreaks and the looming threat of coronavirus, it is important to celebrate the good news we hear.

Click here to watch a video from Aljazeera about the last Ebola patient..

5. Hungary Prime Minister Gets Controversial, Indefinite Powers
In the name of fighting COVID-19, Hungary passed a law granting Nationalist Prime Minister Viktor Orbán indefinite emergency powers, which include power to override parliament and the power to rule by decree.

Although Orban claims these powers will help Hungary fight the threat of COVID-19, opposition leaders and doctors fear other motives. Since receiving the new powers, his government has done little to help the nation prepare for the pandemic. Hungary has proportionally one of the lowest testing rates by population in the EU and a weak health care system, but Orbán’s government has found the time in recent days to limit freedom of the press and reverse plans for state recognition of gender transition, among other non-coronavirus related issues.

Learn more about the state of democracy in Hungary in these New York Times  and NPR articles.