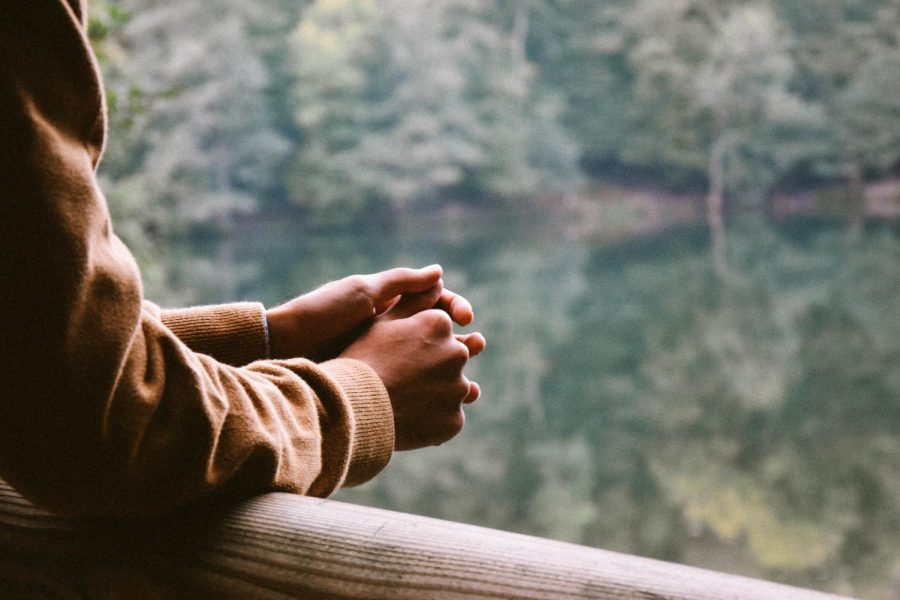 I was struck by an eating disorder at a young age without fully being aware. Being a ballet dancer for several years of my childhood, the way your body formed certain lines when you moved was all but secondary. This fate was also brought on by genetics, with family members suffering from the same disorder.

Once I got older, and the stresses of young-adulthood landed me flat on my face, it was then that my disorder began to swell into something so out of control; ironically, in an effort to become in control. Counting calories in a food journal, compulsively exercising, trying new diet trends and caloric restriction were just a few of the tactics I would attempt in dealing with my disorder.

As soon as I was told by a doctor that I had been dealing with this for several years at 24, it was then that I began my quest for recovery, unfortunately, something that must be a life-long journey and requires constant inventory checks. I have been in recovery for about three years now.

But right now, it’s safe to say everyone is feeling the strain under the government-mandated stay-at-home order. The lack of socializing, doing outdoor activities freely without worry and the record-high unemployment rates are just a few things that are sending people into exacerbated levels of stress and panic. Pairing that with body negative thoughts or an eating disorder can cause one to spiral.

“We’re in a culture of display. We’re a disordered eating culture,” said Marlena Tanner,  a certified eating disorder dietitian who has a practice in San Luis Obispo. “So even if you don’t have a diagnosable eating disorder, so many people are fixated and obsessed with health and fitness.”

COVID-19 can be triggering for anyone without a mental health diagnosis, a staggering 36% of Americans reported that the pandemic is negatively affecting their mental health, in a study published by the American Psychiatric Association.

In another article published by Psychology Today, fear of infection during a pandemic can trigger over-restricting eating, over-eating in people with eating disorders or bad body image. This paves the way for a high probability of those in recovery to relapse into their own behaviors during a time that is entirely out of control.

Luckily, people like Tanner are offering their advice happily to those experiencing this struggle.

“The first thing that I focus on with people is just maintaining some structure and routine,” Tanner said. “So many of my clients were staying up very late, and then sleeping in late skipping meals, sort of snacking or forgetting to eat.”

Another thing to be mindful of is how you’re using your phone. Tanner recommends taking an inventory of which accounts you follow on Instagram. Are they helpful, healthy and inspirational accounts? Or, alternatively, does your feed instill some sort of insecurity about your body? Scrap those accounts.

“Be conscious about what you’re choosing to follow. This person is doing a clean eating challenge. What that means to me, it shows how much stress we’re under and how it becomes a way of coping,” Tanner said. “The world is in the midst of a pandemic, let’s focus on a body challenge. That is just a complete reflection of not being able to cope with actual emotions and displacing that onto something like your body.”

Tanner suggests that instead of harboring emotions that can manifest into disordered eating behavior, start journaling what you’re thinking and feeling. Another great tip can be just becoming mindful and present of where you are and what you’re doing.

“For those of us that are healthy, it’s just to be grateful for the fact that we are alive and healthy,” Tanner said. “To realize, ‘oh my goodness, our bodies are these amazing vessels that allow us to experience life.’ Without them, we miss out on everything.”

Staying grounded is hard, but the fact of the matter is that food is fuel that helps us combat illness, so without it, or with too much of it, and purging it in one way or another, we weaken our immune systems, making us vulnerable to disease.

**If you’re feeling particularly vulnerable to disordered eating behaviors, check out Tanner’s blog here, which offers podcasts, articles and other resources to assist you during this time of uncertainty.