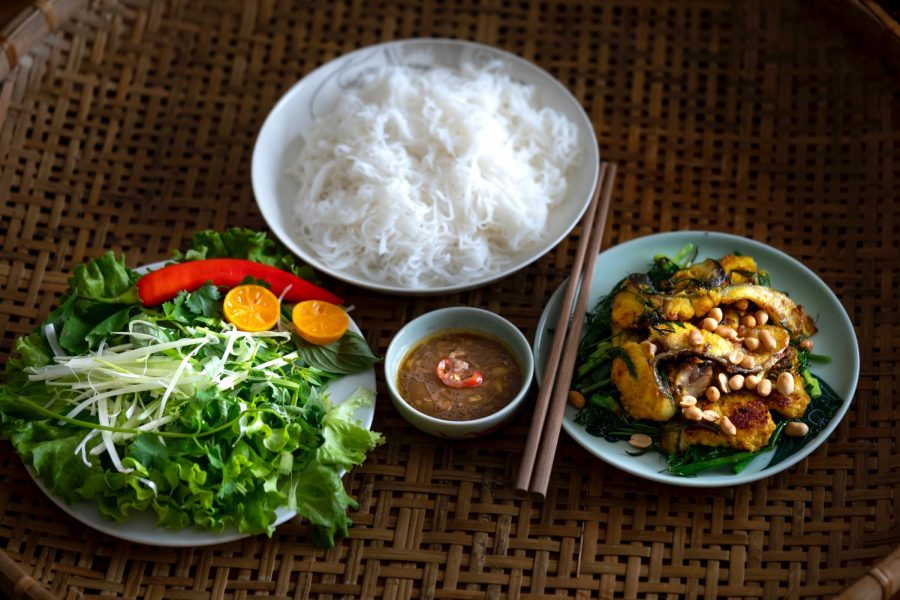 Food is a source of connection for many, often signifying who they are and where they come from. The United States is known to be a melting pot of different cultures and though a lot of ethnic foods have been culturally accepted, there are many foods that still have cultural stigmas attached, especially certain Asian foods.

In Netflix’s original food documentary “Ugly Delicious,” Chef David Chang of Momofuku explores different foods in each episode. Some episodes cover common foods like fried chicken and pizza, while others dive into home cooked meals and Indian food. Chang, alongside family and friends, jumps into the misconceptions of certain foods and why there are still intense cultural barriers when it comes to them.

Growing up as a Chinese-Korean American, I was embarrassed about the types of food that my parents made. Whether a vegetable was being pickled, fish heads added in soup or if rice was served alongside every meal —  I wanted to hide from our traditional cuisines as a kid. But now that I’m older, I’ve grown to embrace these different dishes as part of my cultural heritage. I love to share food as a way to bring people together.

In the home-cooking episode, Chang also talks about his experience growing up Asian-American and experiencing scrutiny by the foods his mom would pack him for lunch. Flash forward a few years and now there are Korean BBQ restaurants everywhere and people are more in awe of it than weirded out, but that still is not the case for many other cultures like Indian food.

The Washington Post published an article briefing readers about the unpopularity of Indian food compared to other Asian countries. In the article, New York University professor Krishnendu Ray stated that “Indian food isn’t actually as ubiquitous as people think, especially compared to other ethnic foods. Indian food is basically where Chinese food was a generation ago.” Ray also touched upon the fact that there are roughly more than 40,000 Chinese and Mexican restaurants around the country but only 5,000 Indian ones.

The Indian food episode of “Ugly Delicious” takes Chang and comedian friend Aziz Ansari on a trip to India where they get to see the diversity of Indian cuisine and discover there’s so much more than just curry.

Chang talks to Indian American food writers and what it’s like working in an industry where the food they grew up on isn’t being talked about. Food & Wine Editor Khushbu Shah, told Changt “publications are happy to run four steak stories in a row, but you used to pitch an Indian story and they’re like, ‘We ran one last month.’”

A major part of what makes the United States different is the mix of  backgrounds that we have living here and the diverse foods they offer.. Dishes from countries far and wide need to be represented better so that there is no more stigma surrounding dishes from cultures that we are not currently familiar with.