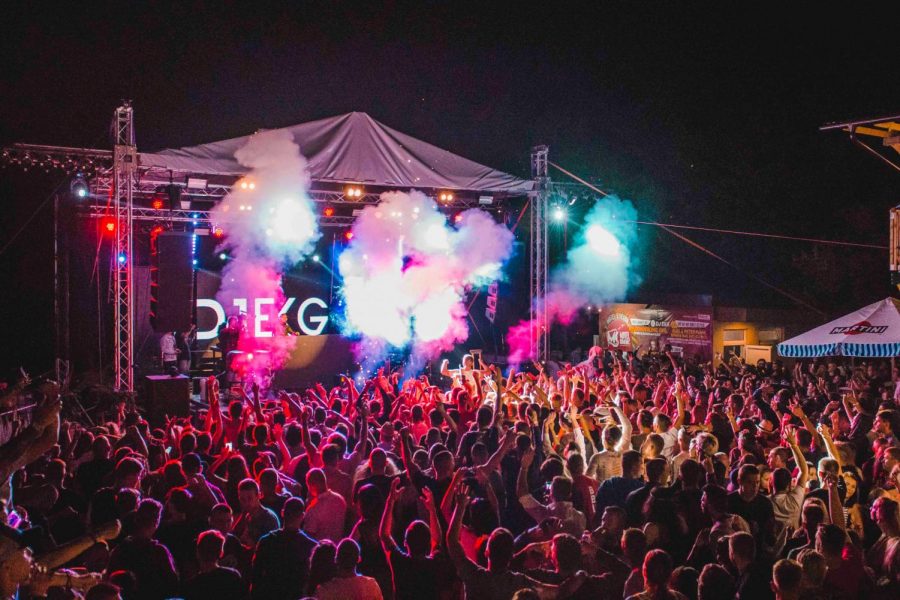 The Coachella Valley Music and Arts Festival is a distinctive part of the Southern California music culture. Held at the Empire Polo Club in Indio, this annual event gives people a chance to discover different music genres all while enjoying live performances by some of their favorite musicians, even in the sweltering heat. Though it may be the highlight of the year for some, others seem to think Coachella has become more synonymous with flower crowns and overpriced tickets.

But a new documentary, “Coachella: 20 Years in the Desert,” proves that this festival is more than just a photo opportunity. The YouTube Originals film premiered earlier this month, on the same weekend that Coachella 2020 was originally set to launch. Instead, concerns over the COVID-19 pandemic prompted the festival to be rescheduled for next April, spanning across two consecutive weekends. Until then, consider this film to be your free ticket to a quarantine-approved “couchella.”

The documentary delves into the forgotten history rooted behind Coachella — showing the people and the music that shaped the festival into a now culturally recognizable event. Predating from its inaugural year in 1999 to recent coverage of the 2019 lineup, which included artists like Billie Eilish and Cuco, this documentary reminds audiences why Coachella exists in the first place.

Coachella facilitates a space for various music styles to exist that extends beyond the performance stage to the festival organizers. Goldenvoice, a concert promoting company based in Los Angeles, has been coordinating this festival since its initial inception by co-founder Paul Tollett. Initially a small independent company, Goldenvoice was a dedicated promoter of the surrounding punk scene at the time and then decided to expand their focus to electronic music.

Together, these two music genres set the foundation for future Coachella festivals. Singer and songwriter Moby, who performed at the first Coachella, describes the evolving lineup of artists as “very eclectic, very open-minded … but provocative” in the documentary. Performances from a variety of artists like Madonna, Morrissey, Tyler the Creator and Daft Punk are featured in Coachella. Archival footage of rock group Rage Against The Machine is also included. The band is set to make their third headlining appearance at Coachella 2021.

As chronicled throughout the film, Coachella has welcomed some unexpected surprises. In 2004, The Pixies reunited after an 11-year hiatus to play at the festival. Fans were shocked again six years later, in 2010, to see a hologram version of the late Tupac perform alongside Snoop Dog and Dr. Dre. Beyonce became the first female black artist to headline Coachella, with a two-hour performance, in 2018.

Different chapter sections in the film signify the evolution of Coachella over the last two decades based upon cultural shifts in music and entertainment. The festival itself often reflects the current state of music in a given year. During the early years, more punk and alternative rock bands would likely headline the festival. During the early 2000s, more independent artists appeared at Coachella and by 2010, electronic dance music seemed to be a prominent Coachella mainstay alongside extravagant light shows. In recent years, the festival has become more culturally inclusive, by including artists like Bad Bunny and the k-pop girl group, Blackpink.

Like it or not, Coachella has become a prominent aspect within the music festival circuit and continues to thrive based on the community that it is built around. As Coachella co-founder Tollett states in the film, “Who likes the show, changes … to make room for the new styles of music, the show has to keep up.”

Below is a Spotify playlist for Coachella 2020, curated by Amy Bigelow