Exploring the stigmas attached to marijuana 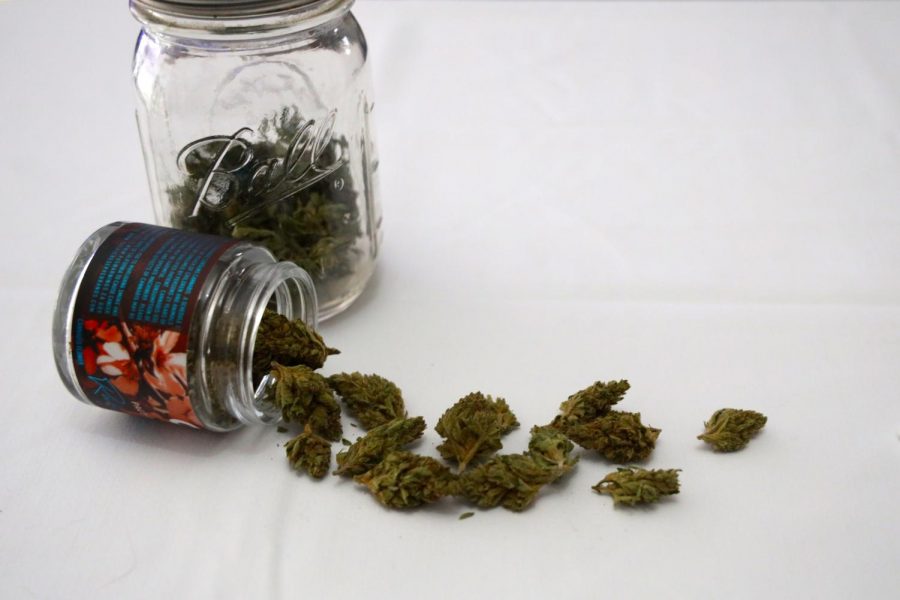 Story by Shelley Wang and Photos by Paige Acosta

Within the state of California, marijuana has been legal and decriminalized for years. Yet, many people still choose to believe the various stigmas attached to this controversial plant. In 1996, California became the first state to legalize the use of medical marijuana. Two decades later, in 2016, the legalization of recreational drug use was approved within the state.

Whether for recreational or medical purposes, with any “drug” often comes a list of  associated stereotypes that can make users feel pigeonholed. Leafly, one of the internet’s largest cannabis sites, has a list of stereotypes connected to the cannabis community. While there are a few not so serious stereotypes like “all stoners listen to reggae and wear tye-dye,” many stigmas typecast cannabis users as overall lazy and unmotivated. Ultimately, these biases may urge users to hide their marijuana smoking habits in fear of being perceived differently.

“The stigmas I hear about weed smokers are that they can’t be productive. I think it’s important for people to be more open about smoking weed,” said San Francisco State University student Desirae Zuniga. “There are doctors, lawyers, college students that are extremely successful and smoke weed every day. The social stigma that is attached to weed smokers is just not accurate”.

Earlier last year, CBS rejected a Super Bowl commercial from the Acreage Holding — a cannabis investing company —  that promoted the benefits of using medical marijuana. The commercial showcased different individuals who used medical marijuana for various reasons and how it has increased the quality of their lives. Yet many beer commercials like Bud Light are watched with high viewer anticipation. The clear rejection of the Acreage commercial shows that many people refuse to acknowledge the possible benefits of marijuana, whether medical or for recreation.

Luis Hernandez, who has been a marijuana user for the past 14 years, explains the immense pros that have come from using. “It helps me a lot with my anxiety and actually does with my concentration as well. I’m in the music industry so it helps me be creative and want to sing,” he said.

The benefits of cannabis have been shown through much research. Over time, researchers like the National Center for Complementary and Integrative Health (NCCIH) have found that, “Cannabinoids, primarily CBD, have been studied for the treatment of seizures associated with forms of epilepsy that are difficult to control with other medicines”.

In addition to treating epilepsy, marijuana is known to increase appetite which assists individuals who have cancer or HIV/AIDS. The NCCIH also stated that since the legalization of medical marijuana laws, prescription rates for both opioids and for any other drug that can be substituted by marijuana for people on Medicare have lowered.

Cannabis users start for a plethora of different reasons that are not just medical related. Zuniga explained that people from her family, including her father, have anxiety and using marijuana has helped ease some of their symptoms.

“He’s the main provider of my family and with that, comes a lot of responsibility and pressure. He smokes weed to help him relax and get away from those pressures. He also grows weed for a hobby, he loves the process,” Zuniga said. 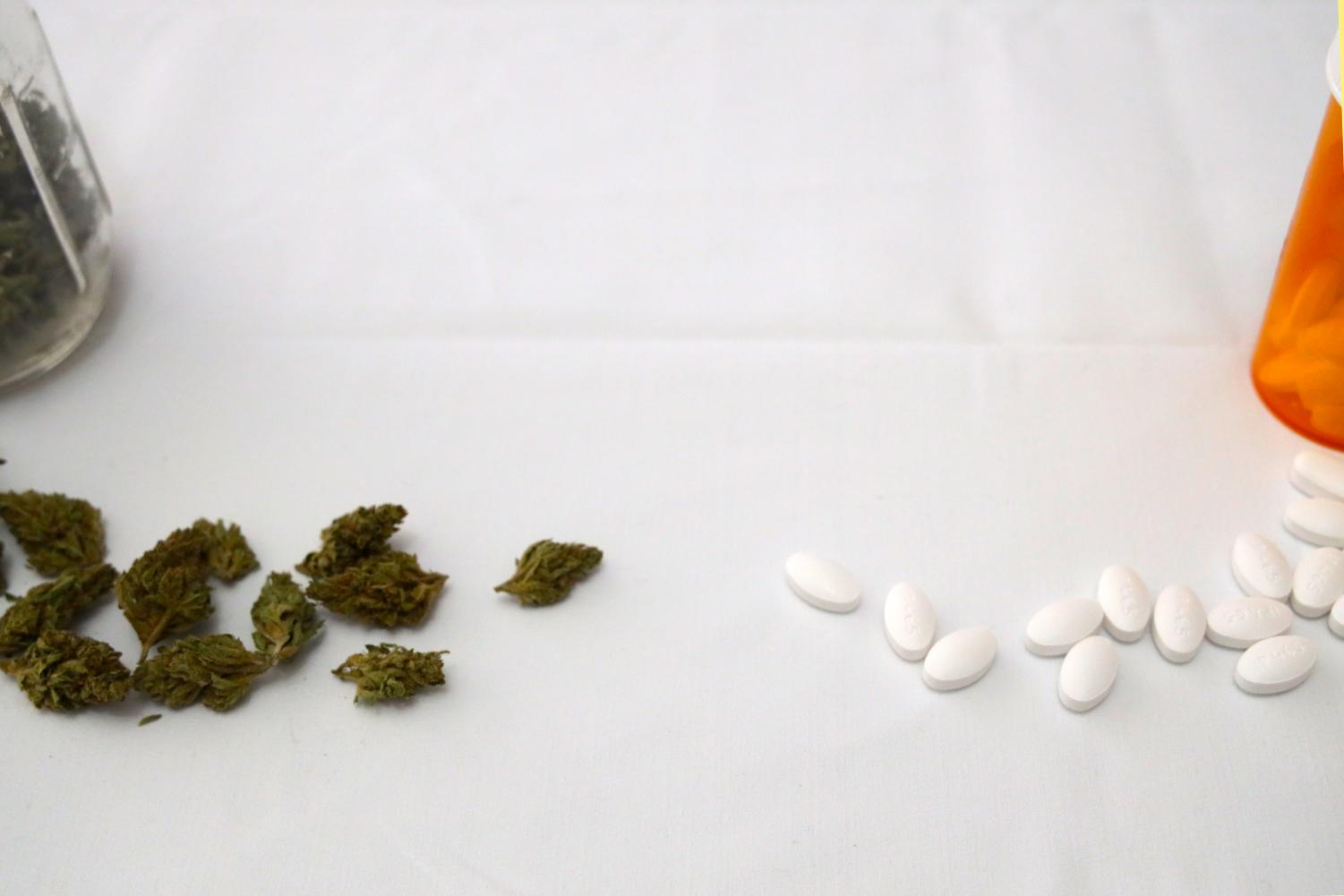 While using cannabis may bring relaxation, it can come with a lot of secrecy as well. A daily marijuana user and college student who chose to remain anonymous due to potential job prospects and family ties spoke about her experience.

“Weed has really changed my life for the better. I think that once you start using it, you realize it isn’t as scary as it sounds,” she said. “It really has mentally allowed me to relax, especially with the anxiety-ridden times of adulthood.”

Despite her changed opinions around the plant, she explained that in high school she considered people who smoked as unmotivated and bad. To her, the main stigma she  continues to see and feel is that weed smokers are lazy. She understands that cannabis can put people in a relaxed state of mind, which might make them prone to laziness. However, it is dependent on the individual.

There are a multitude of career routes that have mandatory drug testing including education, construction, government and health care professions in hospitals.

“I think that hiding smoking is common because it still isn’t widely accepted. I hope one day I won’t have to hide it with future employers, but considering now it is still looked at for drug tests, it’s hard to be so open about it,” Anonymous said.

There are many people like anonymous who fear judgment from others about their cannabis use, seeing it as a direct reflection of the user. But for her, she loves the peace of mind it has given her and the incredible memories she has made while experiencing the high from marijuana. For her, it creates a great atmosphere where she can be more vulnerable and open with her friends.

All marijuana users are not the same and Zuniga stressed the importance of knowing the reasoning behind why people use it.

“Whether people smoke it for medical or relaxation purposes, overall, it’s helpful and beneficial. But I do think it’s important to note that in specific circumstances weed can be a gateway drug depending on your intentions when using it,” Zuniga said.

Hernandez and Anonymous both expressed how they wish there was a more open-minded discussion for cannabis users to have with non-users. As times change, so might the normalization of cannabis. To simply initiate conversations that reflect a more accurate image of weed smokers other than just lazy and weird would help further destigmatize marajuana smokers.

Zuniga explained how in the future she would hope that if her children do use marijuana, they are open with her about it. Her brothers were, and still are, very open with their parents about smoking. She expressed how it has helped create an open dialogue within her family.

“It’s important for parents to understand that their children will not always do what they want, and they can either be open about it or hide it. But creating a space where they feel no judgment is important,” Zuniga said.