What you don't know about magic mushrooms 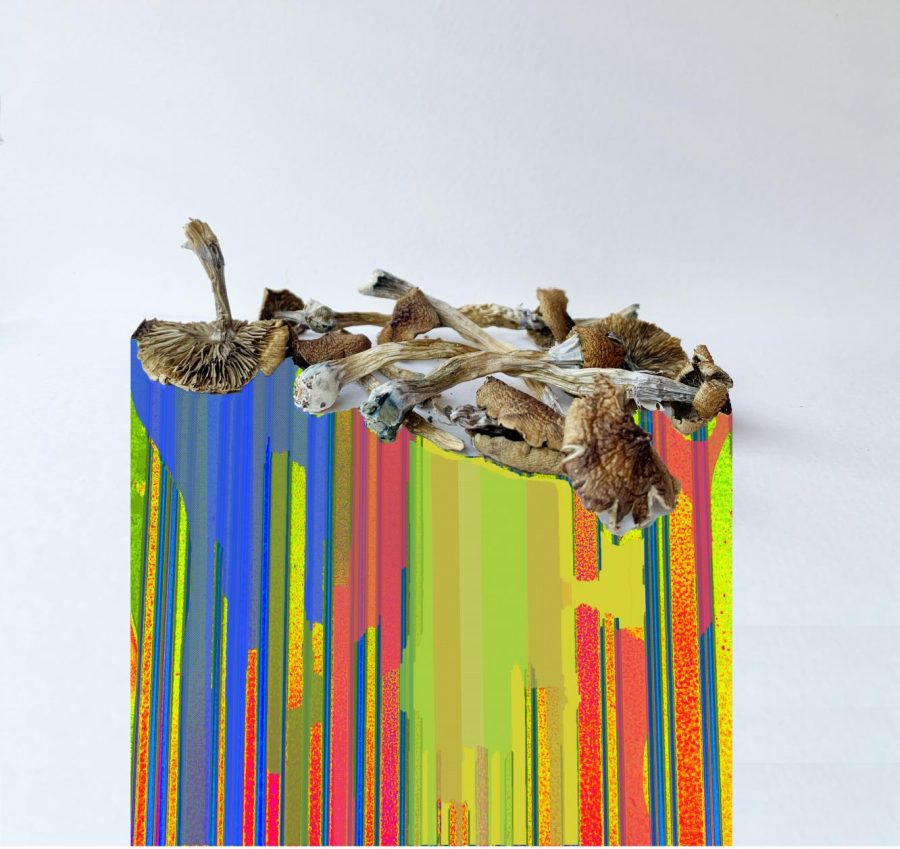 Story and photos by Andrea Williams

“Nature is alive and talking to us. This is not a metaphor.”- Terence McKenna

Humans have had a sacred relationship with nature for thousands of years. Nutritious plants, fruits and roots kept our bodies strong.  Few things feel as sweet and grounding as relaxing with sunshine on your skin. Prior to modern life as we know it today, filled with concrete ground and convenient running faucets and McDonalds drive-thrus, humans relied fully on nature for sustenance and survival. And we still do, but there is also disconnection from nature in everyday life.

Time passes, empires rise and fall, global ice ages come and go — and through it all nature continues to thrive on Earth in innumerable shapes and forms.

There are over 200 species of mushrooms on Earth that produce psilocybin, a psychedelic compound. These fungi and others with similar psychedelic properties, have a long history of ritual, ceremonial and spiritual uses among humans.

Ancient cave paintings featuring these sacred plants are found in several different countries, the oldest dating back 7,000-9,000 years, according to artepreistorica.com.

According to the Drug Policy Alliance, these mushrooms have been used for thousands of years among indigenous peoples across multiple continents. Today, these sacred fungi are still widely used but they are illegal and considered dangerous drugs by many governments.

Psilocybin and psilocyn, another psychedelic compound found in wild fungi, were designated under the Controlled Substance Act of 1970 as Schedule 1 drugs. This means that there is high potential for abuse and no accepted medical use.

Other Schedule 1 drugs include heroine, cannabis, LSD,  peyote and ecstasy.

The Controlled Substance Act was passed by the Nixon administration. Before 1968 there was a rise in interest and scientific study of psychedelic mushrooms, but after these laws passed all research stopped and didn’t emerge again until the turn of the century.

According to the Global Drug Survey of 2016, magic mushrooms are the safest “recreational” drug people use. Only 0.2% of people who take mushrooms end up seeking emergency medical treatment.

LSD and cocaine measured at 1%, amphetamine (Adderall) at 1.1%, alcohol at 1.3% and methamphetamine at 4.8%. This means psychedelic mushrooms users are at least 5 times less likely to go to the ER than these other drugs.

A Guardian article discussing the survey said, psilocybin is not very addictive and is non-toxic to humans and bad side effects are typically psychological and usually wear off within hours. The DEA lists a danger to the drug being death by accidentally eating a different, poisonous species of wild mushroom.

It is important to remember that there is some level of risk in everything we do.

According to the Drug Policy Alliance “bad trips” can result in panic attacks and paranoia, extreme confusion and accidental injury. In cases with pre-existing mental illnesses, like schizophrenia, psychosis has been reported but is extremely rare.

Bridgette Mars is a medical herbalist and licensed psychedelic sitter in Boulder, Colorado. She is a very experienced sitter and was friends with TimothyLeary Ph.D., the researcher behind the well known psilocybin studies at Harvard in 1968. Mars believes that no one should do psychedelics without knowing how to experience them safely first.

Mars explained that above all one’s physical environment and headspace influences their trip. What music you listen to, what mood you are in before ingesting, who you talk to, whether you’re outside or inside are all things that affect how you experience your trip. Having a bad trip can be a scary experience, but many people also report profound and positive spiritual experiences that can change their life.

“Setting an intention before your trip is very important, it can act as an anchor,” Mars said.

She explained how prior to ingesting mushrooms, she meets with her clients at least one time before to get comfortable with one another and to discuss their intentions. During the trip, she is sober and acts as their guide, helping them and reassuring them as needed.

After the trip, she meets with them one more time to revisit their intentions and help them process their experience. Her clients range from seeking spiritual or emotional rejuvenation, healing from past trauma, self exploration and even help with addiction.

Decriminalize Nature is an educational campaign in Oakland aiming to teach the community about the value of entheogenic plants and fungi with the purpose to “decriminalize our relationship with nature”. According to lexico.com, an entheogen is a chemical substance usually found in plants that is ingested to produce a “non-ordinary state of conscious for religious or spiritual purposes.” The term was coined in the ’70s and comes from Greek, literally meaning “become divine within.”

Larry Norris, a board member of Decriminalize Nature and executive director of Entheogenic Research, Integration, and Education (ERIE) was part of the team of people fighting for decriminalization in Oakland. Norris said people have an “unalienable right to have a relationship with nature” and that is why he and these organizations are focusing on community education and decriminalization.

Medical research takes a long time. Everything about studies are closely monitored and happens in a controlled environment. There are currently research trials on the effects of psilocybin on patients with depression, however Norris believes these trials are still about five years out from finishing. But decriminalization is happening now. Norris explained that mushrooms being classified as a Schedule 1 substance just because of the lack of traditional medical research leaves out a long history and narrative of powerful, transformative experiences.

“People should have their own agency in choosing their path to healing,” Norris said. “Even if it is holistic and isn’t accepted by Western medicine … yet.”

The Dank Duchess is a local Hash consultant, writer and educator based in Oakland, California. She personally tries to micro-dose psilocybin mushrooms 2-3 times a week. Duchess became convinced to try micro-dosing three years ago after seeing a story from Business Insider  about how Silicon Valley runs off micro-dosing LSD.

Duchess started actively speaking out about psychedelics in 2019. She feels that there is definitely an inaccurate public perception of plant based psychedelics that creates a barrier for people.

“It is through education that we can change their perception. Education and art, because sometimes people don’t want to be lectured to,” Duchess said. “Social proof is necessary to rise above the social programming.”

Micro-dosing mushrooms and LSD have extremely similar effects, but Duchess prefers the holistic nature of mushrooms.

Micro-dosing about .2-.3 grams of psilocybin mushrooms about twice a week is the sweet spot for her. If you are unfamiliar with the term micro-dosing, no she does not trip or hallucinate, she actually just takes barely enough to promote a slight but profound effect, called a flow state.

When in a flow state, users can feel more grounded and experience heightened mental clarity among other things. Duchess said she feels more regimented, productive, efficient and less emotionally attached to things.

“I see straight lines more. Where I am and where I’m going. It feels like several cups of coffee without the jitteriness,” Duchess said. “It cuts out a lot of unnecessary rumination on things we can spend a lot of time on throughout the day.”

Duchess micro-doses very small amounts, but taking a slightly bigger dose of around 1.25-1.5 grams is a different story entirely. Duchess said this dosage is the perfect platform for self exploration and breaking open mental blocks.

“The self realization that comes from these psychedelic practices are invaluable,”Duchess said.

But unlike micro-dosing, which eliminates unnecessary emotions, with larger doses one’s emotions can take front and center.

“Kleenex has to be close,” Duchess said.