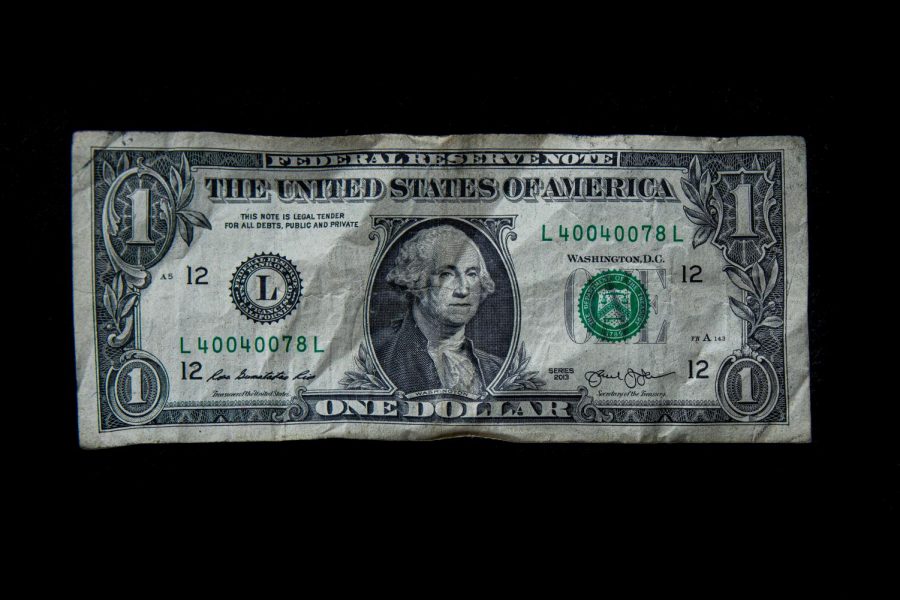 As the world continues to grapple with the pandemic, masks and hand sanitizer have become daily necessities in people’s lives. But owning stocks has also increased in popularity during the pandemic. New investors are looking to recoup their losses by making long-term investments or buying and selling off stocks that can make them a quick profit to take advantage of what longtime journalists, among others, have called “the biggest economic collapse since the Great Depression.”

When reports of the pandemic swept the U.S. starting in March, the unemployment rate jumped to 14.7% due to many factors including layoffs and business closures. For the month of July the rate was 10.2%.

Many first-time investors took their savings, unemployment benefits or government-issued stimulus checks to try their hand at investing.

The volatility of the market during the pandemic has made it easier for new investors to get into what is referred to as day trading. Investors are looking to take advantage of low-priced stocks for the potential to sell with a significant return in profit once prices increase.

Owning shares in a company involves holding some form of stake in the company’s operation. Traders often use their money to invest in either a company whose values they align with, a company they believe can net them a profit in the future or a combination of both. There’s

a multitude of different reasons for why someone would decide to fund a company in the market.

Companies use ticker symbols as a shortened way to refer to themselves. For example: Kodak (KODK) and Apple (AAPL).

Basic knowledge of economics and the market goes a long way in helping prepare first-time traders with their initial foray into the business. For case manager Jerry Ochoa, a 2019 alum of SF State, the lack of knowledge may have hurt him.

“It kind of felt overwhelming at times. I didn’t know to maneuver my way around,” said Ochoa as he described how he felt confused during his early trading days.

The popular trading app Robinhood reported adding over 3 million accounts in its first quarter. The app is used to trade stocks. It provides features such as adding stocks to your watchlist and market updates. Robinhood’s user-friendly interface has made the app a popular choice for young adults. An NBC news report described the app as, “Charles Schwab, meet Candy Crush.”

One example of a successful stock during the pandemic was Kodak. The popular photography company received a government loan on July 28 for $765 million, which was secured from the Defense Production Act. Kodak was granted the loan so it could start production on pharmaceutical ingredients, such as hydroxychloroquine, the controversial drug that President Donald Trump said works against COVID-19.

Kodak’s stocks surged to 879.8% after news surfaced of the loan before steadily declining in value. Traders who took advantage of the price surge secured massive profits.

Juan Carlos Concha, a DJ for San Francisco-based radio station 99.7 NOW, got into the market recently as a way to make supplemental income.

“I had a lot of money saved up because I wasn’t going out as much, and I wanted to utilize that money, find different things to invest in,” Concha said.

Andante Ferguson, a sound technician, felt the effects of COVID-19 earlier than most. In January, events he was scheduled for began to get cancelled. After a suggestion from his father, Ferguson decided to try his hand at trading. Though he regrets not getting into the market during the extreme crash in March, his father’s advice gave him the notice to enter when big oil companies’ shares plummeted in April.

For Ferguson, the Proshares Ultra Bloomberg Crude Oil stock was one of his first big wins, buying in at $11 and waiting until $30 before selling off multiple shares. UCO, as it is referred to on the market, is categorized as an oil “exchange-traded fund.” ETFs are a popular type of investment.

Wilson Hoang, a former rotisserie deli cashier, has been holding onto Cinemark as his big stock play.

“I’m going all in on Cinemark,” Hoang said.

Concha’s initial success came out of pure luck when he invested in Genius Brands. Genius Brands is an entertainment-based company that promises to deliver what they describe as “content with a purpose.” They use animated multimedia aimed at toddlers and tweens as a customer base. Concha initially bought his shares at 25 cents before they jumped to over $7. The next day, Concha discovered the price had plummeted, prompting him to sell off his shares to the tune of  $7,000.

While there are other trading sites, such as Webull and E*Trade, whichthat offer similar options, Robinhood has made trading serviceable in the smart devices era.

“I can tell when the stocks are going down, how much I am losing and how much I am gonna gain back just by looking at the stats,” Hoang said.

Risks in the stock market, such as trading aggressively or buying into the wrong stock, are some things to note as stock trading popularity increases among millenials.

Hoang says Biocept is one stock he bought into that never took off. He thought its connection to coronavirus research would increase the price point in the long run after getting information to jump on board from a friend.

“That was a bad decision on my part. I bought in thinking it was gonna rise because it deals with COVID-19 research, and it just kept going down all the way to 60 cents,” Hoang said.

While Concha had gained a good amount of money from his sale of Genius Brand shares, he also noted how volatile penny stocks can be.

Penny stocks are those that cost less than $5 each, according to the U.S. Securities and Exchange Commission, and Concha said they are known for their chances of netting massive amounts of money. The trick is getting in and out at the right time, he said. The volatility of these stocks also increases the risk of experiencing a massive loss, he said. Concha said that penny stocks are known in the trading community as being susceptible to the “pump and dump” scheme.

The scheme occurs when people invest in a stock to artificially increase its price, and then sell once others buy in at the inflated price. Concha said that people with massive amounts of money are especially capable of influencing penny stocks in this way. He said theThe issue is that first-time traders buy in at the wrong price, prompting them to cut their losses if the price ends up plummeting. This was one of the reasons Concha says first-time traders should stay away because of the high risk involved with these penny trades.

As trading becomes more popular, those looking to get into trading might be wondering what steps they can take to minimize the risk of fumbling their first go around. Ferguson and Concha said that researching stocks could go a long way in investing, adding that it could be helpful to browse information made available through online stock-trading communities, such as those on Reddit, Twitter and Discord.

Persevering and not giving up despite the losses is also helpful, Ferguson said .

“People who have been in the stock market for 20 years still say they learn something new today, it takes time, just stick with it,” he said.