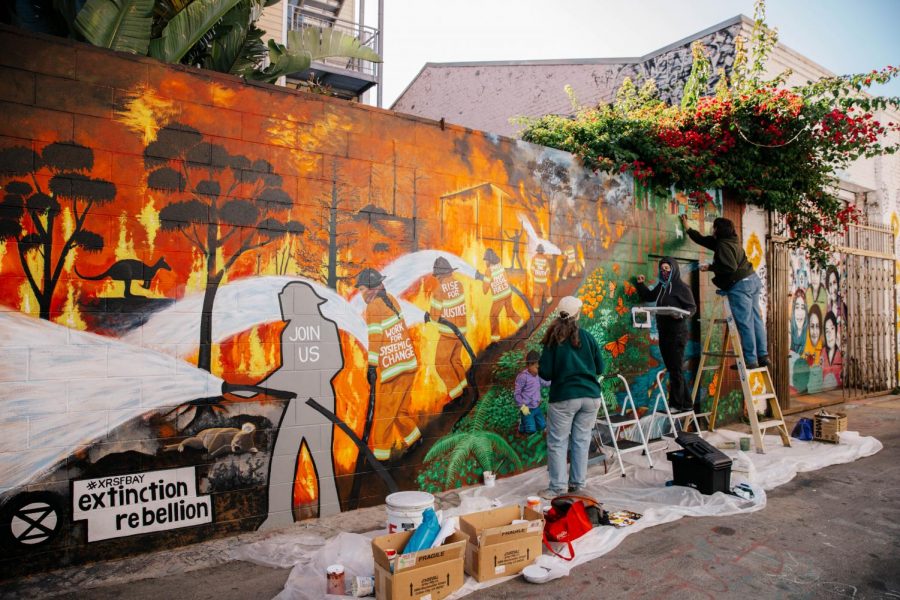 As climate change and wildfires drastically alter our ecosystem, environmentalists and artists are looking for innovative ways to amplify the message that our world is on fire. For local members of Extinction Rebellion, an international environmentalist group, this took form as a new mural in Clarion Alley in the Mission District of San Francisco.

The five women behind “The World Is On Fire” are Leana Rosetti, Jeanne Leimkuhler, Lisa Zimmer-Chu, Jamie Northrup, and Sandra Kwak. “Art contributes to the cultural conversations and shifts needed to confront social and environmental issues. As an artist I feel a responsibility to speak to it,” Lisa Zimmer-Chu said. Other contributing members include guest artist Avehn Zimmer-Chu and location coordinator Don Cornejo.

The mural is a call to action aimed at the San Francisco community to recognize and combat climate change. Kwak sees Extinction Rebellion’s duty as “drawing on scientific truths and articulating them with artistic imagery to help the public understand the gravity of the climate crisis.” The contributing artists expressed that science isn’t enough for people these days. Kwak sees an increasing importance of bringing these issues to light through art, because “it touches your soul in a way that data just can’t.”

When conceptualizing ideas in Winter 2019, the group aimed to highlight elements of climate change that affect people directly. Lead Artist Leana Rosetti began the process with a clear goal: “for viewers to feel empowered and responsible to do something about it.” A mock painting began in January 2020 and The Clarion Alley Mural Commission approved the idea later on in March. COVID-19 restrictions delayed painting until June. Rosetti’s idea was selected amid four to five options. The group worked collectively for seven months to bring her vision to life. 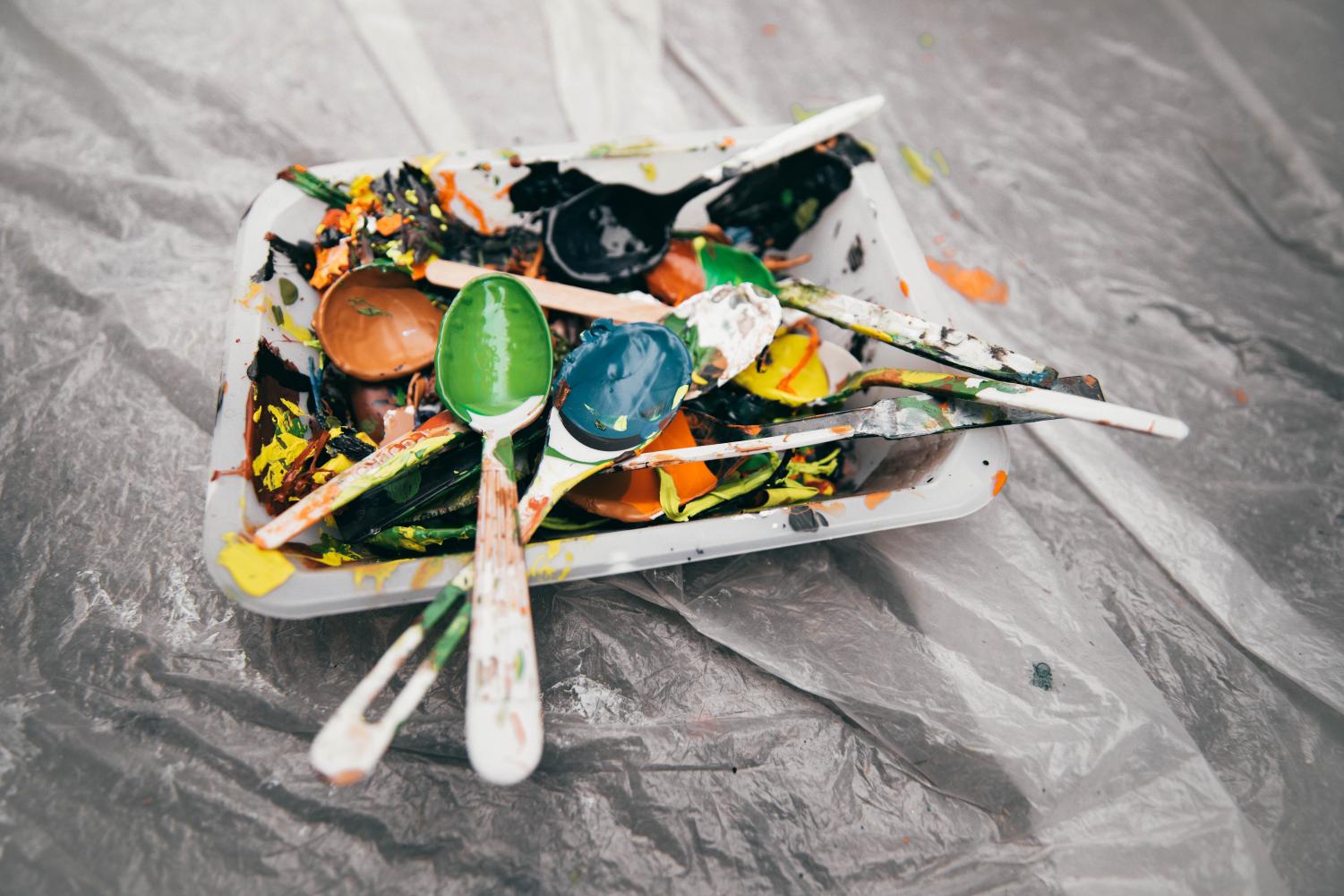 Clarion Alley is a home for art activism in San Francisco. It is a spot where street artists  create more long-form projects and present their work in a space that is publicly accessible. Hundreds of tourists and locals pass through the vibrant alley of murals in the Mission District daily. The contributors agreed that one of the most rewarding parts of the process is how people reacted. Kwak noticed more positive public engagement in environmentalism through art, as opposed to protests and marches. “The process of painting it has been a beautiful interchange with the community,” she says.

Lead Artist Leana Rosetti joined Extinction Rebellion after feeling disillusioned from her job at the Environmental Protection Agency. She now fulfills an instinctual calling that combines her love for art and science. Extension Rebellion’s ideological opposition to the “let’s ask nice approach” appealed to Kwak’s values. To Kwak, the organization is “an outlet for the grief and anger and somewhere to find hope in direct action.”

“Doing art is a healing way to both spread the message and continue the movement.” Kwak said. The Bay Area branch of Extinction Rebellion is responsible for “The World Is On Fire,” but the organization’s activism and influence is present all over the world.

Inspired by other interactive art in Clarion Alley, the contributing artists added an element that draws viewers closer. Zimmer-Chu emphasized the most important concept of the mural is the invitation to join together in action: the anonymous firefighter that reads “Join Us.” Zimmer-Chu values the intersectionality in the illustration. “There is plenty to do, and a place for everyone to be part of this picture,” she said. Viewers are encouraged to step into the orange footsteps and immerse themselves in the scene within the mural.

“We don’t need more science. The evidence is there. What we need is for people to change their heart and mind, and believe and care,” Rosetti said.