The connecting threads of gender and fashion 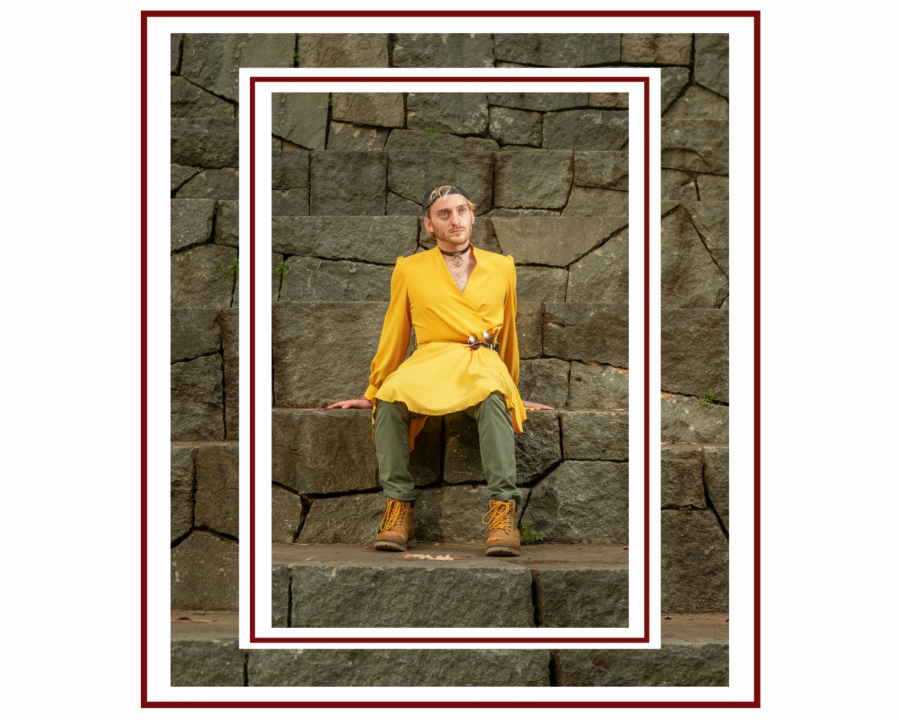 When it comes to the human race, society always finds an opportunity to decide what’s right and wrong and the types of clothes a person purchases is always a “hot topic.” Genders have been assigned to clothes that are “most appropriate” when dealing with the outside world.

27-year-old Thrum below the Belt, who identifies as agender and goes by they/them, has faced many of these obstacles.

“There isn’t a reason why a certain type of person, with a certain type of body, should have to dress a certain way if they don’t like it,” said Belt. “I definitely have had certain issues like when I went to a job interview in a dress and didn’t get hired but then went to a similar interview dressed a bit more masculine, and was hired on the spot.”

Although it shouldn’t matter or affect anyone with the clothes another individual decides to wear, it seems to. In some countries around the world, free spirit in dressing […] or as some like to call it “cross dressing” has been labeled as a crime. According to the Human Rights Campaign (HRC), in 2020 over 44 gender non-conforming people were victims of fatal violence for dressing the way they felt most comfortable.

“Unfortunately, there are times where I have to put my feelings and my way of living on the backboard. There are times where a person doesn’t want to call me the name that I want to be called, or where I have to make sure I’m wearing my ‘boy clothes’ because my safety is at risk,” says Belt. “It’s sad, but it’s just something I’ve realized I’m going to have to go through.”

When one sees another in the opposite genders clothes it is most likely assumed that they are gay. However, breaking the binary in gender neutral clothing doesn’t always mean the person belongs to the LBGTQ+ community.

Karla Espindola, a 23-year-old heterosexual female, is all for free choice in clothing.

“Have you seen the pocket space they give you in women’s jeans?” asks Espindola with a straight face. “Yeah, that’s a no for me!”

The media and world, however, have a way of using double standards when it comes to males and females by making it more acceptable for a female to be more masculine in public. but society is more standoffish when a male is more feminine.

Society often views a male as “weak” for being or looking more feminine.

“Men get a lot more heat and judgment for wearing female clothes. Most see it as cross dressing instead of expression.” says 21-year-old San Francisco State University student Kendal Exum, who goes by he/them.

Alexis Shelton, a 23-year-old Environmental Technician from Los Angeles, CA who goes by she/her says she also has experienced judgement, but in a bit of a different way.

“I think people have a hard time accepting what isn’t socially normal – I feel like people often think I’m buying things for my boyfriend… but the gag is, the t-shirt is for me,” Shelton says.

“Thinking back on it,” says Espindola with a strong thinking face. “Men do have it harder when dressed in women’s clothes, and I have no clue why that is, but it’s kind of sad.”

According to NPR Writer Colin Dwyer, in 2017 “Joushua Brandon Vallum was the first person ever to be prosecuted under the Hate Crimes Prevention Act, for targeting a victim because of gender identity.”

Although this was the first time a person had been prosecuted for their actions, this was not the first time the act itself had taken place. So many crimes towards gender neutral clothing go unnoticed each and every day.

“It’s sad to say, but my biggest support group isn’t even my family, it’s my friends. My parents do not accept my lifestyle choices. To them, I’m just going through a ‘phase’” says Exum. “People create this hate in their heart, for whatever reasons, and it just starts to rub off onto others.”

Since Vallum’s case, hate crimes towards victims of gender identity continue to increase. However, people around the world are continuing to find ways to express themselves through the clothes they choose to wear.

Clothing brands such as Urban Outfitters, TomboyX, etc; are starting to expand their gender-neutral clothing selections.

“I wish they made more dresses, skirts and blouses with male bodies in mind,” Belt says. “It’s hard to find clothes that fit me without alteration. Regardless, we’re only here for a short while. Unless it’s unsafe for you to do so, wear your favorite clothes.”