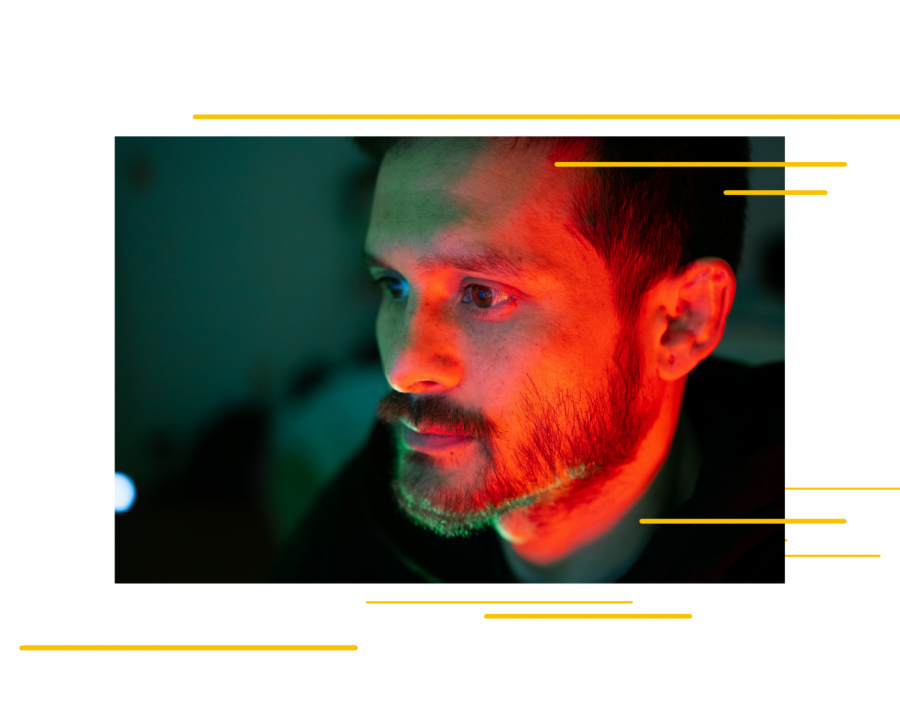 It was a Friday; A relief for many, but for Reiko Yuu, 23, it meant tradition — the day of the week they looked forward to the most.

As the school bell rang, Yuu hurried down the street to Dairy Queen to meet their brother, grab some food and make their way to their mom’s house.

Upon entering the house, the brothers flung their shoes off, tossed their backpacks, and ran down the hallway entering the familiar room where their PCs sat awaiting them.

They turned them on, booted up World of Warcraft and continued the tradition of journeying through Azeroth, together, to kick off their weekend.

The gamer identity is still relatively new in the grand scheme of things. Only three generations (Generation X, Millennials and Generation Z) firmly identify with its culture. As these generations grow up, the culture and identity of gaming rise with them.

For many people, gaming is more than a hobby. It’s a lifestyle that becomes deeply intertwined with their personality and overall identity, influencing how they dress, decorate their rooms, who they interact with and how they interact with the world.

“My childhood was built by a family who had a strong identification with gaming and being gamers,” said Yuu. “Both my parents and my siblings all loved video games and it was an essential part of how we bonded growing up.”

As a current computer science student in Canada, Yuu has many aspirations and dreams, but video games still play a vital role in their personal and professional life.

“A look around my room is like playing i-Spy. If you know what to look for, there’s a lot of video game references, including posters, books, figurines, old video game boxes and a replica Frostmourne blade (World of Warcraft iconic sword) mail-opener,” described Yuu.

Yuu’s ideal situation is to graduate and use their degree to bring to life the ideas they have conjured up of possible video games. Hopefully, one day becoming a full-time streamer via Twitch, where they can use their virtual avatar to play video games with a community they created themselves.

Although many gamers have aspirations to become full-time streamers, like Yuu, they also use streaming outlets for other purposes. For many, it can be a safe place to meet like-minded people and make friends, an outlet to socialize in an atmosphere where they feel welcomed and bond over similar experiences and knowledge.

Wrestling coach by day and identified gamer by night, Martin Ruiz, 32, is set to begin streaming as a hobby and use his platform to meet others in the community and make friends.

“Everyone begins streaming for fun and the friends,” said Ruiz. “You’re able to be more open and authentic because the commonality of video games breaks you out of your shell and relates you with people.”

Ruiz grew up playing video games with his dad and two brothers but explains that he didn’t truly begin identifying as a gamer until around middle school. It was then when he met his first group of friends who also played video games. He has fond memories of going to his neighbor’s house after school to play video games with them – most memorable was Halo.

Going into high school, Ruiz was really into sports. He found that the competitiveness between him and his teammates translated into friendships where they would play video games with each other off the field.

Competitive by nature, it only made sense that Ruiz frequently played competitive video games like Call of Duty, Halo and his current favorite, Apex Legends. A first-person shooter game that also refers to an FPS game.

Ruiz enjoys participating in tournaments for Apex Legends. These tournaments are where gamers come together to prove their skills to one another—hoping to be noticed by sponsors and recruited for an esports team.

Esports is an avenue of gaming that has been around, believe it or not, since the very first official esports tournament in 1972. Like gaming, esports tournaments started in arcades and evolved into a grand production broadcast on television and arenas.

Esports has given the gaming community a more public setting.

Esports has been highly criticized for its controversy about whether it could be considered an actual sport. However, a research study on Esports concluded that “Esports is groundbreaking in its use of networked technology to bring people around the world together through organized, competitive games.”

According to a study in The Sport Journal, “Another advantage esports has over varsity sports is the number of viewers that watch esports and the ability to watch via the internet.”

Similarly, a literature review on esports found that, since the popularity boom in 2002, esports is now recognized at the same level as traditional sports, like football or baseball– drafting teams, fantasy leagues, tournaments and more. It has evolved into a booming industry worldwide with many interested individuals rooting for their favorite teams.

At tournaments, gamers come worldwide to support their teams and show their pride for their favorite video games via “cosplaying.”

As stated in the Journal of Cult Media, “Cosplay, short for ‘costume play, is the modern practice of wearing costumes, props, and accessories to represent a character.”

Cosplaying is most popular at gaming conventions and gaming tournaments, where individuals show off their “fandoms” – being a fan of a specific video game, genre or anime.

“It’s a really unique and fun experience,” said Ruiz, who cosplays at conventions when he can. His most recent cosplay was of Shikamaru, a character from the anime “Naruto.”

“You get to step into your favorite character’s shoes for a day and feel what it’s like to be them,” said Ruiz.

Cosplayers are known for their dedication and craftsmanship when creating their costumes. Taking on the identity of their favorite personalities from games, whether that be a ninja, a giant barbarian, a high-elf leader, a mischievous goblin or anything you can imagine.

Thanks to the invention of the internet, gamers are connected all day, every day. They are not going anywhere, anytime soon.

Pingu Mumbo confesses, “I think for me, playing games as an everyday part of my life just makes me consider myself one (a gamer)!”