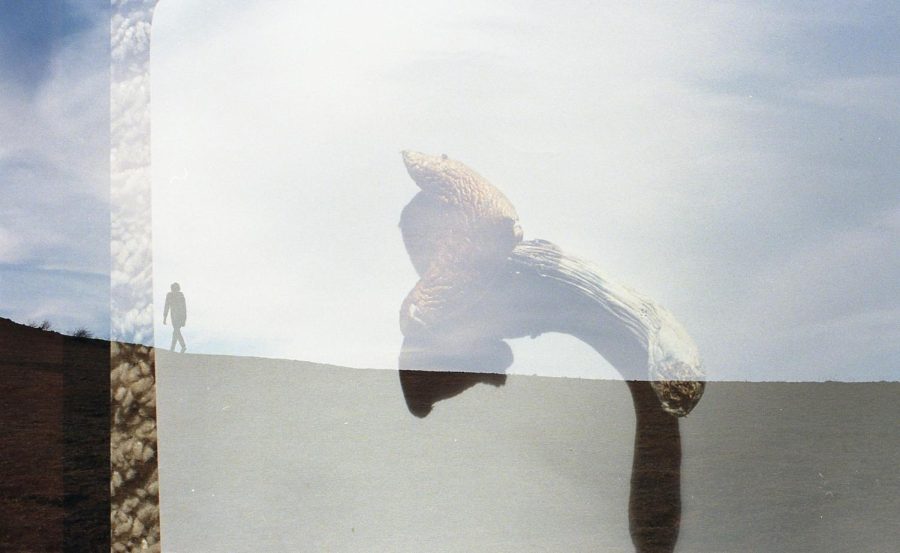 The following article does not encourage or promote the use of illegal substances or activity. This article also mentions suicide and self-harm.

An experimental form of therapy uses the aid of consciousness-altering substances, such as psilocybin and LSD, to offer hope to those dealing with long-term mental illnesses. It is a type of treatment that rests on the cusp of what some call a “psychedelic renaissance.”

New and emerging clinical research from studies across the U.S., including Johns Hopkins Medicine, show correlations between psychedelic therapy and positive mental health and overall quality of life. This form of treatment includes the use of psychedelics in a clinical setting to aid therapeutic sessions. Those that have consumed psychedelic substances for therapeutic purposes report having better symptoms with depression, anxiety and other mental illnesses.

“It has provided more ecstasies and complete bliss than any other form of therapy,” said Josh Gibbons, a psychology student at Sierra College in Rocklin, California. “This has led to better emotional health during my moment-to-moment experience.”

Gibbons has previously worked with traditional forms of therapy, such as DBT (dialectical behavioral therapy) and CBT (cognitive behavioral therapy). The former is used to treat negative behavioral and thought patterns including suicidal thoughts and self-harm. The latter works with developing mental and emotional regulation as well as personal coping skills.

Gibbons emphasizes the importance of intention and meaning behind his usage of these substances.

“There’s many reasons we can use drugs — it’s just about staying mindful about why we’re doing it,” Gibbons said. “This is more than just getting high. The psychedelic experience can be immensely therapeutic, and I’d like to help more people understand that.”

While using psychedelics, individuals can experience a wide variety of visual, auditory and bodily effects on their “trips.” This works towards creating a conscious-altering state which many believe allows them to access higher emotional and mental healing capacities.

“I remember waking up the next morning and the world was different. Depression was no longer clouding my awareness,” said Gibbons of his first high-dose LSD experience. “It’s like someone took my brain out of my head, power-washed it, and then added some good ideas and positive attitudes, then put it back in, screwed my cap back on, and pushed me back into reality as an entirely new person.”

Along with positive mental health outcomes from psychedelic therapy, Gibbons also incorporates daily Zen practices such as meditation and mindfulness into his routines.

The medicinal and mindful use of these substances has helped him overcome struggles relating to his mental state, daily mindset, and suicidal thoughts. It has contributed to mental clarity and improved quality of life.

“Before psychedelics, life was very chaotic and random. But after I see reality to be very connected and meaningful. Everything happens exactly how it should,” he said.

Gibbons went on to add, “if I hadn’t started using psychedelics, I might be dead. Psychedelics definitely did save my life.”

Researchers from Johns Hopkins Medicine also studied this form of therapy in a paper titled Effects of Psilocybin-Assisted Therapy on Major Depressive Disorder published in November 2020. The study hoped to answer the question, “Is psilocybin-assisted therapy efficacious among patients with major depressive disorder?”

In the randomized clinical trial study consisting of 24 participants, researchers at John Hopkins largely found positive outcomes. Specifically, they found clinically assisted use of psilocybin drastically improved quality of life for those dealing with major depressive disorder (MDD) and other forms of treatment-resistant depression.

The study examined the anti-depressant effects of the substance over a period of eight weeks, in which researchers found 71% of patients showed a “clinically significant response to the intervention.”

The results emphasized the success of psychedelic therapy for mental illnesses, reporting, “psilocybin-assisted therapy was efficacious in producing large, rapid, and sustained antidepressant effects among patients with MDD.”

The trial was deemed effective by clinical standards and encouraged further research into this form of treatment for patients who have shown symptoms of long-term depression and other mental illnesses.

The broadening use and understanding of psychedelic therapy has continued to excite and intrigue clinical psychologists and other professionals in the field.

“I am very impressed by this treatment modality for resistant depression and PTSD (post-traumatic stress disorder),” said Gisele Fernandes, a Bay Area licensed psychotherapist who specializes in the treatment of trauma. “I know what it takes. It takes years to support somebody in the healing of their traumatic experiences.”

Fernandes primarily works as a core faculty member at the California Institute of Integral Studies in the Integral Counseling Psychology program, a master’s program in San Francisco that teaches and trains psychotherapists in clinical and research fields.

According to Fernandes, many patients interested in psychedelic therapy have previously exhausted other methods of treatment.

“They have usually tried regular pharmaceuticals and other forms of therapy and feel like they haven’t improved,” said Fernandes. “The treatment of traumatic memories has to include the body and the nervous system along with the cognition and the emotions.”

Fernandes also serves as a clinical supervisor at SAGE Institute in Oakland, California, which provides ketamine-assisted psychotherapy for low-income communities. Ketamine was originally used as an anesthetic and is now being studied for its positive impact on treatment-resistant depression.

Fernandes emphasizes the accessibility and representational aspects of these forms of therapy.

“It is about diversity and inclusion, both from the standpoint of having therapists who represent the community and who are able to support people with different backgrounds, as well as access,” Fernandes said. “It’s very important for us to consider who has had accessibility and how the history is being acknowledged so we have more critical thinking around our models of treatment.”

She believes it is significant to understand the societal history of these substances when also thinking of public consumption.

“When we’re looking at psychedelics today and looking at the possibility of people ingesting substances for healing, you have to take into consideration the history,” said Fernandes. “It has created a lot of mistrust, stigmatization and a lack of safety, especially for communities of color.”

Fernandes and other professionals in the field of psychedelic therapy have been viewing these substances as a form of medicine.

“The therapist is there to guide and facilitate, but the healing lies within the client. It’s a model that empowers people and their own abilities and capacity,” Fernandes said. “The medicine, plus the presence of the therapist, will support the client in accessing that innate power of healing.”