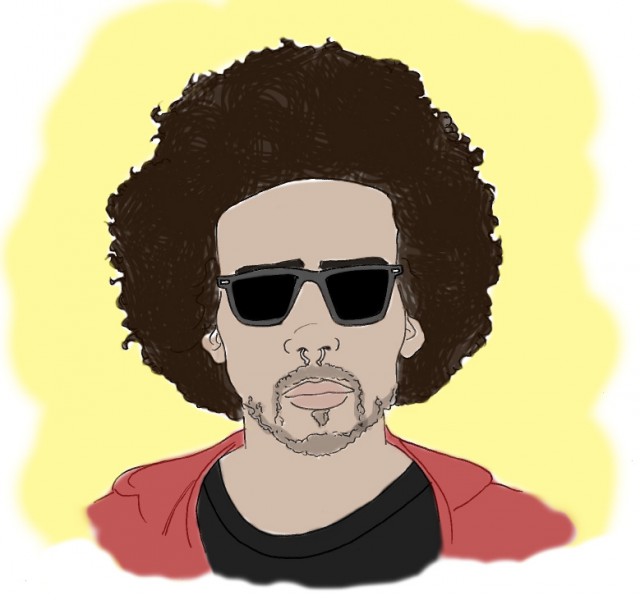 “Sometimes I would go through PDF files on my iPhone in the middle of class or do quick Internet searches—I learn better that way, but other than that I’m old school. I still write notes.” Alejandro Rios, 28, Anthropology/Latino Studies

The soft clicking of Kristen Gardner’s typing is the only sound heard in her Daly City apartment. Gardner, who works part time as a receptionist at USA Hostel while going to school full time, is so focused on getting her research done that the heat of the room doesn’t faze her. Undeterred by the temptation of Facebook and her iPhone, she continues surfing the web for more information on Nigeria. Researching deforestation in Nigeria for her Social Science class, she switches from her word document and opens a new tab, clicking on a link titled “Nigeria has the worst deforestation rate.”

People often think that the ability to multitask is a positive attribute – those who think they can proudly tout their skills. Likewise, it’s not uncommon to see job listings that place multitasking as a required ability. Technologies such as smartphones and iPads cater to this idea, that we can maximize our efficiency by getting things multiple done.


According to a study done by the Scientific American, college students who heavily media-multitask find it difficult to ignore information that is in the environment, or in their recent memory. This includes the use of TV, Internet, radio, telephone, print, or any other media in conjunction with another. They also have greater trouble relative to their counterparts when asked to switch rapidly between two different tasks.

The study also explains that college students who constantly take on multiple activities are more susceptible to distractions. In contrast, people who do not usually engage in multitasking show a greater ability to focus on important information. These results reflect two fundamentally different strategies of information processing. Those who frequently engage in multiple tasks prefer to explore any available information, rather than restrict themselves.

Adam Gazzaley, director of the Neuroscience Imaging Center at University of California, San Francisco, feels that taking on multiple tasks can actually delay a student’s performance.

“What we see happen is that, when you are interrupted by a second task, there is a switching between networks, then the need to reactivate the original network after the interruption,” says Gazzaley. “In other words you are actually decreasing the ability to retain that information.”

Though the media and technology make it easier for young people to multitask, it doesn’t work when for completing complex assignments.

“When a student is working on homework and then stops to check their emails or log on to their Facebook page,” explains Gazzaley. “They are unknowingly disrupting their short-term memory.”

Gardner, who is majoring in Liberal Studies at San Francisco State University, is one of the few students who isn’t wrapped-up with multitasking.

“During my freshman year, I tried IMing friends and listening to music while getting work done, but I stopped because it didn’t work for me,” confesses Gardner. “I’m also not the kind of student who’ll bring their laptop to class because I know it’ll distract me. I just like having a piece of paper and pen—it helps me focus.”

Multitasking behind the wheel is a dangerous habit common for many college students. Based on statistics from Distraction.gov, driving while using a cell phone reduces the amount of brain activity by 37 percent.

“I believe people can multitask to some degree,” says Gardner. “But not for something complicated, like texting while driving, which is too difficult for most people.”

“I understand that these days, employers require their applicants to multitask well,” she acknowledges. “But I think they need to realize that no one can truly multitask, especially when using technology.”

Gardner takes a swig of her water as she pulls out her iPhone from her pocket and logs onto her Facebook.