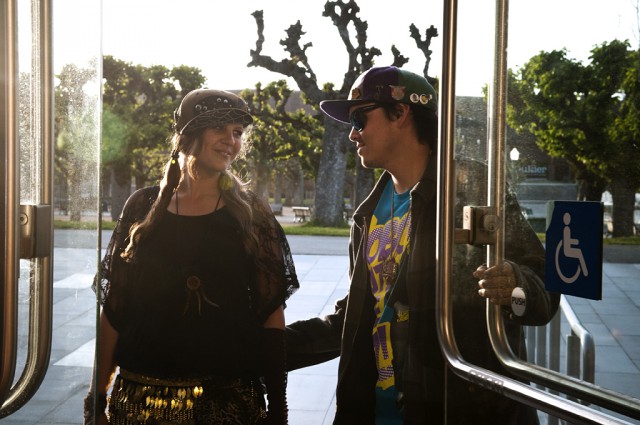 “Where’s your head at?” asks Bay Area advice columnist Deborrah Cooper. There are some people who text their friends while on a first date, or are painstakingly perfect on online dating profiles to get more hits. Where is the authenticity? Just because the Internet makes connections easier does not mean it is an easier dating game. It is silly seeing a couple on a date, both bent over their smartphones like there is a pane of glass between them. If the date is going nowhere, they might as well stay home and Skype.

Profiles can be polished within an inch of perfection. A computer screen highlights only positive personality traits, while at the same time hides undesirable attributes. It just goes to show people are not as perfect as they make their profiles out to be, so there is no use in faking it.

“Hiding parts of who you are and emphasizing things that aren’t quite true, embellishing; those kinds of things show total lack of authenticity,” says Cooper. “Just be who you are! Let somebody like you or not like you for who you really are and that way you know the relationship is real.”

Anna Pulley, a relationship and social media etiquette columnist for Mother Jones, SF Weekly, and other publications, says too much online flirting can start things off awkwardly.

“You can have a fantastic email rapport with someone and then in person find out there’s absolutely no chemistry,” says Pulley. “And that kind of dud date can be really frustrating if you’ve spent time cultivating a relationship with someone over email. That can also make people even more reluctant to meeting people in the flesh.”

For those just interested in casual encounters, any profile is fair game. But for those who are tired of dating the wrong people, communication is key. Too often, “let’s hang out” becomes interchangeable with “let’s go on a date.”

“‘Do you want to hang out?’ What does that mean?” asks Cooper. “I look at a ‘hang-out’ as I hang out with my brothers, I hang out with my dog. But that’s not a date. So, if you want the other person to understand what it is that you are there for, you need to clearly communicate that.”

When date time arrives, it is best to have a plan. First dates should be full of surprise and magic, not clumsily browsing through Yelp reviews in an attempt to find a good restaurant.

“It’s like, really? Don’t you have something planned? This is it? This is the plan?” Cooper says in a tone of disbelief. “You wanted to take them out, so you got to be able to come to them and say, ‘Look, I want to take you out on a date, let’s go to lunch. What kind of food do you like?’”

Though texting is a safe way to ask someone out, a quick phone call is better. Cooper advises to never ask dates out through texts; she says that confidence is sexy. Keep the fingers off those keys and let real voices do the talking.

“We’ve trained ourselves to deal with awkward pauses by whipping out our phones,” says Pulley. “This is slightly passive-aggressive, but if you can get the tone right, ask them while they’re Twittering, ‘Oh, am I interrupting you?’”

The dreaded bill is another dating roadblock. Cooper believes that whoever asked for the date, pays for the date. Even if it is a cup of coffee, leaving a date with half of the bill does not make the idea of a second outing seem enjoyable.

“What is this thing about people not wanting to pay for dates?” asks Cooper. “If you have someone who is so stingy and so guarded that they doesn’t want to pay ten dollars for a date, that’s not a person that you want to invest in emotionally because he or she’s going to be stingy and cheap with their money, with their emotions, and with their time, and that is established very early on.”

There is no specific right or wrong way to spend a date, just guidelines. If values and anticipations are expected, it is best to make those clear rather than leaving a date in the dark.

“I had a friend who picked this girl up from her house,” says Pulley, “and he got in the car and realized she was still outside, waiting for him to open her door. Awkward.”

Whether searching for a new potential relationship or just something casual, single guys and girls in the dating pool can up the odds of finding exactly what they want if they go out and seek exactly that. The clearer the intention, the less chance of confusion and misread signals down the line, especially with the convenient ambiguity of the Internet.

These are modern times, but manners are never out of style – and when it comes to a first date, everyone wants to feel special. So put that smartphone down and enjoy another person’s company.