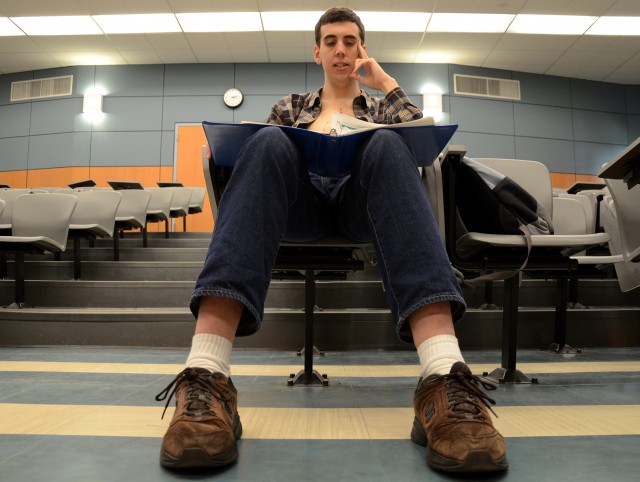 When I woke up on October 10th I wondered two things. If the Giants had avoided elimination against the Reds, and why my room was so damn hot. A nurse walked in and I slowly realized I wasn’t in my converted half-living-room in Park Merced on my lumpy mattress, but instead in a bed at Kaiser’s main hospital. I then thought back to the last thing I could remember, a young male nurse named Javier who had shaved me from neck to toe. This was not elective, but rather in preparation for my surgery. My open heart surgery.

Let me start at the beginning, which isn’t all that long ago. Since December of 2011 I had been on a strict diet and exercise routine, which resulted in me losing a lot of weight. Being a healthy young 22-year-old I figured it had been a while since I had had a physical so I scheduled one to talk about this crazy new body I had. After waiting a month for the appointment, as well as an additional two hours in the hospital waiting room, I was ready for the doctor to give me a clean bill of health and a lollipop when he took one last listen to my chest. Except that wasn’t meant to be.

With a semi worried look, Dr. Farrow told me he had detected a heart murmur. One thing lead to another, and before I knew it, a very nice mom-like cardiologist was telling me I was a walking heart attack, and I needed surgery as soon as possible. I was shocked. My mom wept and my dad was confused. It was just like one of the Pack family road trips.

The cardiologist told me I probably have Marfan Syndrome. It is a disease of the connective tissue that mostly affects the unusually tall, and according to my geneticist, “the most serious complications are defects of the heart valves and aorta,” of which I found out that day, I had both. This disorder put me in the company of a very mixed crowd, as the two other men famous for having Marfans are Abraham Lincoln and Osama Bin Laden.

The doctors were going to cool my body temperature to 53 degrees, manually stopping my heart and lungs from functioning and hooking me up to the “heart lung machine.” Then they would crack open my ribcage, and start carving up my heart like a butcher getting a prime cut of meat, making me some sort of cow. That’s actually not too far from the truth, as they would then use part of a cow’s heart to repair my aortic root. They would then replace my old valve with one made of hard plastics, which they said would last 250 years, but produce an audible tick every time my heart beats, not unlike one you would hear in a watch. As if people didn’t already have enough ammunition to compare me to a certain clock tower in London.

The gravity of the situation never really set in, even until the surgery. I think it was one part shock, but I also like to think that I was able to accept that this was just another stage in my life that I had no control over. I was honestly more upset that I had to cancel my plans to get wasted that weekend in Reno.

Nine days after the appointment, I was ready. After spending the previous night with my family, I made my way to the hospital. They asked me dozens of questions, but I had all the answers already. Like someone who was certain they already knew what they wanted on their sandwich at Subway.

“Do you know what you’re here for?” Yes.

“Do you need spiritual guidance?” No.

“Do you have someone who can make decisions for you if you cannot make them yourself?” Yes.

After the pre surgery preparations, I was apparently visited by my parents one more time. This was after some anesthesia was administered to me. I don’t remember the conversation I had with them, but apparently I told my parents I was “hydrodynamic” (probably due to the shaving). Then I was off to the operating table.

The hospital room was too nice. It was too white, too clean, and smelled too good. Hospitals always smell too good for what is going on in them. They’re also always too bright. Everything from blinding ceiling lights to the piercing glow of the monitors in the middle of the night make sure you always see where you are. It becomes in a way a prison, complete with three awful meals served to you every day.

I had three roommates and and a 13 inch tv to keep me company. One of them was another twenty-something, which is unusual for the heart clinic and all the nurses made sure to tell us that every day. The nurses were great for the most part. The better ones included motherly and fatherly Gretchen and Paul in the daytime, who like my real parents, gave me a lot of advice that I never listened to which would come back to bite me in the ass. There was also Darren at night, who couldn’t have been five years older than me. Our conversations varied from talking about getting drunk at 49er games, to hot nurses. It was a helpful distraction.

After spending eight days in the hospital I was sent home to my parent’s place. The hardest thing to deal with were the mood swings. I would be feeling the best I’ve ever felt to the worst in a matter of seconds. I was told that the Oxy I was on would do that. I wasn’t told about the super surreal and terrifying dreams, or the intense feelings of deja-vu that would shock me to my core and convince me that I was going insane. I remember one time in specific where I had an especially stirring case of deja-vu. I decided to Google “deja-vu after surgery,” only to find that the first four links on my computer had already been clicked.

In this college lifestyle of drugs, binge drinking and general YOLO attitude, it’s uncommon to really face one’s own mortality. And even though I “only” had a 5% chance of dying (and a “much higher” chance of a major complication), I had the pleasure of having the constant nagging presence in the back of my mind that I might not live to see 23.

But, not to ruin the end of the story, I did. Now my future is uncertain and I have new things to worry about. My days of heavy drinking are over thanks to Coumadin (a form of rat poison that doubles as a blood thinner). I can’t skydive or lift tremendously heavy objects, and, maybe worst of all I can’t ever over indulge in salad because leafy greens contain vitamin K, a blood coagulant.

As I sit here writing I realize that I notice almost no trace of the surgery. Aside from the 20 inch scar on my chest, the container full of rat poison that I have to take every night and the constant audible tick of my new heart, it almost seems like it never happened.

Except it totally did. I survived heart surgery, you guys.