Ben Landmesser lies flat on his belly across a long, blue cot towards the left of the stage, with a silver Mac at his fingertips. Play-goers file through the pitch black door of the Studio Theater in the Creative Arts building at SF State, eager to sink their teeth into Shakespeare. One of the English playwright’s earliest works, The Two Gentleman of Verona, serves as the Players’ Club’s winter show and first production of the semester. The cushioned seats of the theater fill to capacity, creating a sloping half circle of spectators around the gleaming black stage. A girl with long, swaying hair the color of straw is selling Three Musketeers, Reese’s, Kit Kats, and M&Ms. The overhead lights finally dim to a warm, glowing yellow, Landmesser is joined on stage by fellow star Michael Saarela, as Valentine and Proteus respectively, to kick off the theater department’s spring season.

The Players’ Club at SF State is a longstanding tradition that has been beloved within the university’s theater department for more than thirty years. According to members, the Players’ Club consists of, “SFSU’s finest actors, technicians, dramaturgy, theatre goers, and everybody in the Theater Department.” Together, the members strive to share quality theater with their fellow students. 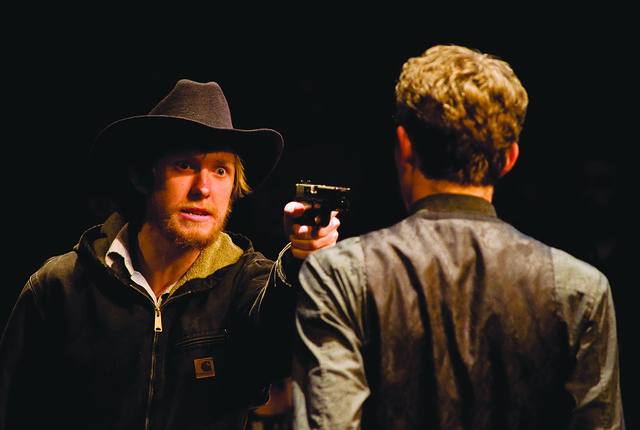 At the start of this spring semester, the Players chose to tackle one of the many complex and comedic stories by the renowned playwright William Shakespeare. Directed by senior and theater major Will Hand, the cast and crew of Two Gents had an unusually small amount of time to prepare for the show’s opening during the first week of February. “The play was a deceptively large undertaking,” says Hand. “But I think it’s the closest I’ve ever come to being an artist.”

With only three weeks of rehearsal for two weeks of performances, those involved with the show had to work especially hard. “They’re the best SF State has to offer,” says Hand, speaking affectionately of his cast and crew. “They’re the Dream Team, because they know how to work hard.” Spending his winter break researching the play and preparing for the start of rehearsals, Hand says the amount of preparation astounded him. “I surprised myself with how much homework I did for this,” he says. “And how I got it off the ground in three weeks.”

The Two Gentleman of Verona is a Shakespearean comedy revolving around two best friends, Valentine and Proteus. After moving to Milan, Valentine soon falls in love with a duke’s daughter, named Sylvia. After joining his friend in the Italian city, Proteus soon forgets his love Julia, and falls for Valentine’s Sylvia, spending the remainder of the play comically plotting to win Sylvia’s heart.
[youtube]http://www.youtube.com/watch?v=U0EscpHlB10[/youtube]

Working together from 9 a.m. to 5 p.m. for five to six days a week during rehearsals, the cast became a close family. “It was really easy to connect with each other,” says Gabby Battista, who plays Sylvia. “We all worked really hard putting this show together.” With active theater students typically spending up to fourteen hours a day on campus, either in class, prepping, or rehearsing, one must be truly dedicated. “It takes a lot to make this a priority. A lot of balancing and multitasking,” says Battista. “We don’t sleep. We just have coffee and find places to nap. Café Rosso is our best friend.” 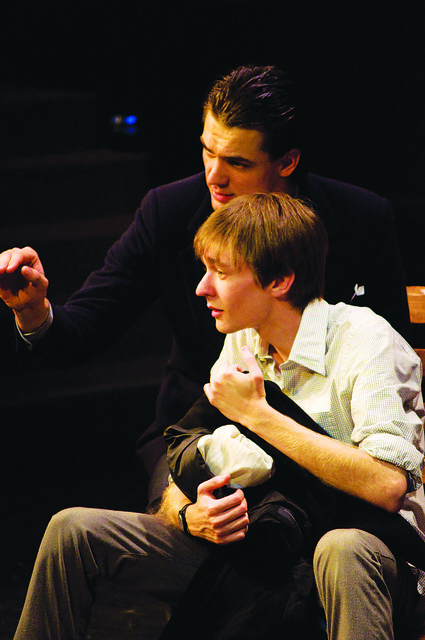 Those in the Club takes pride in their incredible work ethic, especially as the Club and all of its productions and events, “are completely student run in every way,” according to their President, senior Shay Wisniewski. Each year, theater students campaign and are elected into the ten leadership positions within the club. These officers then spend their time promoting and planning Players’ Club events. Receiving no school funding, the majority of their efforts are put into fundraising, “with the proceeds of each production, raised from ticket sales and concessions, thrown right back into the department to help fund future theater events and plays.” And each Players’ Club production is student directed, acted, and designed. Each event also reigns as a testament to their resounding devotion.

Along with their annual winter show, the Players’ Club also holds what is known as Shotgun each semester. Within a forty-eight hour time span, actors and directors will write, rehearse, produce, and finally act out a play based on a one sentence prompt that they pull out of a hat. “It’s the most fun and intense theater experience,” says Saarela. The final products of Shotgun are showcased in the Studio Theater at no cost for fellow theater students, or any member of the public who is interested in watching. “It’s just crazy,” says Landmesser. “People love it. People love doing it. It’s stress reliever.”

The theater department at SF State is both respected and admired by those who have had the pleasure of experiencing it. ”The theater department here at state is just amazing,” says Saarela. “The professors are brilliant, and really dedicated.” Studying theater is not just studying how to act. “At SF State, they teach you everything,” says Hand. “Ultimately you get an education in how to be a producer. You come out of State with tools you’ll need for the rest of your life.” 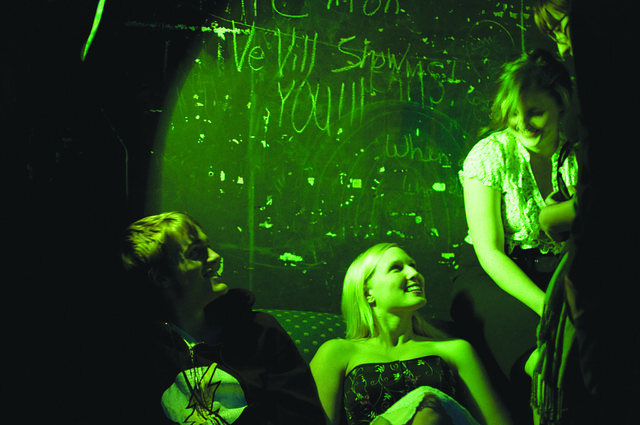 The Brown Bag Theater at SF State is one aspect of the school’s production department where students seem to agree that it is both special and unique. Every week of each semester, Wednesday through Friday at noon in the Brown Bag Theater of the Creative Arts building, theater students perform one hour plays free of charge for their fellow students. “Brown Bag is something very special,” says Saarela. “It’s a crucial part of the theater department here at State.” The plays produced are written, directed, acted, and completely put together solely by students. “Brown Bag is what attracted me to State,” says Brett Hunt, junior and theater major. “It teaches you methods of acting you probably have never been taught before.

SF State theater is no stranger to talent, with big Hollywood stars like Annette Bening, Danny Glover, and Jeffrey Tambor all rising from the university’s theater department as allumns. Mark Jackson, a Bay Area theater star, regularly produces shows in both San Francisco and Oakland. He is also an alumni of SF State and is currently teaching classes. Three SF State alum have also gone on to create their own San Francisco theater company, called HurLyBurLy, recently producing a play called Caligari. The show, originally produced for the Brown Bag Theater, saw two original cast members, Two Gents actors Wisniewski and Landmesser, return to star. “It’s possible in this department to really create and do your own work; it’s limitless,” says Battista.

This freedom of expression and the past success of those hailing from the SF State theater department are giving current students the confidence to set out on their own. Saarela would like to soon begin an improv acting troupe with other interested theater students. He hopes to make the club into a kind of class that would teach the various techniques and rules of improvisational acting, with the goal of eventually touring and performing shows. Hand too has big dreams, hoping to begin a theater production company which he has already named— Do It Live Productions. Hand considers Two Gents to be his company’s premier production. Along with his Two Gents cast member Wisniewski and assistant director Kenny Toll, Hand hopes to start directing and performing shows within the city.

As for plays at SF State, students and others can look forward to the American love story Fool for Love, House of Bernarda Alba, Barbara Seville, and The Fringe to all be performed this Spring- exact dates to be announced.

To those in the Players’ Club, as well as the entire theater department, their craft and what they do is most special and beloved. “Here there’s just a lot of people with passion; you can see it and feel it,” says Baatista. For those apart of the Players’ Club annual Winter Show this year, the hard work and effort is worth it. “Performances are the biggest payoff,” says Saarela, “Seeing people enjoy your hard work. You do it for the experience, and what you’re going to learn.”