Making my way out of the M line, as I get off at the Powell station, I pause before heading towards the stairs and see a drawing. Its captivity perfectly colors a memory that I have lived too often. The piece hangs on the BART wall, next to other advertisements which offer a range of subliminal messages from food delivery services to apparel promotion. The drawing, which seems to be done with color pencil, casually displays three teenage girl friends sitting down, their backs hunched, laughing as they patiently wait for a show. They are all wearing black punk band t-shirts; a Misfits and a Ramones shirt I think I still have tucked somewhere deep down in my dresser. It is obvious their black pants are hand-sewn, as Shizu Saldamando made sure to include every crooked detail on the lining. For artist Saldamando, this drawing recounts her adventures of taking BART into Berkeley to shop for records and attend punk shows. She captures a scene most teenage generations can relate to. Whether it is the bright pink hair or the fact that they are all wearing black from head to toe, it is an image any youngster has walked by or remembers being in. Saldamando, along with four other Chicana artists, evolve from depicting the old as they create colorful art promoting the Latina culture of today. 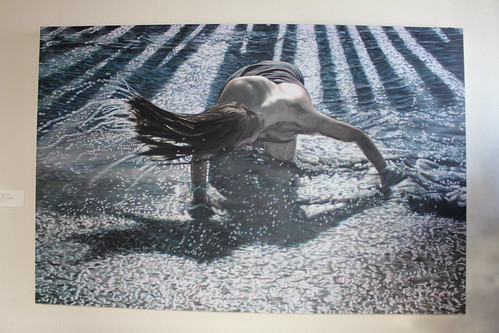 ChicaChic is a new wave of artwork that expands beyond expressing personal identity, reflecting community issues, sending messages of culture, lifestyle and beliefs. Artist Angelica Muro tackles social, cultural, and political problems by using irony and class identity. Muro’s piece, Agricultural Workers in Gucci, is an archival pigment print where a three-piece drawing seems like a simple illustration of workers in the fields, eating lunch. Taking a closer look, there is one female worker wearing designer Gucci heels and matching purse. The workers are black and white, contrasting the majestic surroundings. Muro illustrates detailed flowers full of color, which gives the piece a sense of serenity, diverging the real issue of the drastic conditions workers go through. Muro’s way of displaying issues like this one leaves the observer with questions on how we define certain social economic statuses, and why analyzing a drawing in which a field worker wearing Gucci seems almost wrong.

Another significant piece being displayed around BART stations is a painting of a woman, who is using her knees and hands to lean closer to what seems to be a beach, allowing the ocean waves to wash her hair. The underlying message that artist, Ana Teresa Fernandez conveys is placing herself in a black cocktail dress, her head down as her long dark hair washes the waves at the southern border, where San Diego meets Tijuana. Fernandez feels her piece, Acuario, speaks to the way the exhibition is instilled within a transitory space. “I chose the piece that was specifically at the border, which talks about a place one has to stop at to go to a completely different country, and unlike the BART, it’s a place that you either get rejected to go or not,” says Fernandez.

The posters on BART are an extension of the complete exhibition being displayed at The California Institution of Integral Studies. The paintings can be located at 1453 Mission Street, and the CIIS building is on 695 Minna Street. 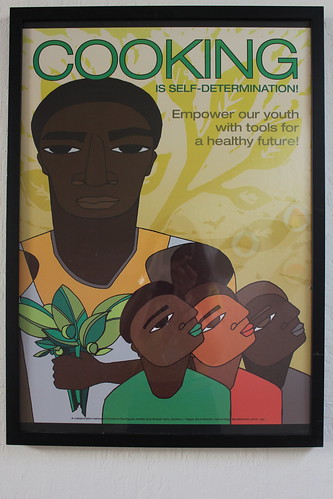 Exhibiting this new wave of Chicana art is an example of the many elements Latina artwork is reaching. Incorporating older techniques like embroidery with creating contemporary images of current issues gives the art a fresh, innovative look. While a range of pieces still touch on traditions and culture, they explore new tactics that indirectly deliver deep community concerns, leaving the observer with much more to ponder.