The Good, the Bad, and the Ugly: Pumpkin Spice Edition 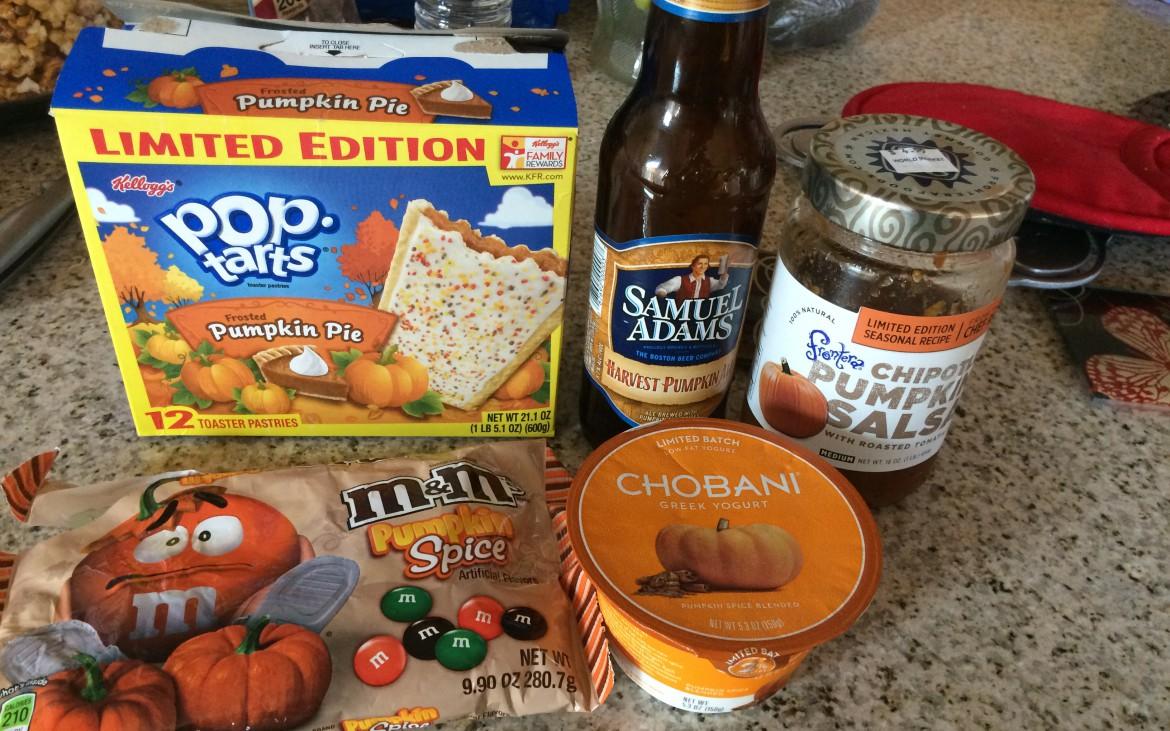 Fall is just around the corner, and how do we know this? Because Starbucks has unleashed their fall drinks including their infamous pumpkin spice latte! Companies far and wide are jumping on the pumpkin spice craze this year and have created a pumpkin spice classics of their own.

Pumpkin Pie Pop Tarts: I tried these two different ways because there are two types of people in the world – those who warm up their Pop Tarts and those that eat them straight out of the package; I felt like I needed to fairly represent both. First, I tried the Pop Tart not warmed up and it was not bad. The pumpkin spice taste was strong as well as too sweet for my preference. I would probably only be able to eat one every so often because it would be too much for me. When warmed up, it was one hundred times better. I felt like the pumpkin spice taste was not as strong. It almost felt like I was eating a warm pie on Thanksgiving. If you are going to eat these, I would highly recommend heating them first. Rating: Good

Pumpkin Spice M&Ms: Actually, these do not taste like pumpkin spice. When I first opened the package and looked at the candy pieces, I thought I was in a world of trouble; they were big and fat and all I could think of was “this is going to be pumpkin spice overload.” I was surprised when I popped them into my mouth and they tasted like normal M&Ms, with the tiniest hint of nutmeg. After eating about four or five M&Ms, I did not even notice the nutmeg taste. Rating: Bad

Frontera Chipotle Pumpkin Salsa: No to all the nos – I did not like this one bit. If someone took a picture of my face when I was eating this, it would have looked like the squiggly faced emoji – the one that looks in pain. The salsa was extremely bland with a weird pumpkin taste and whole bunch of heat. The heat is not what bugged me, it was the pumpkin flavor. There was too much pumpkin that engulfed your mouth with every crunch of the chip and it did not complement the rest of the flavors in the salsa. Rating: Ugly

Samuel Adams Harvest Pumpkin Ale: The beer tasted like a normal ale to me. If I did not know that this was supposed to be a pumpkin beer, than I would not have realized that it had any type of pumpkin in it. It was a good beer, but it did not live up to what was on its label. Rating: Bad

Chobani Pumpkin Spice Blended Greek Yogurt: This was really good in my opinion. It was not too sweet and it did not have an overwhelming taste of pumpkin spice. It tastes like Chobani took a pumpkin pie and mashed it into Greek yogurt. It is really creamy and does not have any chunks in it like some Greek yogurt can have. I also really like the light orange color it has. Rating: Good

In the end, most of the products I tasted were not that bad and I think that a lot of people would like them if they like sweet foods. I’m not a fan of super sweet food, which is why I liked the Chobani yogurt the best. Pumpkin spice is a great blessing in disguise and I will always give a new pumpkin spice product a try just because I love it that much. Now, I am off to get yet another pumpkin spice latte and welcome fall!