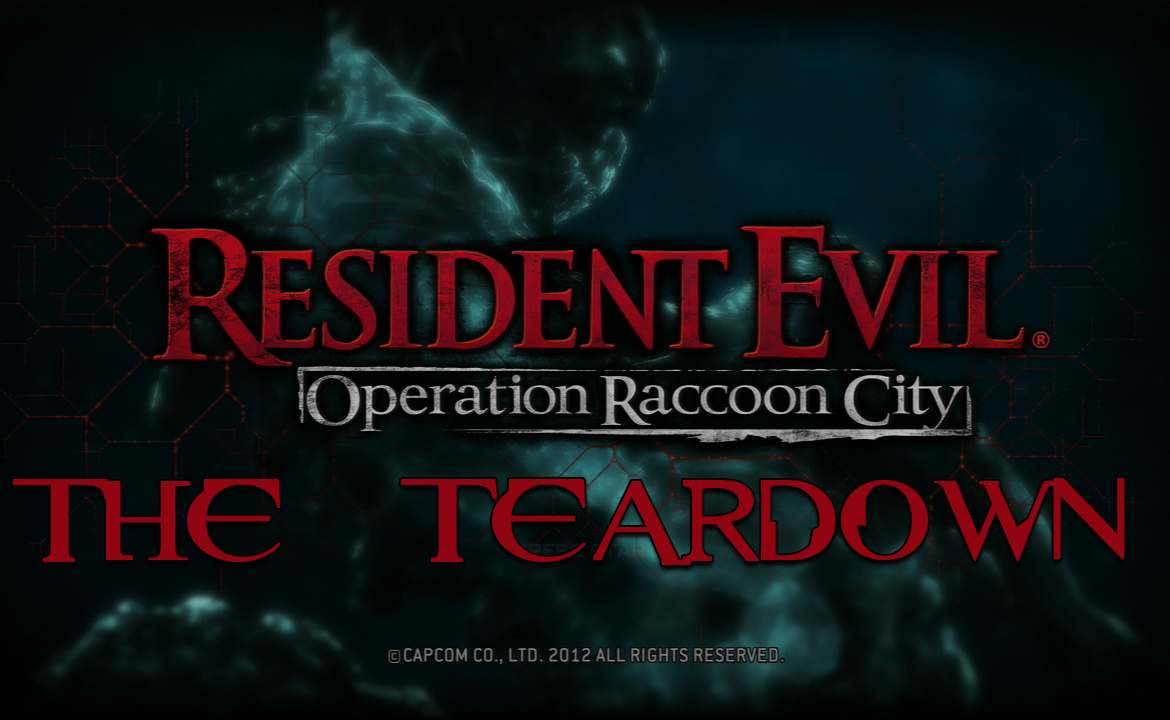 What is that? A fetus? A zombie fetus? My ultrasound pictures? The answer never arises, nor will it ever. After admitting that the game had “flaws” and then completely closing a bit after launch, developer Slant Six’s last big game does not inspire confidence to anyone looking at the title with intentions to have fun. That is why most games are played, right? After playing through the entirety of Resident Evil: Operation Raccoon City, I am not too sure that is a correct theory anymore.

After scrounging through the four or five hours it takes to complete RE: ORC, I could not find the aforementioned “fun” in any of the corners of the game. I even went out of my way to look for it too. I tried diving around using the pathetic dodge move. I tried watching others dive around. I tried… just about everything the game could, which is wherein lies the problem in this shallow pool of trash.

For a game that was once sixty full American dollars, there is almost nothing to do but shoot zombies for a handful of hours with a couple of suckers on the Internet. They are not even cool zombies either. No clown zombies. No stripper zombies. Nope. Just the plain Jane zombies over and over and over and over again. You shoot them for far too long and you move on as you curse at the video game gods. Because those zombies get the release of death. You, on the other hand, have to keep enduring the stench of Operation Raccoon City’s bland shooting.

Or you just move on without most of the shooty parts. The game is short already but more so when you just sprint past most fights because the game lets you in most situations… and that is usually the best strategy. You read that right: The best way to play is to not play it when you get the chance. Mission objectives become an Olympic dash to the finish line. A finish line of sadness… and bad shooting.

A few situations mandate murdering the onslaught of zombies, but, much like those zombies, no thought has been fed into these encounters. It is like the combat designers just said, “yeah. Fuck it. Throw all the zombies in that arena so we can go get high and watch Star Trek.” The lame shooting gallery of the walking dead is mind-numbingly banal especially when you factor in the inaccurate, pathetic-sounding firearms. Shooting confetti would hold more impact since it would at least give the environments some color.

Some games usually get berated for being a wash of browns and grays—that makes sense. Seeing a scenery filled with browns can get monotonous. I have seen a wider color palette in piles of vomit than I have in Operation Raccoon City. Ugly gray and brown zombies fuse into ugly gray and brown backgrounds. It becomes visual gumbo pot of all different forms of sewer water. Nothing gives your eyes a break unless you close them and imagine something better. Anything.

Besides the awful, forced cooperative play, there is competitive multiplayer as well. It is a good mode because you can pinpoint the poor souls who still play terrible games years after launch. That is your cue to never talk to or interact with those people ever again. People who voluntarily play this game instead of doing literally anything else are not people you need in your life period.

Resident Evil: Operation Raccoon City left me speechless and, obviously, not in a good way. Most bad games make a spectacle of their inferior quality, becoming mere marvels in their extreme mediocrity. But RE: ORC does not do that. Do not misunderstand: Resident Evil: Operation Raccoon City is still very much a horrendous game, but it is so barren in content that it is almost hard to continue to find aspects to harp on. It is almost as if this brief reflection must reflect how anemic the game is. Short or not, I do not want to think about RE: ORC ever again; that is probably the most damning thing I can say. If given the chance, I would throw this raccoon down the stairs… forever.